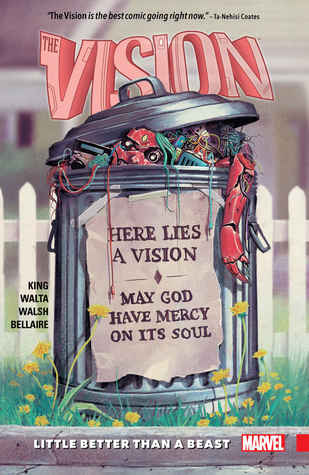 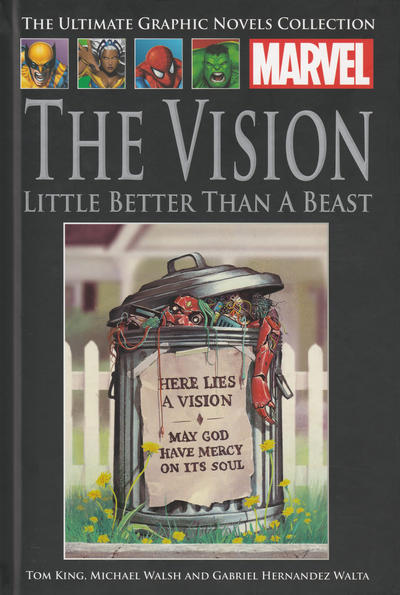 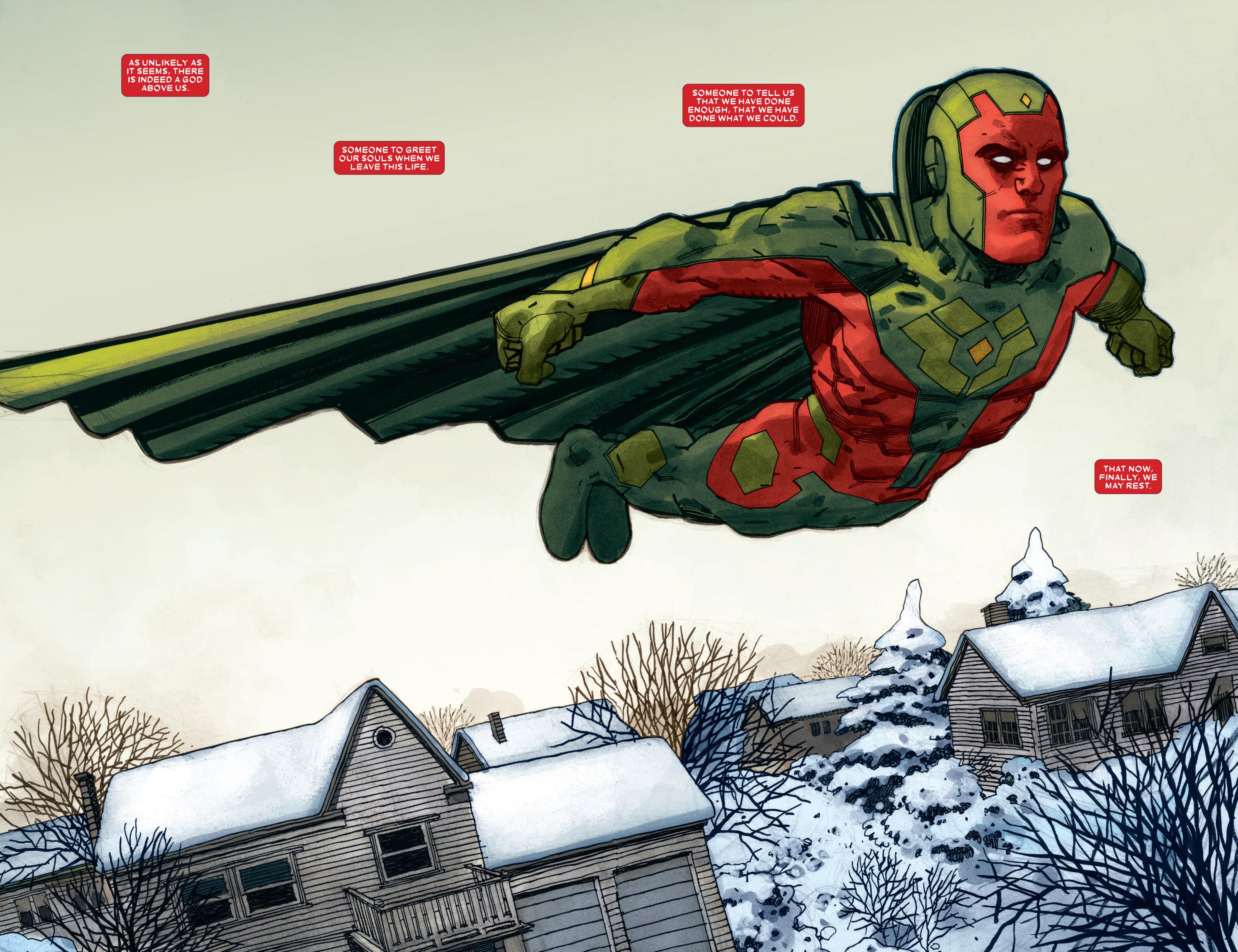 There can’t have been many graphic novels in 2016 featuring mainstream superheroes that had a more individual flair than Little Worse Than a Man. Tom King used the android Vision and the wife and children he created as analogues for present day family life in suburbia, creating a dark sitcom satire with crime and horror undertones. It ended with the Vision, one of the Avengers in case we forget, lying to the police about a crime he knew took place.

That’s all swept under the carpet as the opening chapter takes a look at the dynamics of the odd relationship the Vision once had with the Scarlet Witch during more innocent times. The Vision evolved from emotionless android to machine in love, and King details the process in a charming manner, expanding on matters and explaining them while Michael Walsh’s art is ideally suited to a change of pace chapter.

It also serves as a passage from what had frequently been the light domestic comedy/drama of the first book into the far darker sequence of events comprising Little Better Than a Beast. The idea of social conformity and the way it stifles individual creativity remains under the microscope, and there’s the introduction of the more insidious idea of how concern about preventing something often ensures the inevitability of that event. King’s made little secret of his previous CIA employment and this, therefore, isn’t random extrapolation. The parallels appear plain.

Over the opening volume King frequently foreshadowed that his limited story didn’t end well, and that’s expanded upon early with a repeated prophecy from an impeccable source concerning the Vision and how his plans will have dire consequences for the both the Avengers and the wider world. Concerned about this, the Avengers plan to monitor the Vision without arousing his suspicions. It’s worth noting how a similar plot expanded into the bloated mess of Civil War II, but over the course of a dozen chapters in two books King and Gabriel Hernandez Walta cover the essential moral and philosophical bullet points far more efficiently.

More so than most superhero comics, Hernandez Walta is an equal partner in the creative success. He manages the incredibly difficult task of engendering sympathy for what are supposed to be emotionless beings. When the result of emotional suppression explodes he’s equally good at creating a visual distance, and his idiosyncratic approach results in a consistent sympathy. There’s a particularly good sequence with the Vision and his daughter as we near the final chapters, attempting solace in something neither considers likely. It can be imagined how this would look illustrated by a standard superhero artist, even a very good one, and it would lack the same emotional pull.

There is an element of compromise about the ending. It works well, yet there’s a way in which it would work better, but which would also involve future use of the Vision being severely restricted, and any further use undermining this story. Maybe better as is, then.

Over two books The Vision has presented a unique use of a superhero, something it’s become increasingly difficult to claim (with any honesty, at least). That alone would make King and Hernandez Walta’s work noteworthy irrespective of creative success, but it is a monumental success. Not quite perfect, but almost there and worth anyone’s time and attention to absorb what the creators have to say. It’s better read collected in the single volume as The Vision.