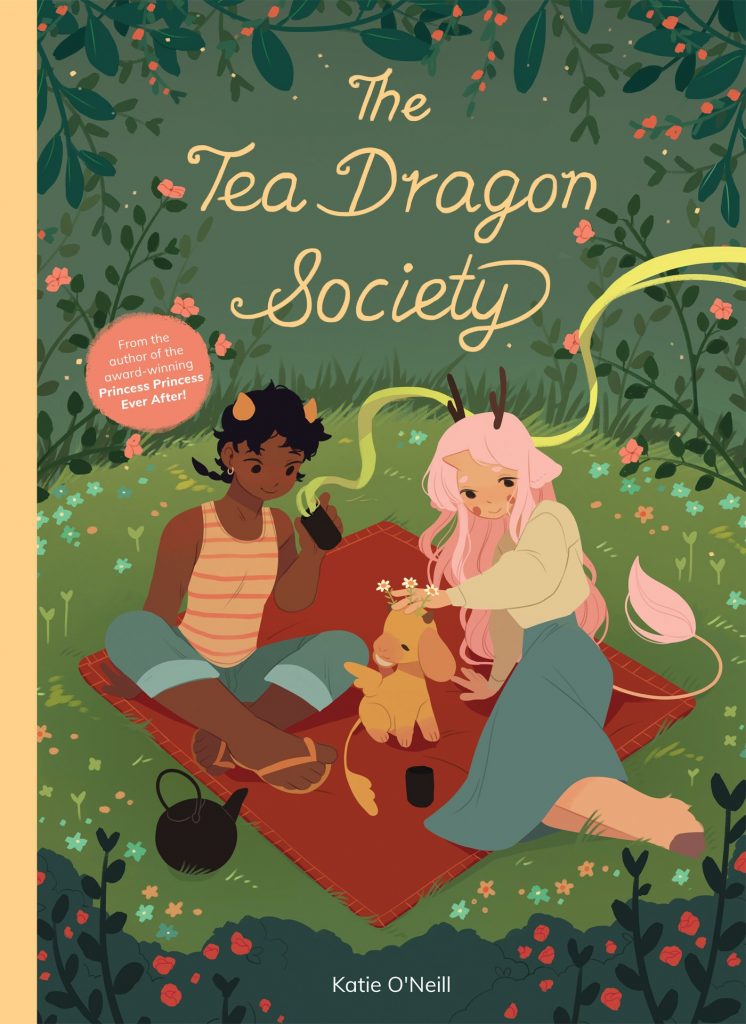 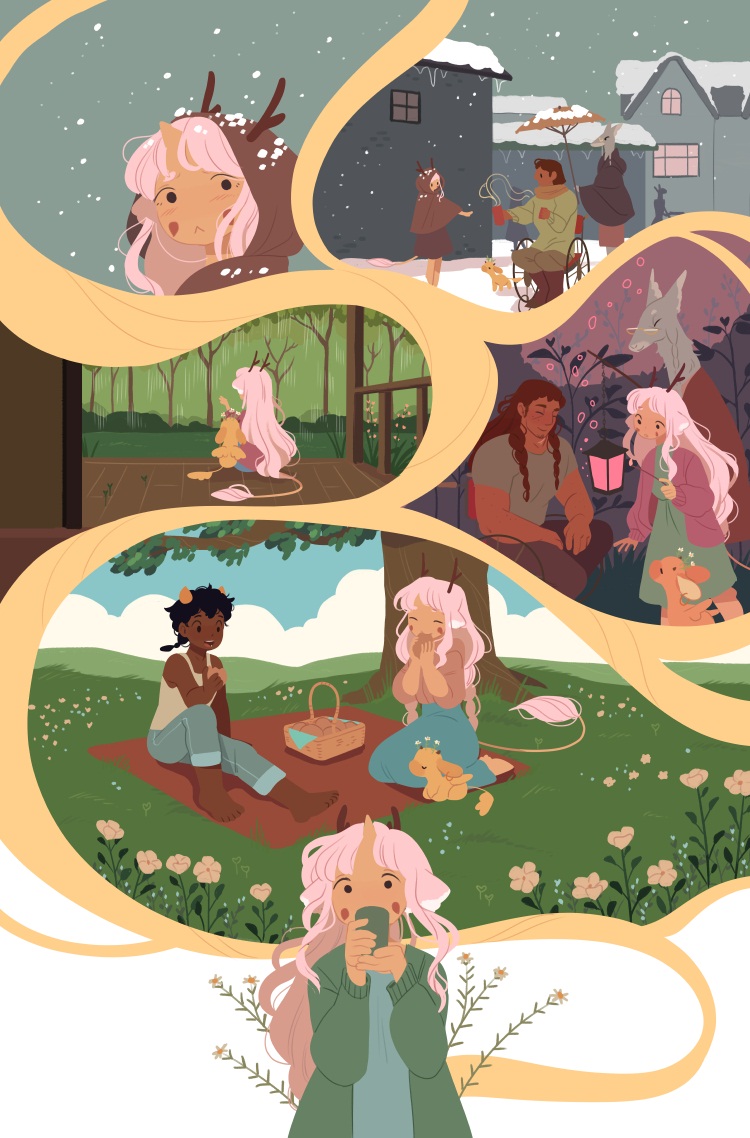 Katie O’Neill’s timelessly charming cover evokes the warm feeling of a favourite childhood picture book, and while the adage of never trusting a book by its cover usually applies, that illustration’s indicative of The Tea Dragon Society throughout. O’Neill’s created a visually distinctive look avoiding black outlines, and it spills down to the lettering, in balloons, but not the traditional black on white background. The entire visual impression is designed to appeal to young girls, but without the saccharine and obvious nature of other projects with that intention. The use of pink, for instance, is subtle.

Again, as the cover displays, The Tea Dragon Society takes place in a world that’s not too far removed from ours, one with fantasy elements introduced into an idyllic community existing without machines. The cast look human, but are horned, and unusual creatures accompany those more familiar. A Tea Dragon is especially rare, and prized for the exotic tea that can be made from drying the leaves that grow from the twigs on its head. O’Neill splits her story into four chapters following the seasons, so we follow Greta, a friendly and considerate young girl over a year of her life. She meets the mysterious Minette, learns to care for Tea Dragons and absorbs the value of memories.

A wistful plea for the art of patience is perhaps going a step too far when engaging children, but otherwise The Tea Dragon Society should engross on every level. O’Neill has ensured any conflict is minimal and non threatening, which feeds into the serene mood cultivated throughout, and there’s a subtle look at same sex relationships.

The background concept work is laid out after the story, where it becomes a little Pokemon-like as O’Neill details the various Tea Dragons and their histories, and the importance of tea and ceremonies. It filters Japanese culture, also apparent in the story, seemingly influenced by Studio Ghibli’s more pastoral animation. It’s perhaps no surprise to learn the assortment of differently designed Tea Dragons has prompted a card game.

The 2018 Eisner Awards acknowledged the care taken with The Tea Dragon Society by awarding it the Best Publication for Kids. 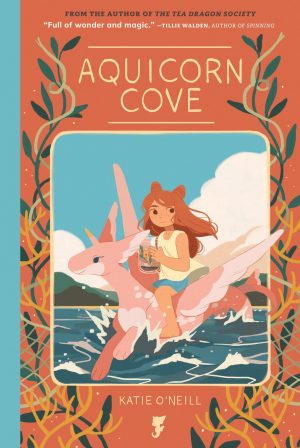