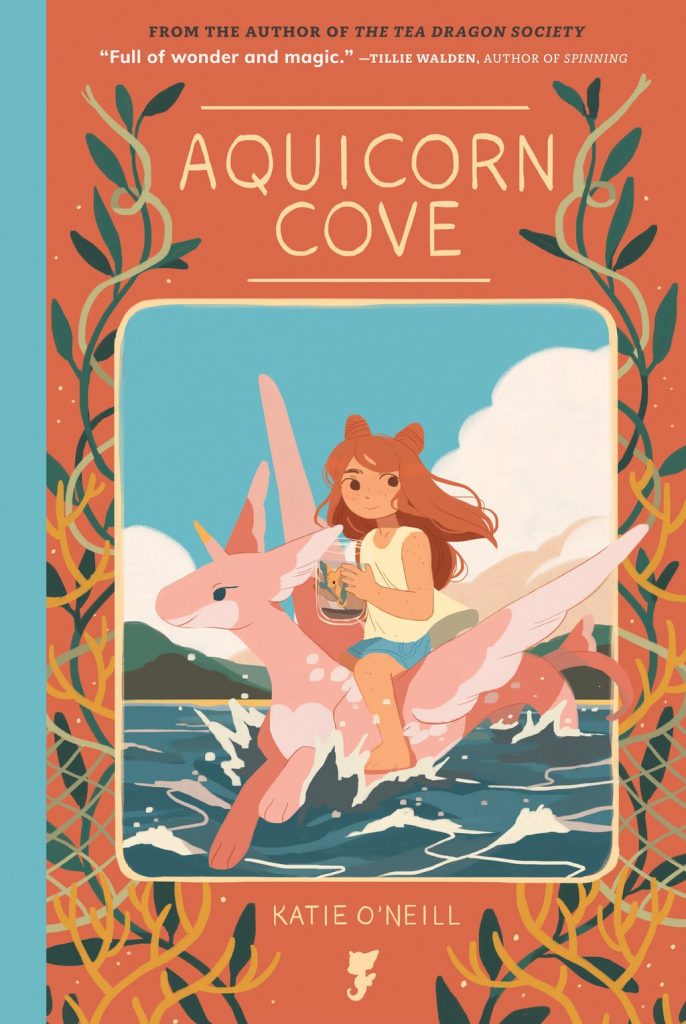 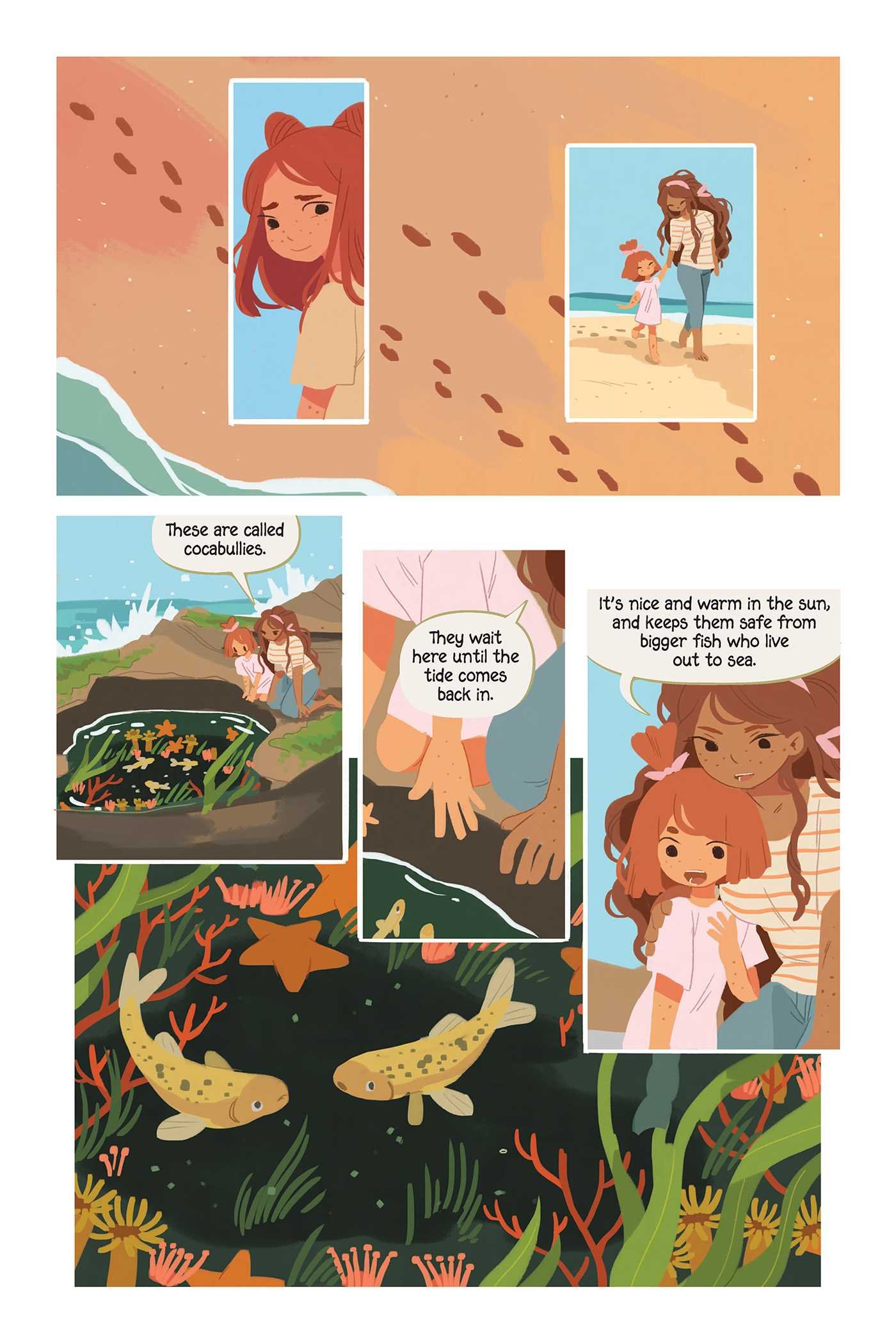 When in summer 2018 Katie O’Neill’s The Tea Dragon Society won the Eisner Award for Best Kids Publication, it raised expectations for publication of Aquicorn Cove later in the year. It’s a very different kettle of fish, so to speak.

Instead of a fantasy setting, Lana lives in the real world, although with a fantasy intrusion. She’s school age, yet relatively young, so it can’t have been that long ago that her mother died, but she has memories and has been instilled with her mother’s love of the sea. There’s also a respect for the power of nature, and we meet the remainder of the cast in a small and isolated coastal community that’s experienced a damaging storm.

O’Neill’s illustrations continue to avoid black outlines, and possess the cheerful character of the drawings found in children’s books, each of her cast memorably upbeat and positive. As was the case with the Tea Dragons, there are differences in the assorted Aquicorns, but their design and colouring move far closer to the likes of My Little Pony. It’s not a major step to imagine them marketed in similar style.

For much of Aquicorn Cove the writing has an understated quality. Lana’s first person narration relates coping with her mother’s death, nicely aligning it with the discovery that tasks she made look so simple actually aren’t, combined with an illustration of fried eggs sliding out of a heavy pan. Rather than a message about coping with loss, it’s more in the way of guidance, as lost objects returned in the story aren’t comparable with a lost mother. The primary conservation message only occurs late in the book, as the dangers of over-fishing are explained. It doesn’t quite descend into preaching, but as the target audience is young children the effect of over-fishing and what it causes have to be explained comprehensively in terms they can understand. It begins to overwhelm the charm for adults. The more precocious children can also read the text pages in which O’Neill outlines the problem in greater detail, and even adults can learn from it.

There’s a calculated serenity to Aquicorn Cove, and an absence of physical conflict, problems resolved by airing them and discussing the effects and outcomes. We could all learn from that. While having a widespread appeal, this is more a story for youngsters themselves, not one adults are as likely to enjoy as much.