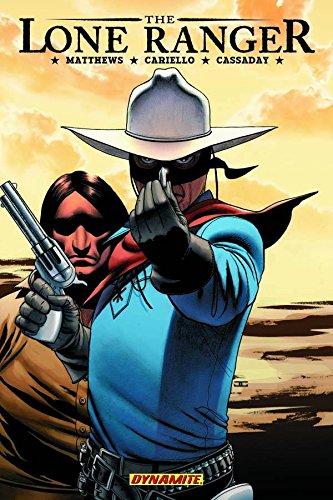 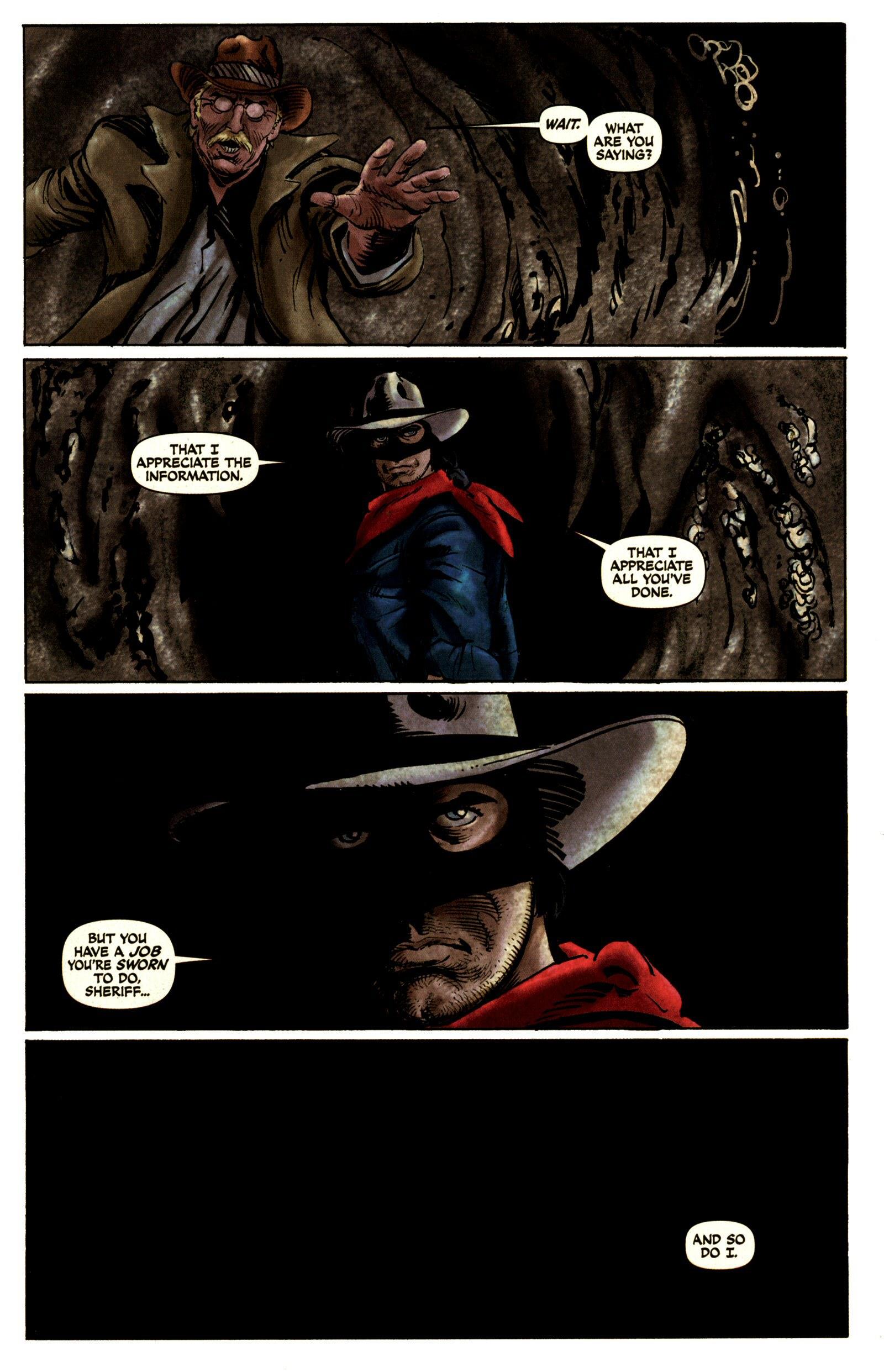 An unusual feature of Brett Matthews’ writing is that he’ll let Sergio Cariello get on with the job of telling the story without plastering the pages with excess dialogue and captions. This is far less common than might be presumed, and best showcased in an early chapter here with the Lone Ranger and Tonto’s primary contribution being to bring a runaway coach to a halt in perilous circumstances. It’s great.

Our hero’s motivation, though, is to bring unreconstituted villain Butch Cavendish to book for arranging the murder of his father, his brother and three others. That will have to wait once again as the Lone Ranger first has to clear his name since someone’s been murdering people using his trademark silver bullets.

This is the longest of the four volumes, presumably as there’s no convenient point at which it can be broken down into slimmer books. Matthews has a fair number of plots to resolve, and he does so in immensely satisfying and continually surprising fashion. There’s a subplot, for instance, where the reader has been led a merry old ride over the previous three books. In Scorched Earth the Lone Ranger finally committed to an honest conversation with the attractive wife of his dead brother, yet here attempts to duck the issue until she forces it. Surely no-one saw where that was heading. And that’ll be the case with several other elements well seeded in what we’ve already read.

One of the many things Matthews achieves here is an inspection of ethics. Vigilantism is central to the Lone Ranger, so does one upright man’s sense of right and wrong provide entitlement? Does entitlement to overstep boundaries accompany official status? Does adherence to a personal interpretation of religion permit atrocity? If applied to the national politics of the early 21st century when the material was written, these are very pertinent questions, but Matthews never lets them overwhelm what’s primarily a stonking good adventure.

Tonto has been very much the mystery from the start. He’s perpetually sullen, yet resolutely sure of his moral ground, but his background has remained a mystery. It’s not a point central to the overall story, but it’s mopped up with everything else outstanding.

If there’s a weakness here it’s that Cavenish has become too arch, gone too far down the road of the melodramatic moustache-twirling vaudeville villain. Contrast it, though, with his brooding malevolence and his capacity to surprise and the balance weighs just about in favour.

Everything Matthews has been leading up to concludes here, and we’re left with a fully formed Lone Ranger with a fully formed purpose. The series continues under Ande Parks’ direction with Hard Country, but it’s Matthews who writes The Lone Ranger and Tonto. This book is available with the remainder of Matthews and Cariello’s work in an oversize Omnibus edition.