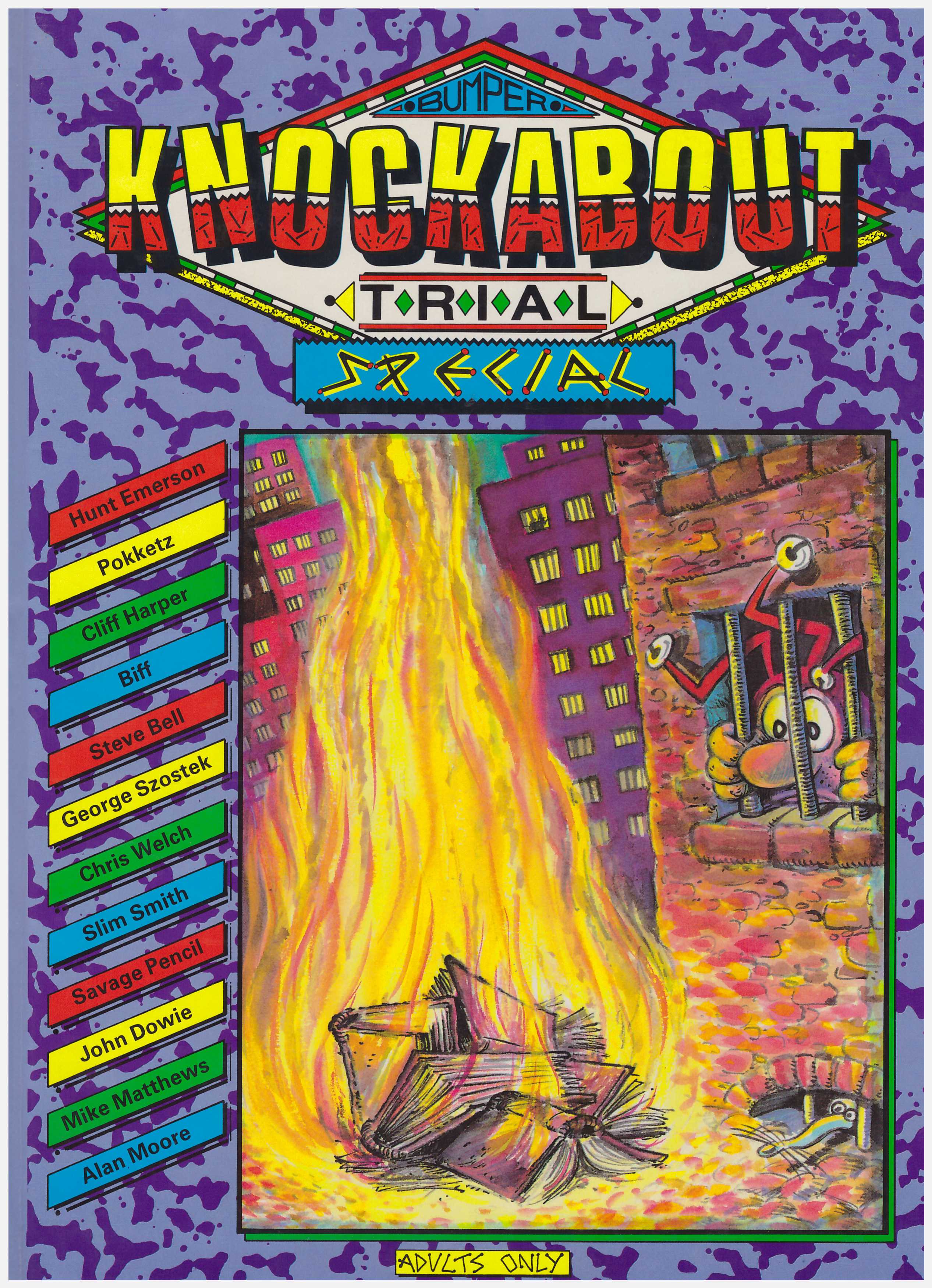 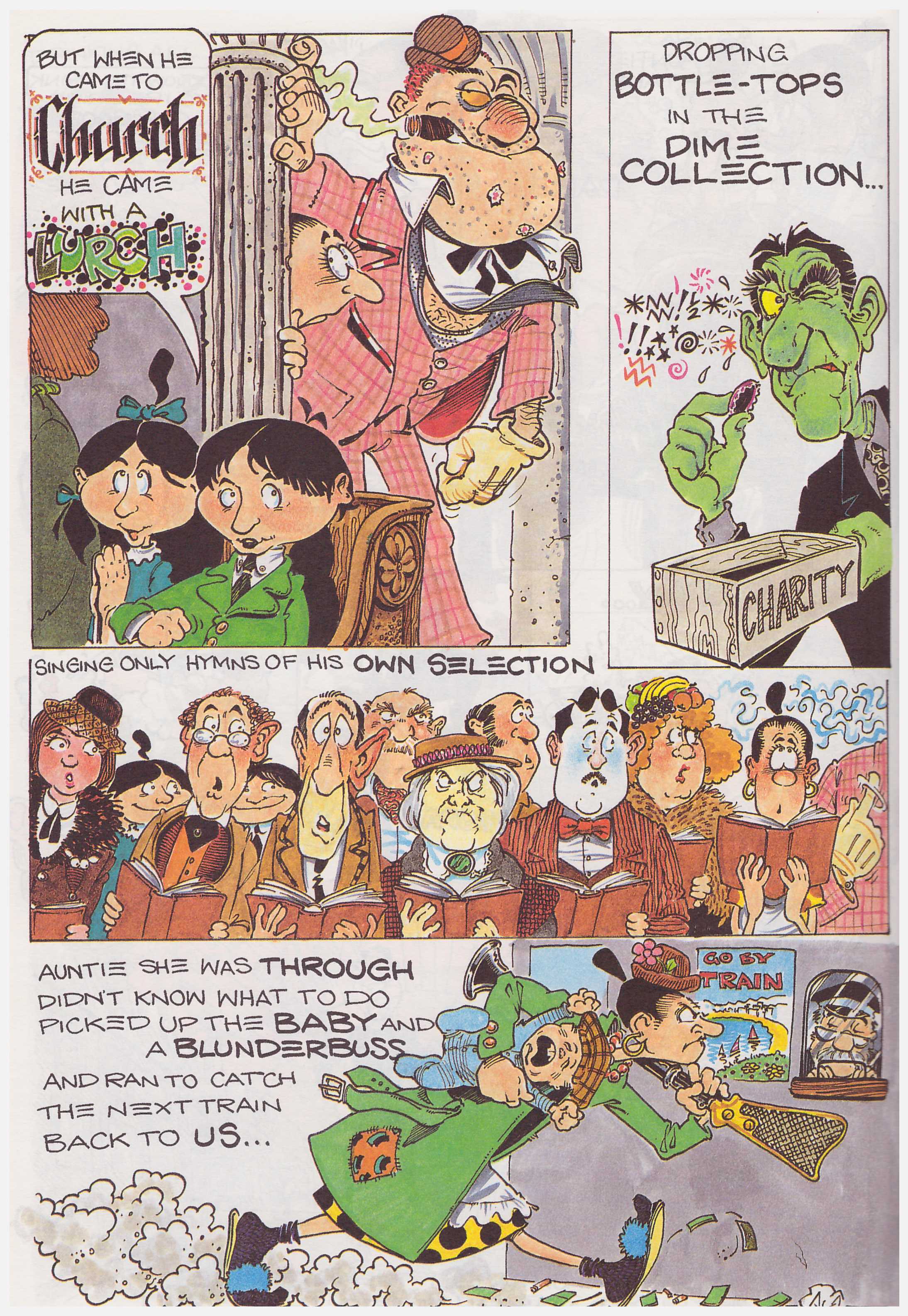 From the mid-1960s Knockabout Comics were the primary distributors of Underground comics in the UK. Unfortunately, as a small company they were also an easy target for over-officious police and customs officials arranging for prosecutions. These were under Britain’s archaic Obscene Publications Act, under which the comics were deemed likely to “deprave and corrupt”. Despite Knockabout winning every case, their tormentors had unlimited resources, and the harassment continued. 1984’s high court appearance was particularly stressful, stemming from a 1982 raid in which much stock was confiscated, with consequent cash flow problems. The objections this time concerned drug references in comics.

The Knockabout Trial Special was produced to fund the defence of this case, and was in effect a more lavish version of Knockabout’s own anthology title, which was a hit and miss affair. The two workhorses here are Hunt Emerson and Mike Matthews, poles apart in terms of approach, but both falling within the broad sphere of cartooning. Both obsessively fill their panels, Emerson with visual gags and Matthews with black ink. He combines satire and horror, with a frenetic delivery and was well ahead of the game with a strip titled ‘Homeless, Starving Orphans versus Bloodthirsty, Crazed, Killer Radioactive Zombies from Venus’, every bit as daft as it sounds.

Emerson supplies three strips. The weakest is ‘The Borders of Buffoonery’, which appears to be included to fill otherwise unclaimed pages, and lives up to its title, presenting whimsy for readers of the Fortean Times magazine, without concluding. It’s nicely drawn, but meanders. A half page commentary about news is well made, but his highlight is a glorious Max Zillion strip, here for the first time in primitive colour. This time the down at heel horn player is actually hired for a gig, but it doesn’t live up to the billing. Eight pages of glorious cartooning provide the collection’s highlight.

The remaining content, around a third of the book, drops into either the acquired taste category, or can be acknowledged as well-meaning and generously donated, but ultimately not as funny as intended.

Thankfully, enough money was raised to mount a successful High Court defence, which proved a landmark ruling. Raids on Knockabout’s premises almost ceased, and the threat of censorship in Britain withdrew. 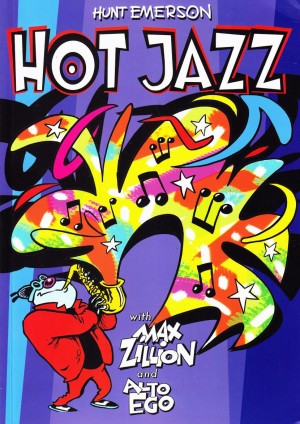 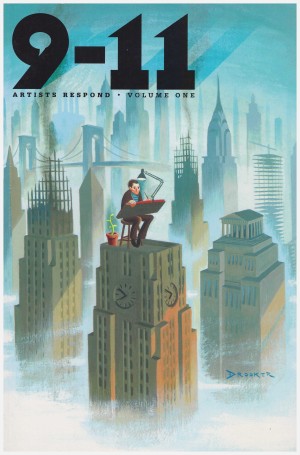