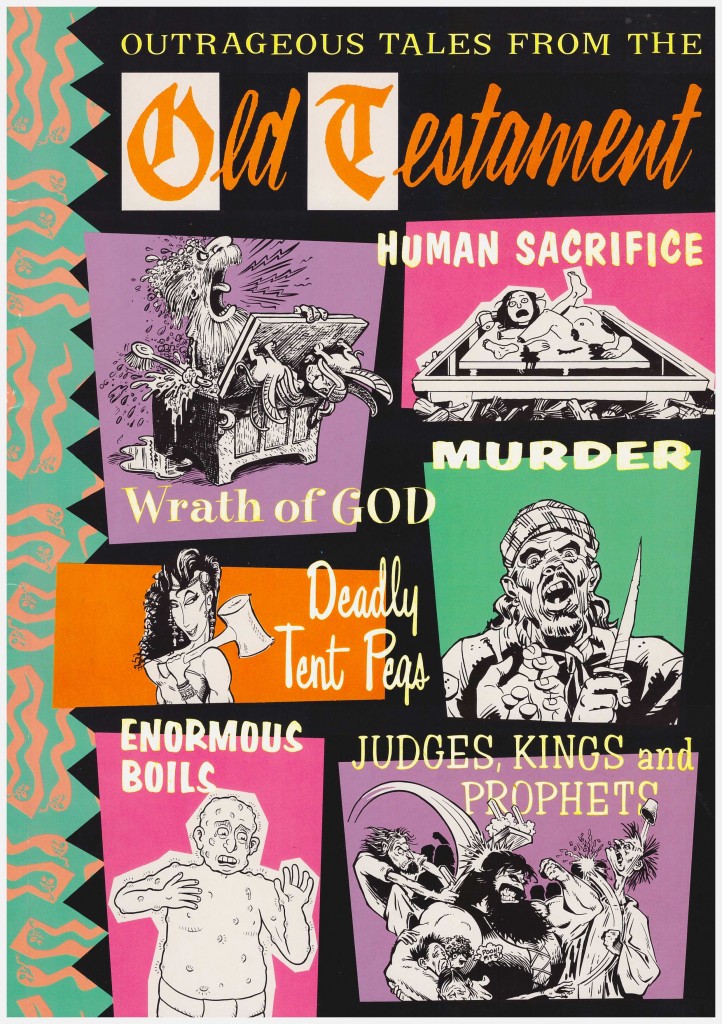 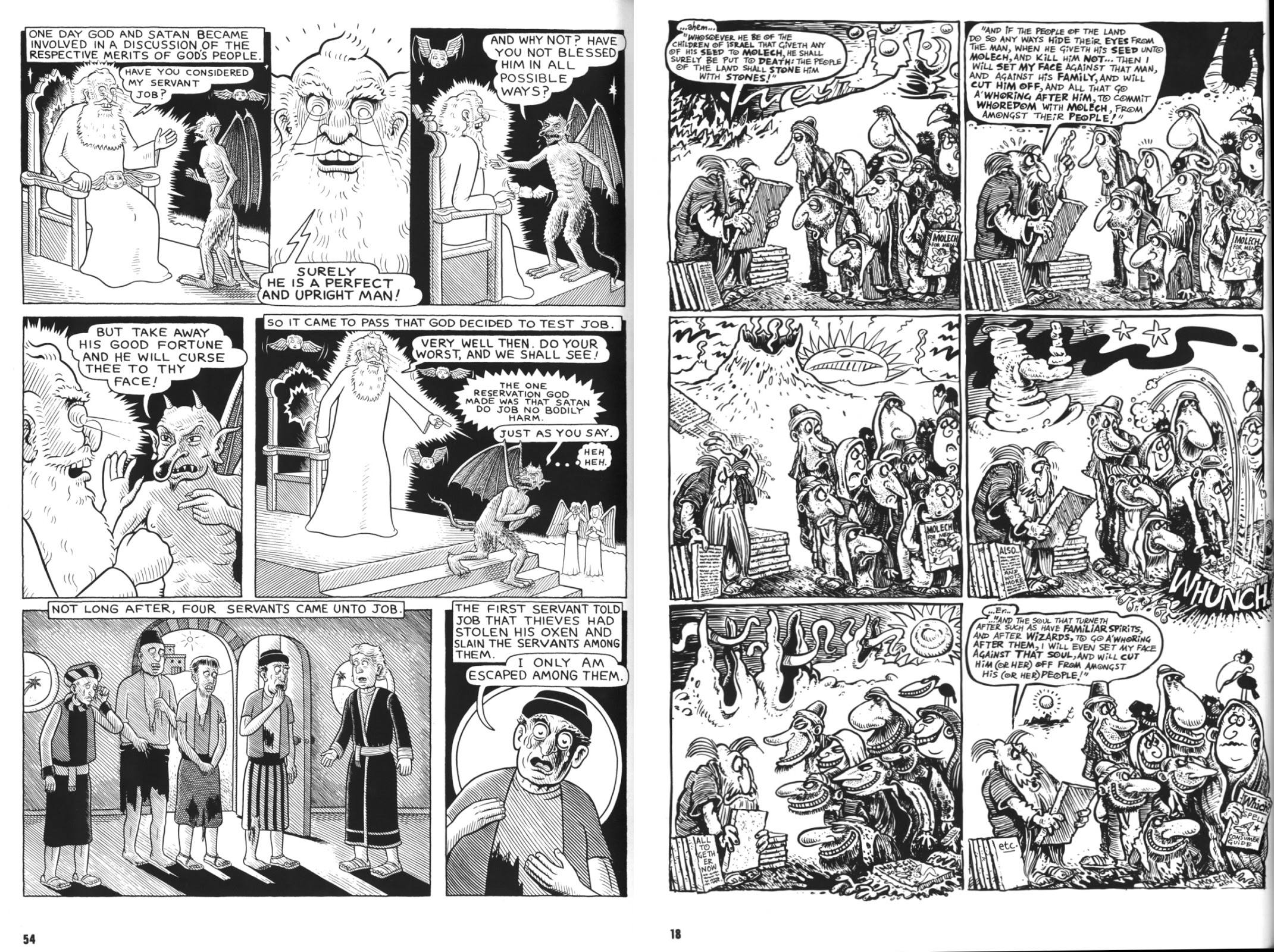 Starting up their business in the late 1960s, Knockabout were for almost twenty years the primary distributors of American underground comics in the UK progressing to publishing their own editions. An occupational hazard of importing underground comics, though, was frequent and persistent persecution under Britain’s archaic obscenity laws. The police saw Knockabout as an easy target: a small publisher unable to afford the cost of frequent court appearances. Luckily, Knockabout had friends, and winning every case eventually sent a message.

When Outrageous Tales from the Old Testament was published Knockabout had just emerged with their reputation unscathed from yet another court appearance, and there was a definite agenda attached to this book. It was to reveal that the Old Testament, mainstay of the Bible, and housed in every church in Britain, contained material every bit as obscene as that for which Knockabout were appearing in court.

Although not a fund-raiser, the pointed subject matter attracted a higher level of contributor than was customary for a Knockabout anthology. Neil Gaiman, then only starting his career, adapted much of the material from the source, which was then illustrated by regular Knockabout contributors. The utterly depraved and maniacally detailed style of Mike Matthews is put to good use bookending the particularly perverse Book of Judges in the style of an old EC comic, although Steve Gibson gives him a good run on the depravity scale. In keeping with editorial directive, Gaiman’s scripts play up humour in a manner largely absent from his later comics work.

Highlights include a very tasteful re-telling of Sodom and Gomorrah’s fate by Dave Gibbons, Kim Deitch bringing his disturbingly creepy style to the Book of Job, and Graham Higgins portraying Samson’s over the top exploits. There’s also a Brian Bolland page reprinted from the Knockabout Trial Special, and rare Dave McKean art, but the best strip is Alan Moore and Hunt Emerson’s interpretation of Leviticus chapter 20. It deals with God informing Moses of how assorted transgressors are to be dealt with, and Emerson’s salacious tribesmen relishing the task of setting about their fellows as each sin is revealed are gloriously exaggerated.

As with almost all anthologies, though, this is a mixed bag with one strip of lesser appeal for every strip that’s a triumph.