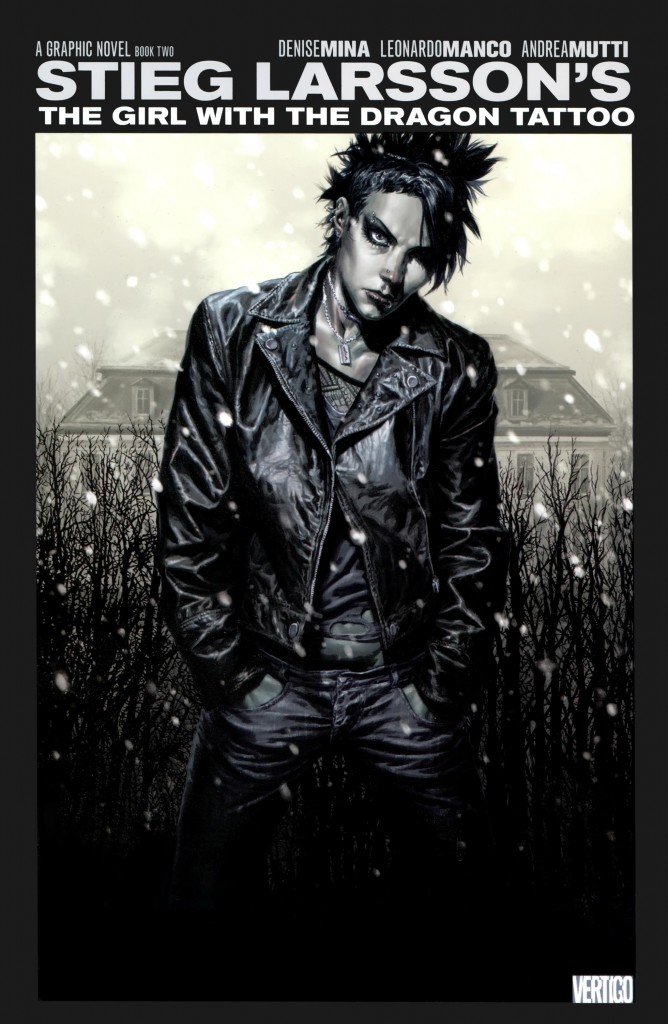 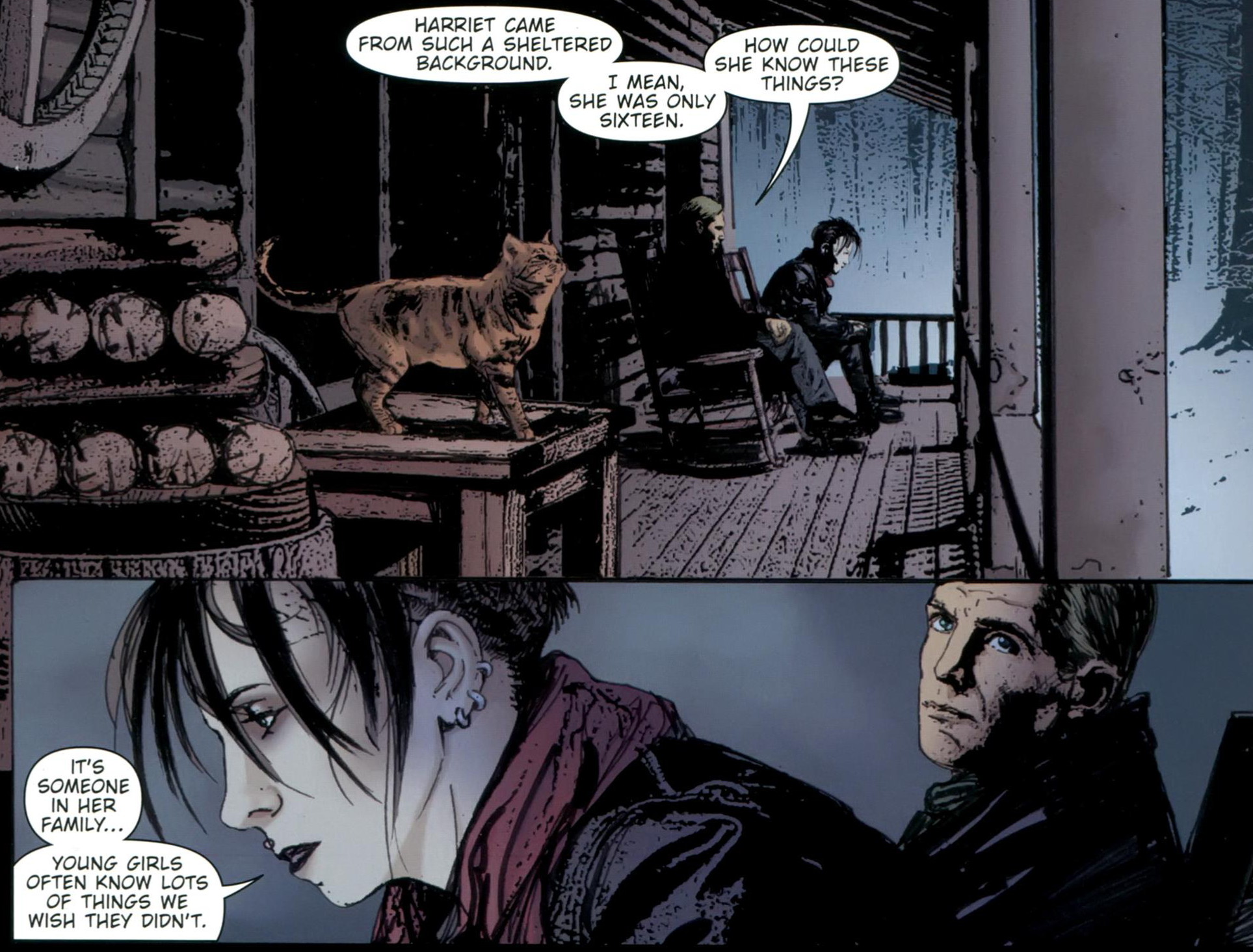 Many of the problems with this concluding portion adapting the global best seller stem from the original novel. The answer to a sequence of numbers that has allegedly stumped investigators for decades is revealed as something any half-decent investigator would have considered. Then there’s the inexplicable allure of middle-aged journalist Mikael Blomkvist. One can always speculate about the relationship between an author and their lead character, and his bed-hopping isn’t central to the plot, so it continues to puzzle, despite artist Andrea Mutti scrubbing Blomkvist up considerably for the visuals.

This concluding segment is carried considerably more by the art than the first volume, Denise Mina breaking Stieg Larsson’s plot down. As previously Mutti draws the scenes featuring Blomkvist and Leonardo Manco those following investigator Lisbeth Salander, the titular girl with the dragon tattoo, and when they meet scenes are shared.

Hired to investigate the disappearance of one person, Blomkvist and Salander eventually uncover a string of others missing and track them to someone who’d certainly be top of most readers’ list as culprit for the original case. It’s sordid, deliberately unpleasant, yet, sadly, nothing any regular reader of crime fiction hasn’t read before. Once that’s dealt with the focus returns to the original disappearance and the investigation that inspired corporate chairman Henrik Vanger to hire Blomkvist, and what’s previously been rather a mundane story takes an almighty leap upward in quality. Some of this is down to Mina, whose muddying of the final meeting between Blomkvist and Salander creates a puzzling conclusion consistent with the manner in which she’s portrayed Lisbeth. It’s infinitely preferable to the motivations of her character in the novel.

The choice to use two artists was wrong-headed, but most remaining flaws are merely transposed from Larsson’s work, so over two meaty chunks this seems a credible adaptation. That is until Sylvain Runberg proved what could be done adapting the same material in a European alternative. The series continues with The Girl Who Played With Fire.