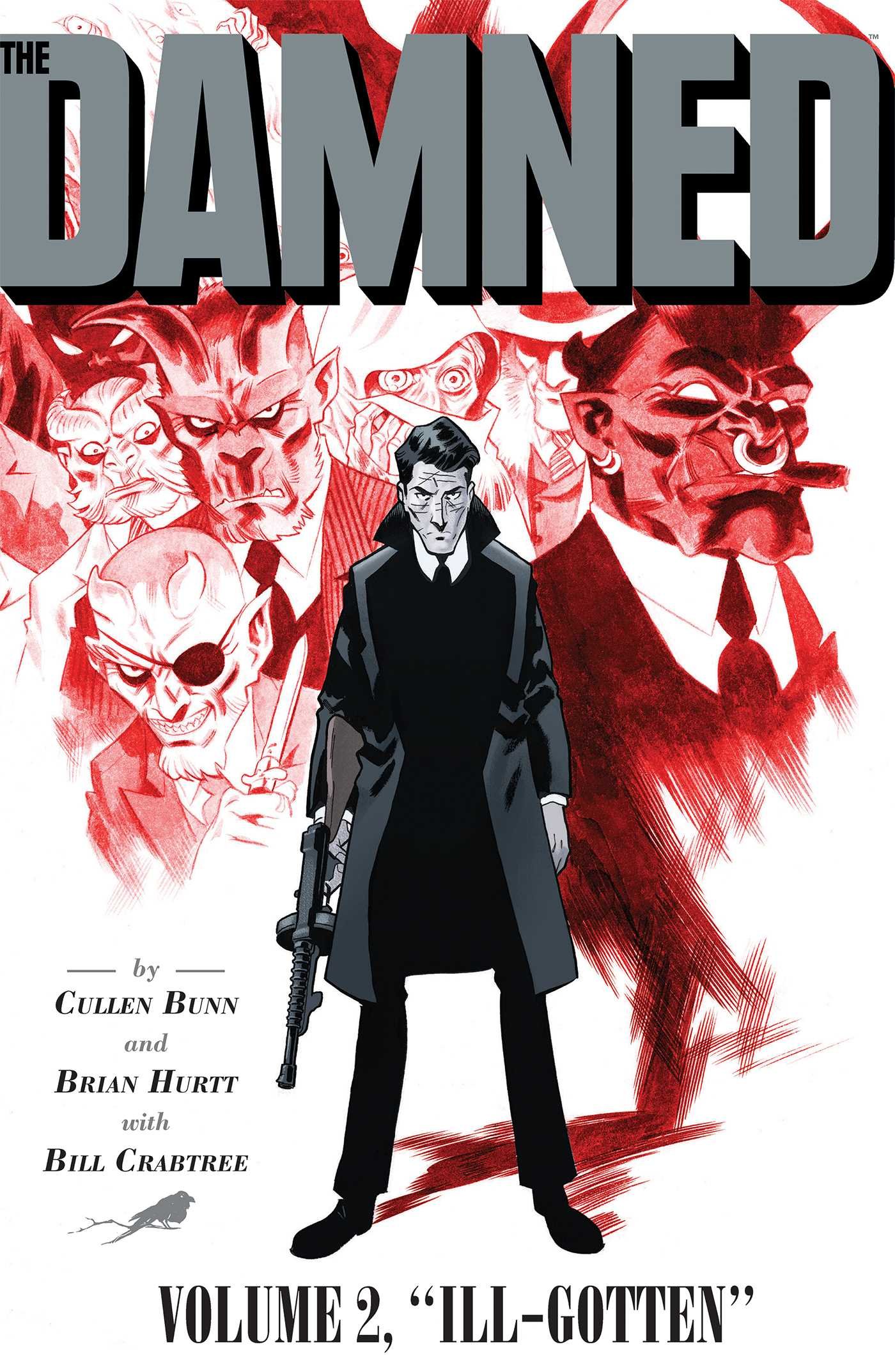 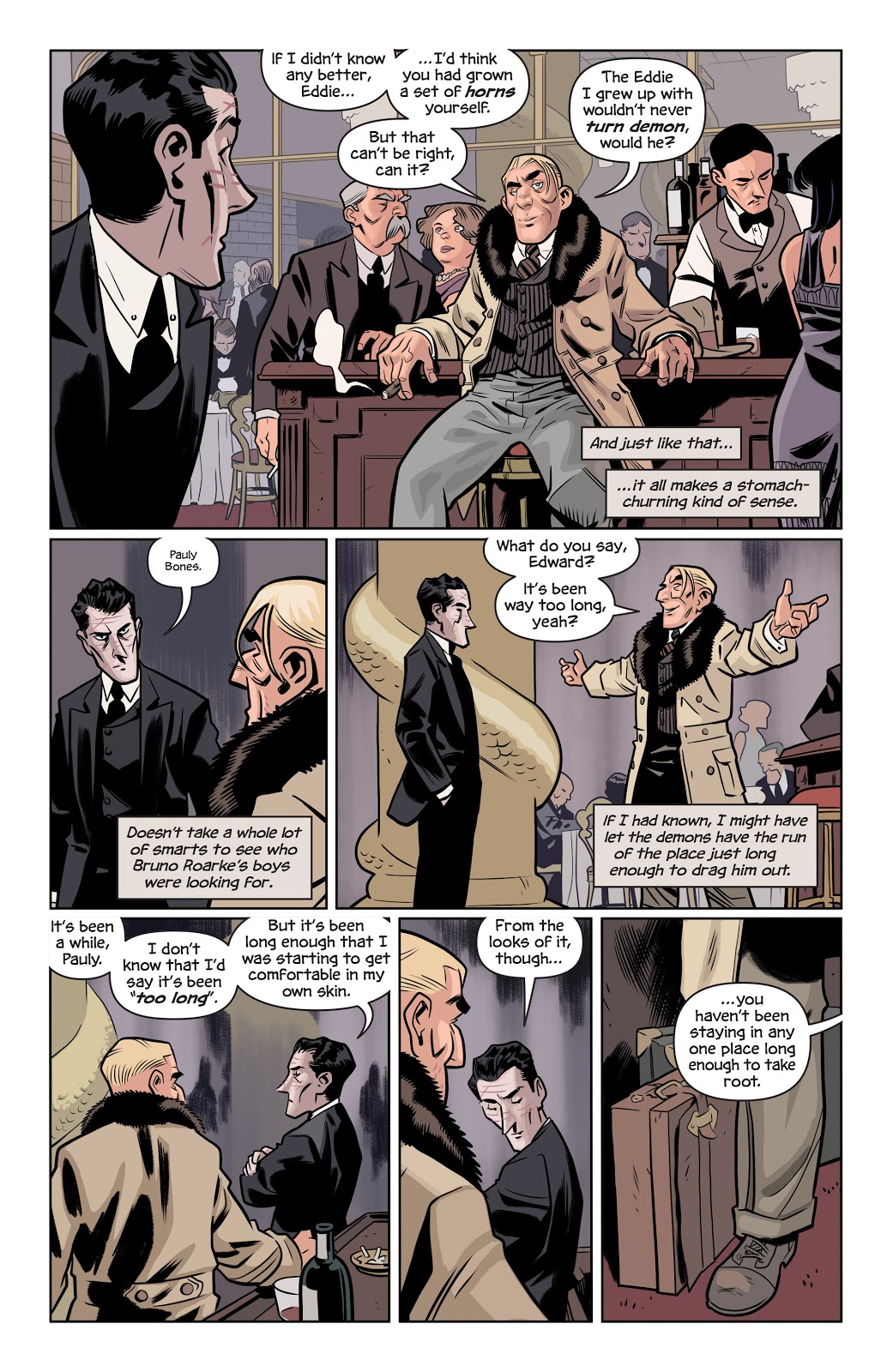 Unknown to most, in this world the 1930s American gangs were actually controlled by demons, who kept hidden from all but a few, but acquiring multiple souls from indulgence in vice and other sins. Skating above this is Eddie, who’s been cursed to return to life whenever he’s killed. As explained in Three Days Dead, all that’s required is for another person to touch his corpse and they die while he’s revived. Given his social circle, Eddie is killed more often than might be considered strictly necessary. Still, he now owns the Gehenna Club, maintaining it as a demon free zone. When old acquaintance Pauly Bones comes calling, Eddie knows trouble will follow, but owes him one for old time’s sake. Will he regret it? Of course he will.

There was a decade’s gap between the creation of Three Days Dead and Ill-Gotten Gains, when Cullen Bunn and Brian Hurtt took some time away to deliver the highly regarded Sixth Gun, and during that period Bunn became a more intuitive writer. Despite his unique situation, Eddie wasn’t constructed well enough to pull the previous story together, but Bunn now provides an improved and distinctively dry narrative voice as he explains events. It’s derivative in fitting the mood, but well observed: “You know what’s good about a group of horn-headed, cloven footed types showing up on your doorstep? Nothing.” Other matters are are also improved this time around, as the demons are given a greater motivation for their presence, rendering them as something more than colourful distractions, and there’s the perception of a broader world and Eddie’s past. This is achieved by a wider array of characters beyond the demons, all distinctively pieced together by Hurtt.

Hurtt’s notable individual demons previously caught the eye, and for the newer characters the priority is intrigue. Some are just bit players, but they look so different they beg questions. In Pauly Bones he designs a wonderfully untrustworthy sleazebag, perpetually half smiling, but always looking out of the corner of his eyes, knowing he’s a wanted man.

The deeper Bunn draws us into the plot, the more involved it becomes, and instead of bleak comedy gangsters and demons there’s some tragedy, sacrifices and an Edgar Allen Poe style twist. The ending is good as well, completely in tune with the prevailing mood, hinting at something to readers and opening the door to a future plot. Prodigal Sons followed. 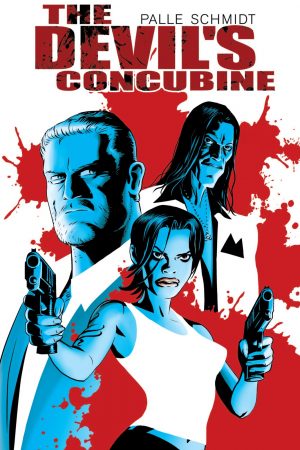 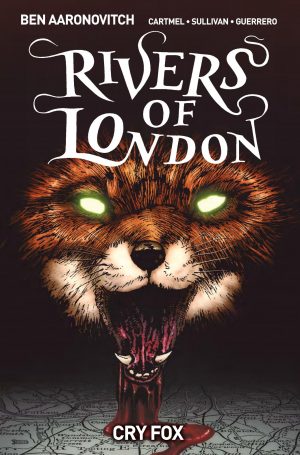 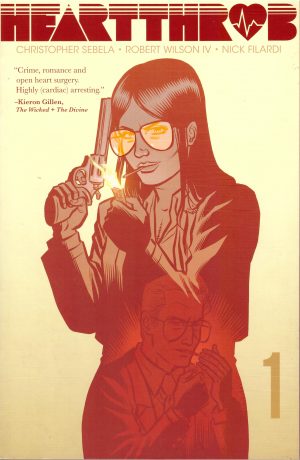