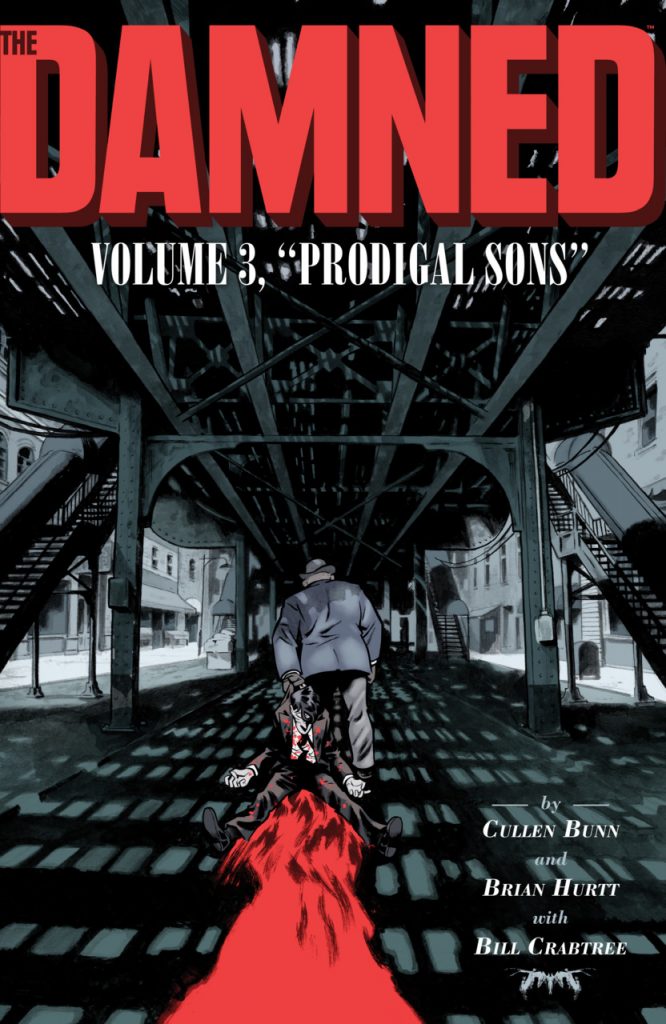 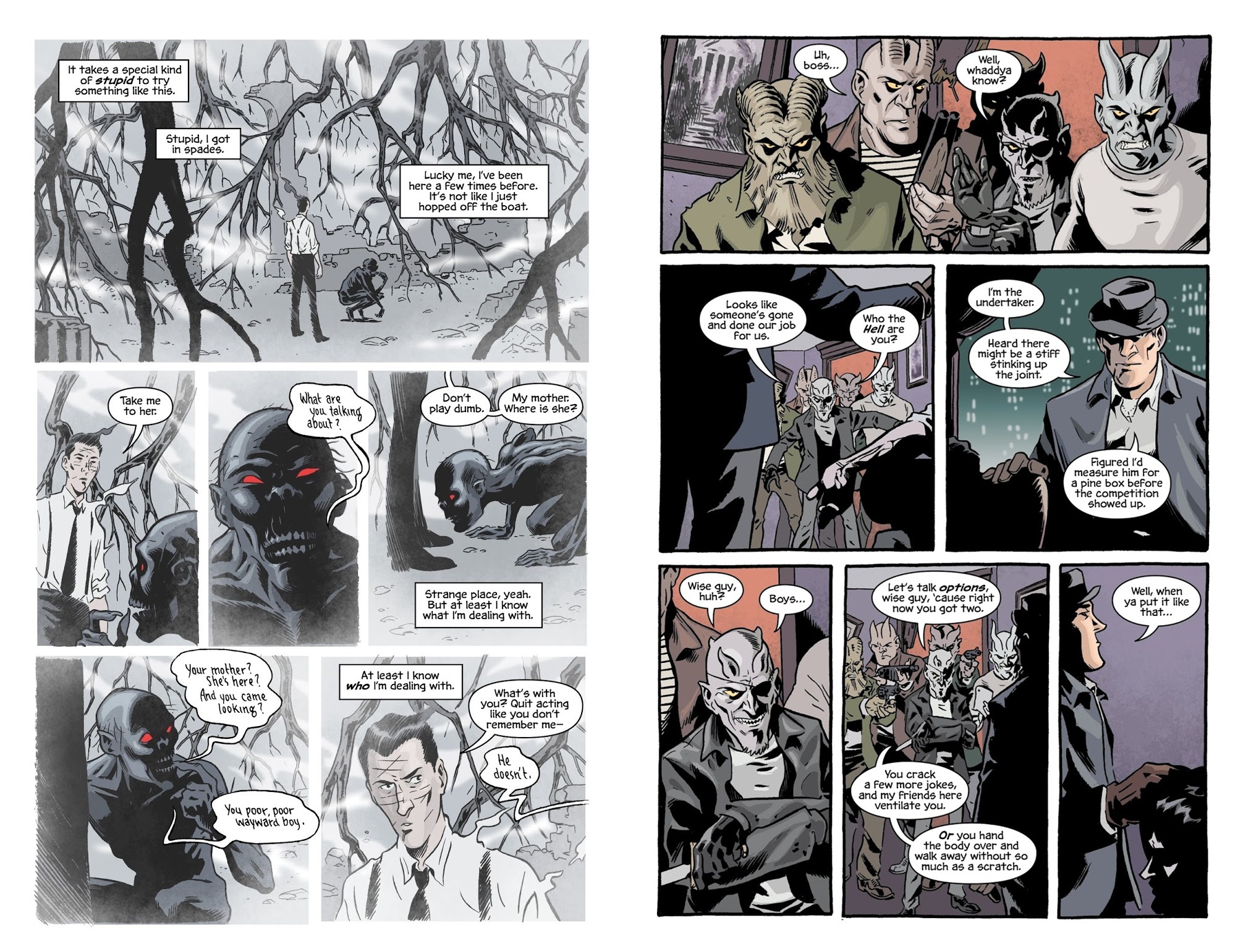 In the 1930s Eddie owns the Gehenna Room club, and is one of the few aware that the era’s gangsters are controlled by demons from Hell, whose business is the customary collecting of souls. Eddie, though, has a way of avoiding that. He’s been killed, a few times actually, yet is restored to life when some unlucky schmuck touches his corpse and dies in his place. During his brief periods dead, however, he believes he’s seeing his mother, and he’s got it into his head that he can rescue her.

As the was the case for opening volume Three Days Dead, Cullen Bunn and Brian Hurtt actually produced the title story a decade before it was collected for a graphic novel, just before they began working together on The Sixth Gun. It falls to colourist Bill Crabtree to transform Hurtt’s pages originally produced for black and white publication to colour, and once again by limiting the shades he convinces that this work was always intended for colour. It’s a virtuoso performance. Not that Bunn and Hurtt don’t hold their end up, for starters showing us Eddie and his brother Morgan as children around the turn of the 20th century, explaining much about the family circumstances and divisions. It’s a neat contrast to the manic action of the present day, and to the wispy, smoky atmosphere of the world between worlds where Eddie spends most of the title piece. Just as well really, because back home he’s not doing so well, Bunn’s dark sense of humour ensuring that. “Every scar tells a story, every story leaves a scar”, as Morgan has it.

Last time around Bunn and Hurtt didn’t get to complete their story, and that’s currently looking the case again, as after a dip back to the more recent past for another captivating look at Eddie’s family dynamics, Prodigal Son ends with a whole lot more plots dangling, and no further graphic novels on the horizon. It’s a loss. While The Damned draws on other supernatural fiction, merging noir crime and gangsters with demons produces it’s own heady brew, and Hurtt’s masterful at creating visual soft moments for otherwise really hard guys. There’s something really good here, and more people should know about it.