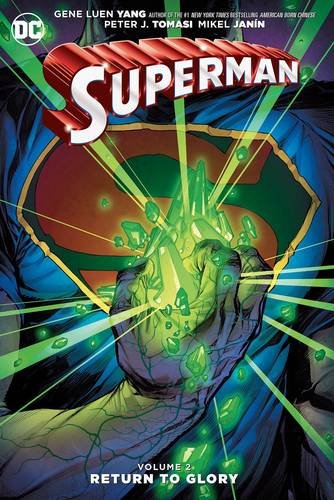 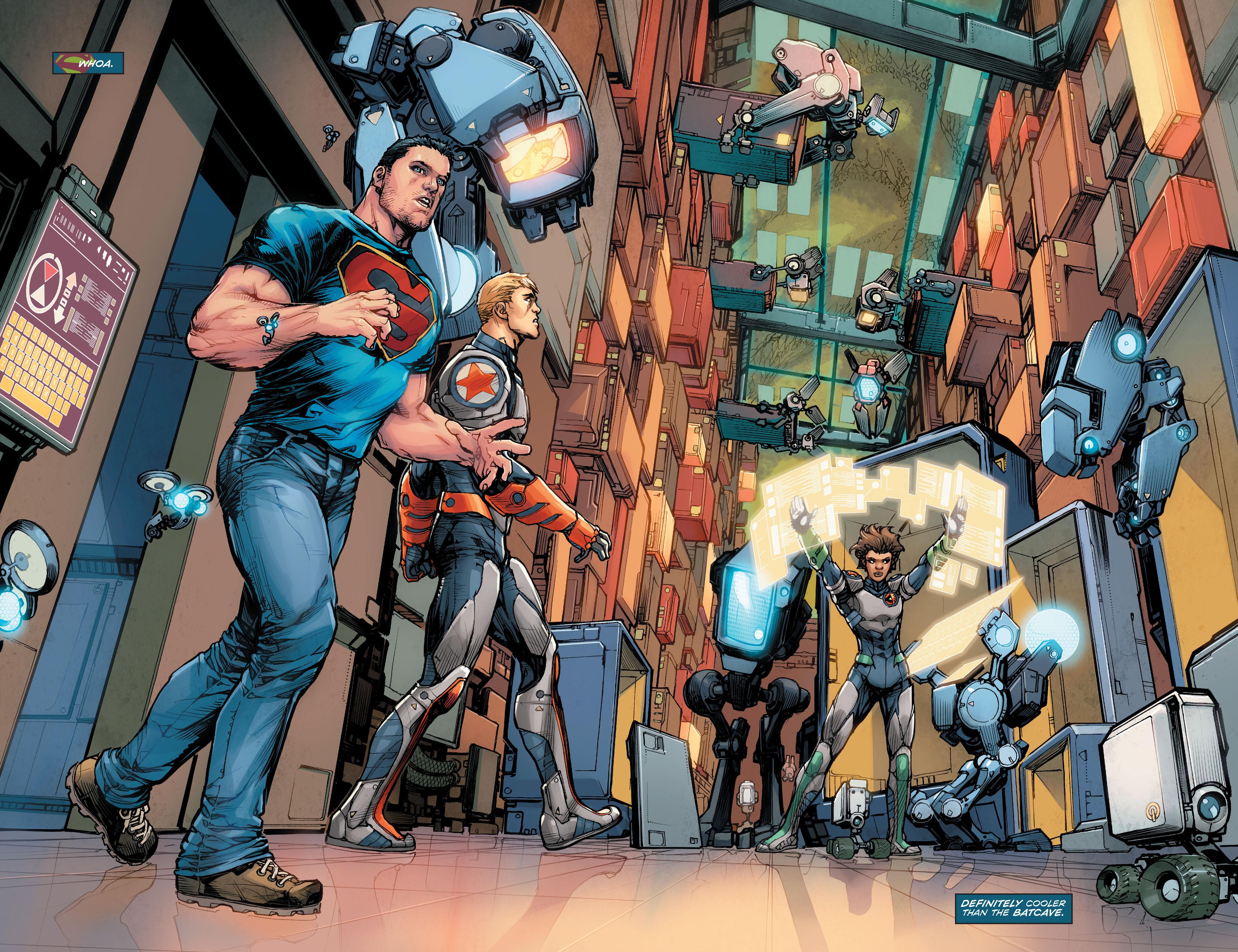 What’s the connection between Johnny Rotten and this bulky, but extremely unsatisfying collection? Only part of the disappointment is down to the creators, who presumably had no say in the inclusion of episodes that may well be part of the same series, but which cross over into other Superman titles, whose content is absent. Only the first three chapters, picking up from Before Truth, are complete without reference to other material.

The book opens with Superman’s civilian identity revealed to the world and his powers considerably downgraded. By anyone else’s standards being able to leap tall buildings in a single bound might be something to be reckoned with, but when you’ve been used to flying over them…

Gene Luen Yang makes much of Superman existing in a world of instantaneous technology, where his exploits are transferred online almost as he carries them out, and contrasts that with what happens when myths fade and deteriorate. This is mixed in with a reworking of a 1970s plot when Superman was powered down, and the entirety isn’t very interesting. The idea of Superman with fewer and weakened powers is intended to humanise a God, but removing what makes Superman unique just reduces him to the level of dozens of other superheroes. Howard Porter alters his usual drawing style to mimic the gritty approach used by John Romita Jr on the earlier Men of Tomorrow, but he crowds his pages.

The opener leads into a search for immortal villain Vandal Savage, which is where the crossover problems begin. Many hands contribute to an ingenious story giving Savage’s background while Superman’s still trying to re-boot his powers. Yang comes up with an interesting method for Superman to solve this power blockage, but we don’t see how that works out as it occurs in a story DC don’t have the courtesy to include for anyone laying down their $30 list price. A re-powered Superman is back when the page is turned, featuring less cluttered art by Jack Herbert. That precedes the best episode in the book, where Yang ties a climax into Superman’s past in a clever fashion around a moral decision, and delivers a definitive reaffirmation of what Superman is. If only there’d been more like this.

Assorted other artists contribute a few pages at a time, with a sentimental inclusion for 1990s Superman artist Jon Bogdanove. The most spectacular art, however, is that of Mikel Janin on the final two chapters. Unfortunately, these are the opener and conclusion of an eight chapter story by Pete Tomasi, so hardly acceptable. Anyone really wanting to know what’s going on with the closer will have to buy The Final Days of Superman, which gathers the entire crossover.

So for your money you’re getting all three chapters of one story, a quarter of another and, just over half of a third. As Johnny Rotten famously said, “Ever get the feeling you’ve been cheated?”