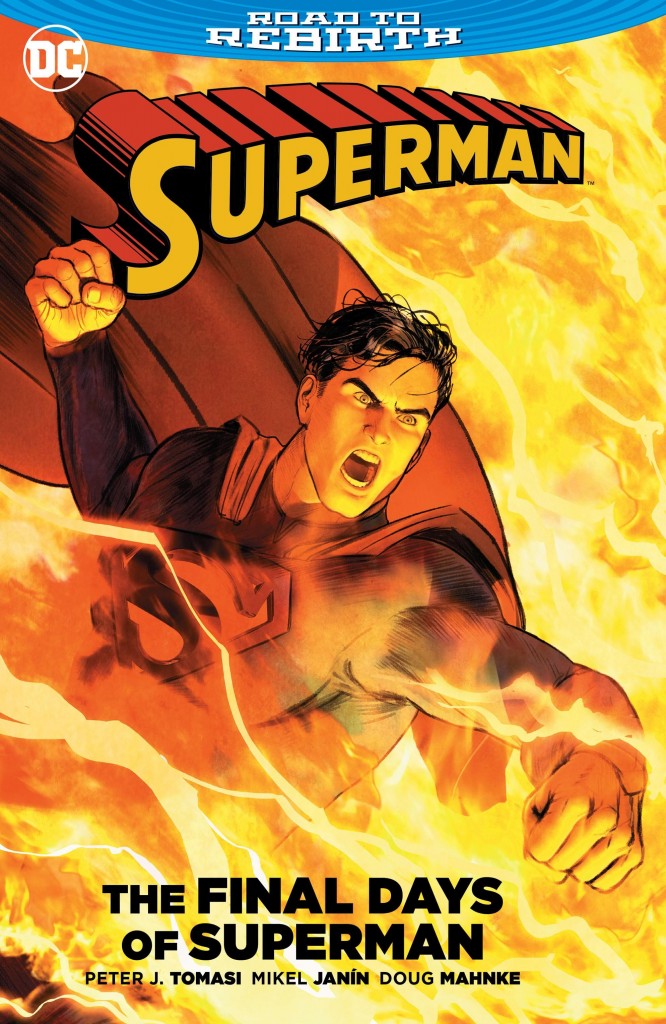 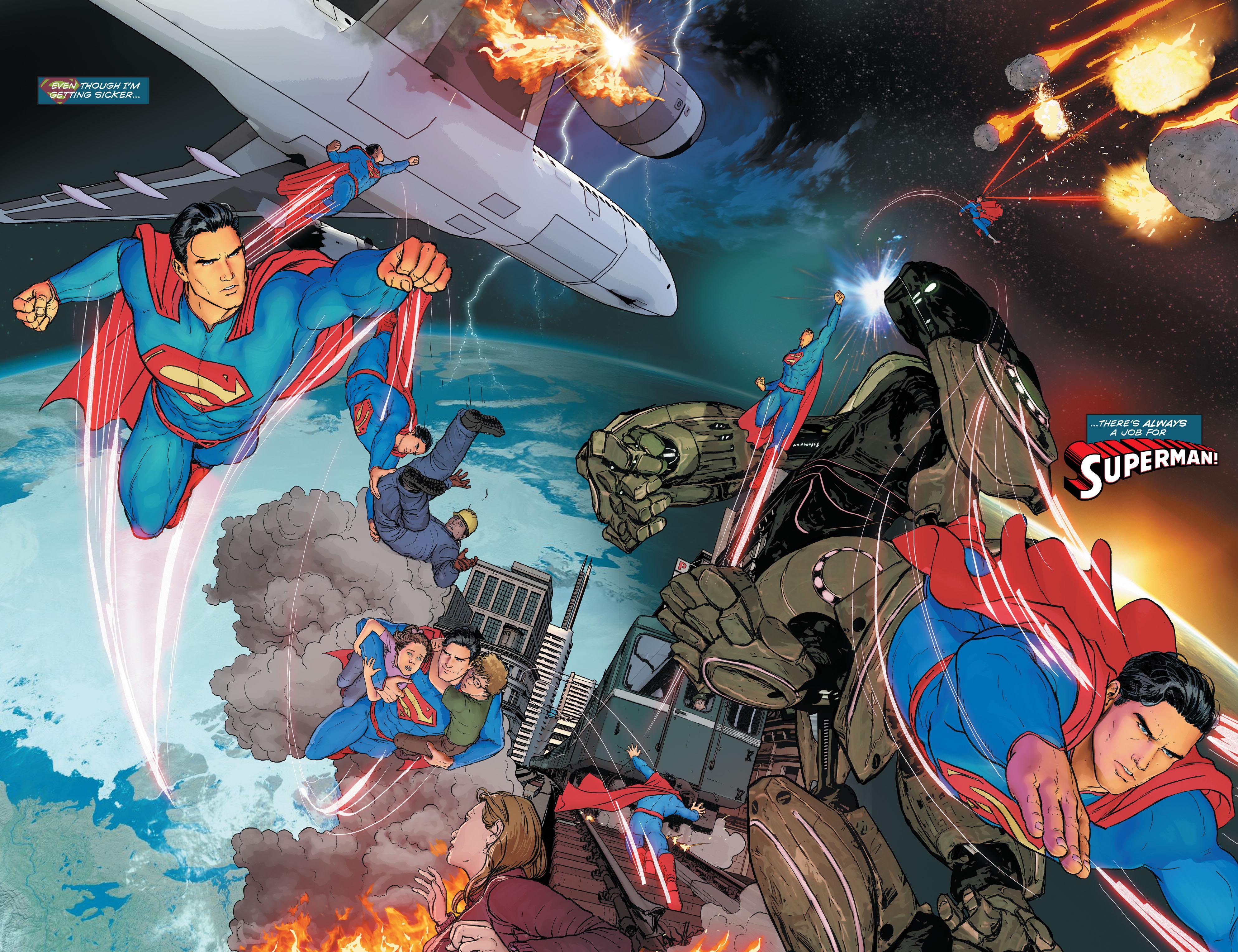 The disturbing title not only refers to the end of the ‘New 52’ version of Superman editorially, but in story Superman has discovered that the consequence of three desperate battles is that he’s dying. This is only just after he’s managed to restore his powers (see Return to Glory, in which the first and final chapters also appear).

Peter J. Tomasi presents a book of two halves. In the first Superman rapidly comes to terms with his inevitable fate and we have a sentimental series of scenes in which those closest to him are informed as he attempts to put his affairs in order and ensure a succession. In true TV drama style this is interweaved with two subplots. One has a contradictory person believing themselves Clark Kent and Superman, but with little concern for innocents while also performing heroic deeds. The other spotlights a geneticist working in China and keen to obtain samples of Superman’s blood.

Tomasi writes from start to finish, but because as originally serialised it spread over four titles featuring Superman, seven different pencillers are involved, giving the story a very disjointed look. As seen from the sample art there’s no problems with Mikel Janín’s pages. He delivers a suitably heroic character and it helps that Janín’s also responsible for colouring his sections. Beyond that there’s the inevitable quality of Doug Mahnke down to some pages that are downright sloppy. There’s no-one that’s poor throughout, but the worst offender is Ed Benes.

Limitations are set on Tomasi by virtue of having to include Batman and Wonder Woman as chapters appeared in titles they shared with Superman, and dropping in and out of the plot comes across as forced in Batman’s case. The number of pages requiring filled also leads to some padding along the way. Otherwise, however, Tomasi generally comes up trumps. His plot keeps us guessing, he handles the character nuances well, it’s sentimental without being saccharine, the action is spectacular from viable and new threats, and there’s some whimsy along the way such as a scientist who quotes Simon and Garfunkel. And let it be noted that Tomasi had some pretty big boots to fill when it came to others who’ve supplied a final Superman story, and strangely the template appears to be a 1960s tale ‘The Last Days of Superman’. Find it in almost every Superman through the decades anthology.

A banner at the top of the collection reads “The Road to Rebirth”, indicating yet another re-boot for Superman, but Tomasi also handles that well. He includes people and elements that will feature in the re-boot, raising questions, but not cheating on a full story with a beginning and an end. It works emotionally and it works as Superman excitement, so job well done.