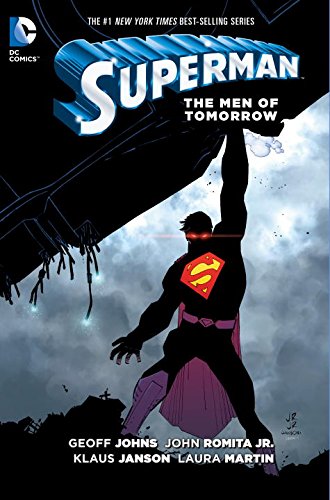 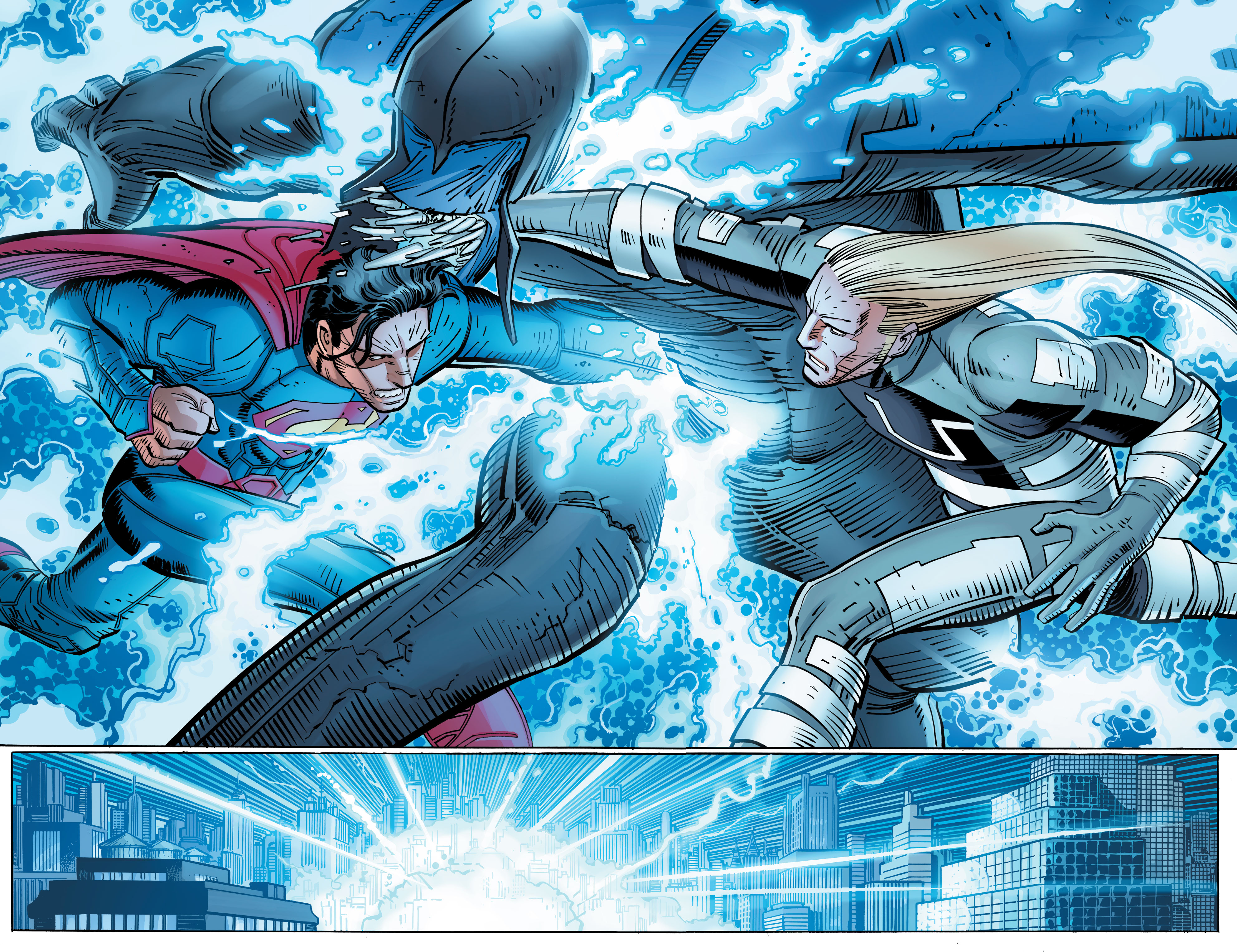 John Romita Jr’s arrival at DC after a career lasting over thirty years at Marvel was really big news, and big news was required for Superman in 2015. His 2012 relaunch had been a stuttering affair, with rapidly changing creative teams, none of them really leaving a mark. Also aboard was Geoff Johns, DC’s premier writer taking another shot at Superman.

They provide a clever introduction to Men of Tomorrow, with circumstances echoing Superman’s origin flight from Krypton, and from there proceed to build a very big story indeed. An adult newcomer on Earth appears human, yet has abilities comparable to those of Superman. Ulysses is new to the planet, and appears benign, and the period of settling in, and his friendship with Superman is well handled by Johns, who supplies some additional heartwarming elements.

Romita Jr has evolved into a great naturalistic stylist over the years, perhaps the first of his level to work on Superman since the days when Jack Kirby’s rendition in other titles was considered to deviate too far from the house style. Thankfully that’s not a consideration here. Romita Jr’s Superman isn’t particularly bulky, in fact there’s almost a delicacy about him, but that evaporates during moments of action. It’ll surely come as no surprise that at one point Superman and Ulysses are at odds, and the resulting battle scenes radiate an immense power. What’s notable about them is how much is created with so few lines. Romita Jr’s technology is also wonderful, a multitude of meandering lines over arcane shapes, and his chunky style is also extraordinarily well embellished by Klaus Janson’s gritty inking.

This is a story propelled more by character and intrigue than suspense, and while Superman and Ulysses play their fates out, Clark Kent is being reintegrated into the Daily Planet, always his strongest supporting cast. The most prominent Daily Planet staffer here is Jimmy Olsen, particularly in a coda supplied after the epic concludes (very satisfactorily). Superman is temporarily bereft of some powers, but Johns provides an even greater insight into what makes a him a hero.

There are some teasers feeding into future sequences, but this is extremely good Superman, and with the exception of Grant Morrison and Frank Quitely’s All-Star Superman we’ve not seen enough of that since the millennium.

One disappointing aspect is the production of the hardcover, with a lot of dialogue and art disappearing into the central binding. This is hardly an insurmountable problem, yet one which occurs so frequently at DC in supposedly premium product.