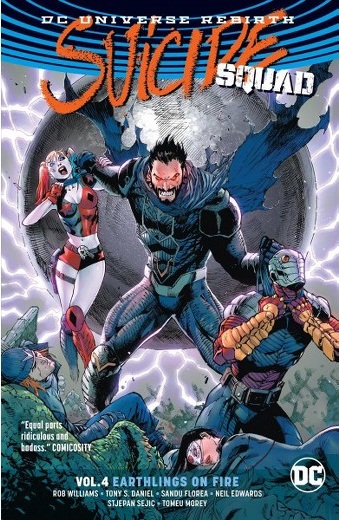 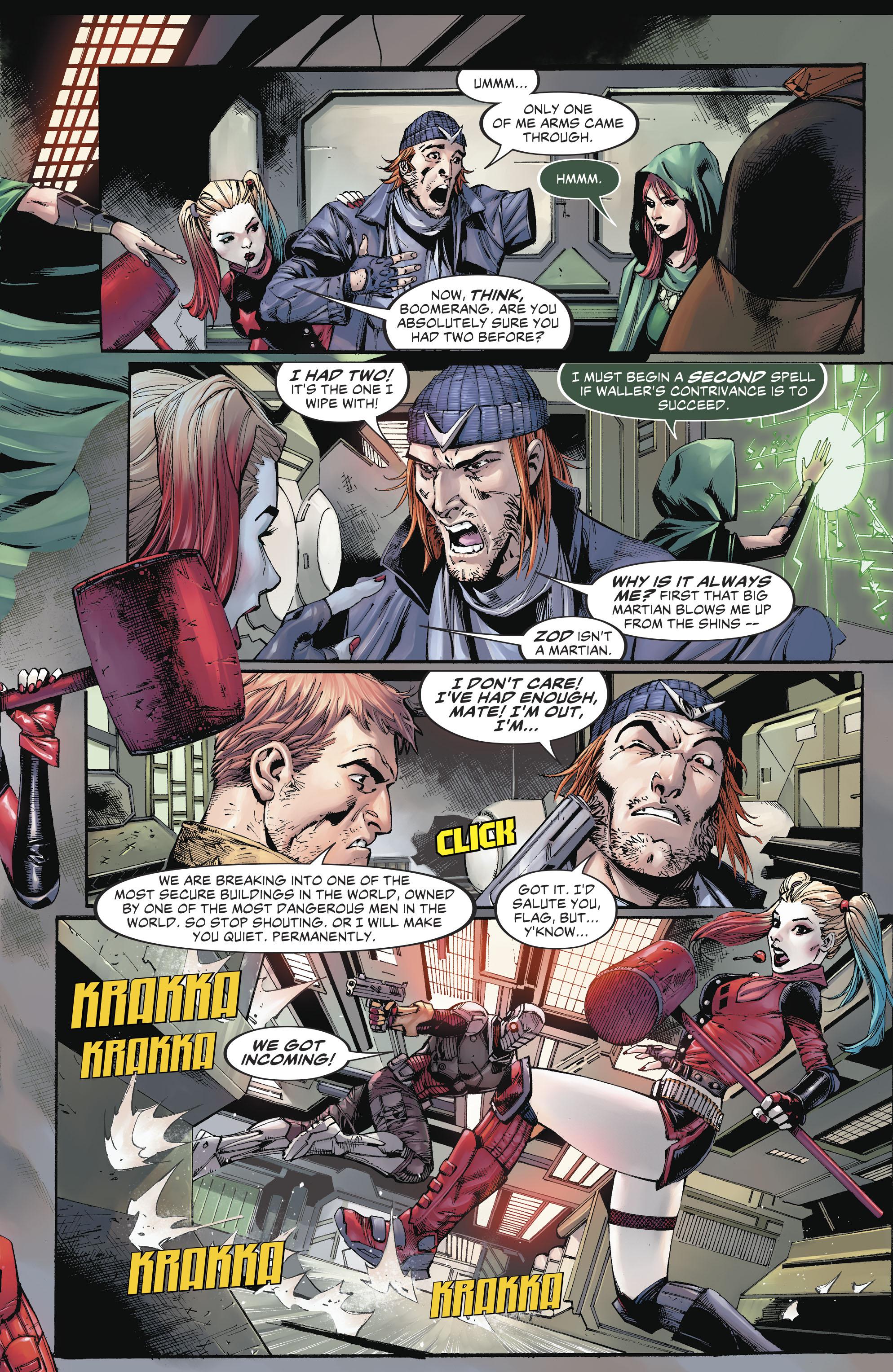 Since the beginning of this run of Suicide Squad, Amanda Waller has been convinced that there’s a planetary scale threat approaching, and in the opening chapter she achieves the means to control a possible source of salvation. Rob Williams ended Burning Down the House with one hell of an intriguing meeting, and his opening chapter here is a great game of cat and mouse occurring over two different venues. The ending is an indication of how well Williams plots this series.

Much of Earthlings on Fire has ties back to the opening volume, The Black Vault, in which the Kryptonian despot General Zod was retrieved from Russia, bringing a whole load of problems along with him, including the traitor within the Suicide Squad. Waller, however, as always, has plans. A remarkable aspect of the way Williams writes the title is that no matter how out of touch or how much events appear to have spiralled out of control, Waller is always on top of things. This is achieved in credible fashion, rather than the rabbit from the hat device it could be. Has she over-stepped herself this time, though? There is, however, an extremely disturbing aspect of Waller’s character on display. She has her end game in mind, and as shown here, little conscience about the fates of her civilian employees, even boasting at one point how she in effect, sentenced them to death. Is it clumsy writing or definitive establishing of her personality? Either way, it’s extremely unpleasant.

Earthlings on Fire is one hell of a ride. After that relatively quiet opening chapter the action just keeps escalating to blockbuster levels, and it pays off. Suicide Squad really is very good, and this is why.

As far as the art goes, you know what you’re getting with Tony S. Daniel. His layouts prioritise big images with some classic poses, but still tell the story effectively, and given what he has to work with here (no spoilers), he really delivers. It would seem, however, that his pace of production isn’t that of a monthly comic publication, and he’s only responsible for three of the five issues collated. Neil Edwards completes the title story, and while good with action, his pages look far more cluttered. Stjepan Šejić deals in naturalism for the final chapter, at times attempting photo realism, and it’s astonishingly pretty in places. He works in ornate designs and it’s whether his own invention or scripted by Williams, his episode includes a number of eye-catching visual asides.

In addition to the action, Williams moves the personalities forward. Romance in the Suicide Squad? Yes, and bizarrely plausible too, although tragedy also plays a part. Other characters have an undercurrent of simmering rage, resentment and mystery, Williams convincingly ensuring their unpredictable natures, meaning we never know what’s going to happen. This incarnation of Suicide Squad is purring along very nicely indeed, and continues with Kill Your Darlings.