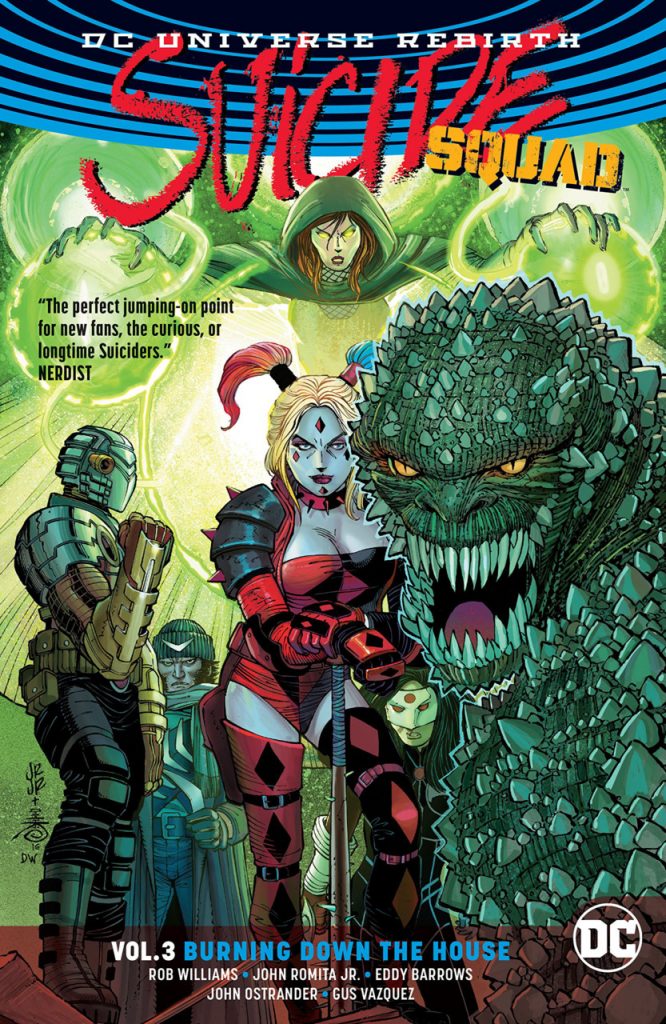 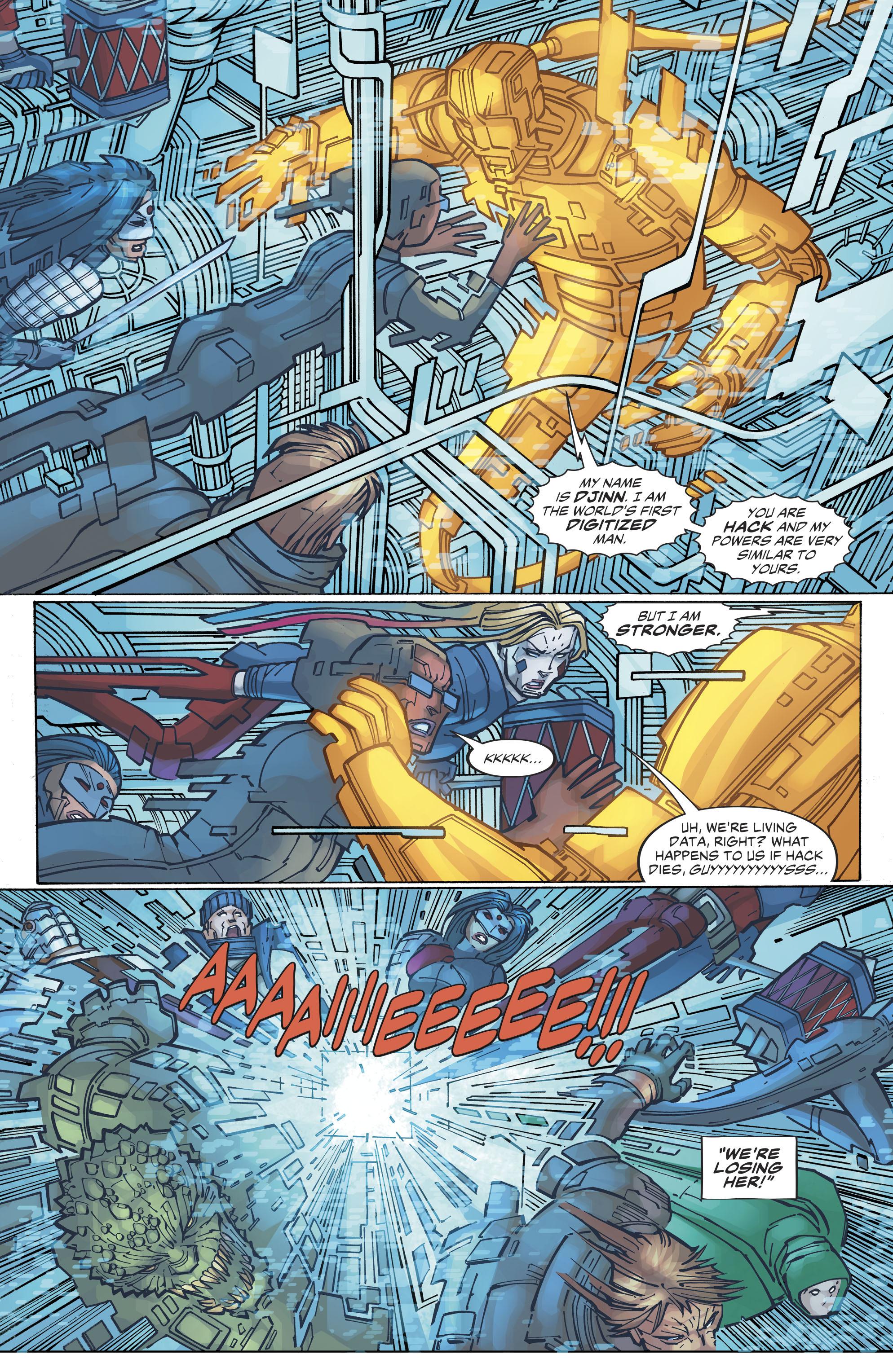 Although this is volume three, it’s separated from volume two’s Going Sane by Justice League vs Suicide Squad. That introduced a previous version of the Suicide Squad, kept hidden and jailed for years by Amanda Waller after the Squad went rogue. There was one innocent party, field leader Rustam, now free again and dedicating his life to bringing Waller down. His first stage of attacking her secret bases is proving very successful, and those who remember his 1980s incarnation ought to be pleased at his allies.

Rob Williams takes a different approach with this story. Instead of back-ups focussing on individual Squad members, they run in parallel to the main story, but offer quieter moments of contemplation, providing a successful combination. The main action sequences are given a suitable widescreen polish by John Romita Jr., while Eddy Barrows takes on the quieter moments, both of them very good, although Romita Jr has the edge, which is why he’s drawing the main feature. He’s incredibly skilled when it comes to laying out a page in an interesting fashion. The final chapter of the title story has a page where Harley Quinn has to contact the scattered other members of the Suicide Squad, and it’s an object lesson in how to break down similar content to ensure it looks interesting. It gives away story details, so the sample page instead has Romita Jr.’s version of an encounter in cyberspace.

Emilia Harcourt was introduced in Going Sane, a person with authority hanging over Amanda Waller’s shoulder, but one without much purpose until now. She’s well developed in Burning Down the House, and not the only one as readers with more attuned suspicions may have wondered about the purpose of other cast members introduced by Williams. The way they’re turned and twisted is very satisfying, although there’s one aspect of the plot surely no reader is going to take at face value, and sure enough…

The ending is good as well, sure to drag readers forward into Earthlings on Fire. Is the Suicide Squad about to compromise itself further with a dangerous choice of new ally?

Wait, wait. There’s more. A story by John Ostrander, the man who created the Suicide Squad as we know them as seen in the recommended links (even if Harley was never around in his day). He sets up the intriguing proposition of a former US Defence Secretary being abducted to the Netherlands to stand trial for war crimes at the international court there. Unfortunately, it’s then ordinary superhero action until an unpredictable and logically explained final scene. It’s not helped by the lack of detail in the art of Gus Vasquez, who makes it look as if the central figures are the only ones in whatever location they’re at. Occasional touches hint at the Ostrander of old, certainly the finale, and some nice dialogue here and there, but it otherwise lacks spark. 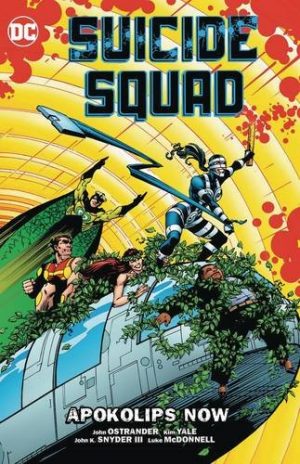