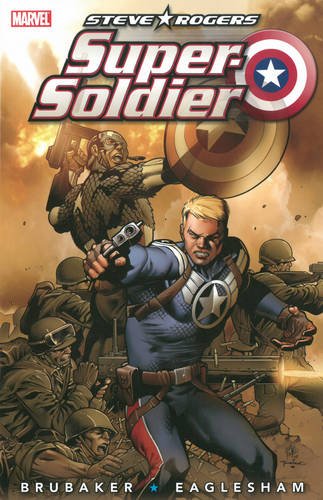 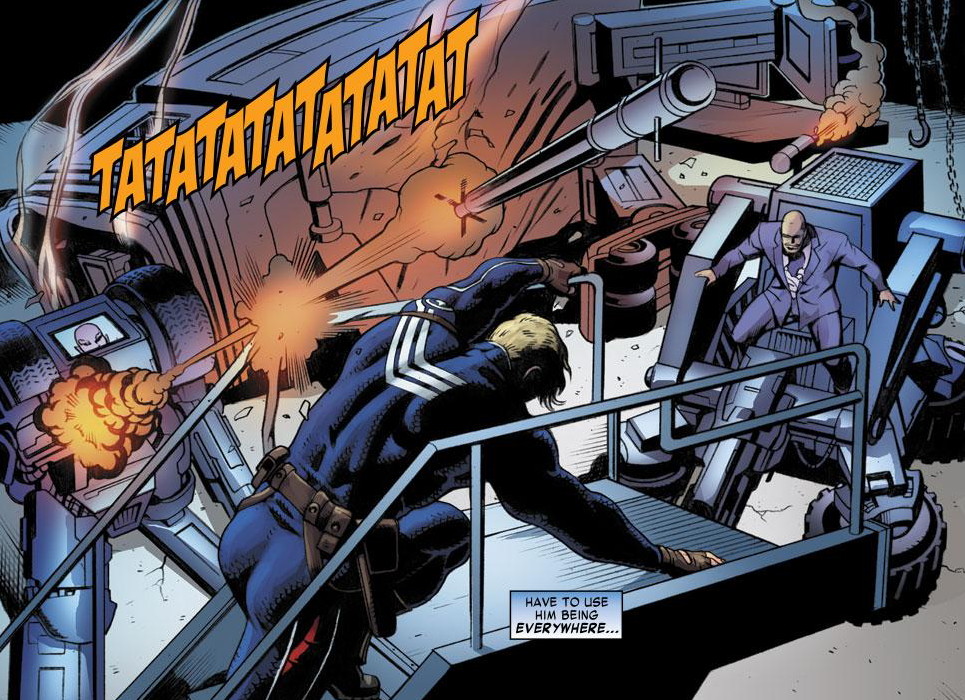 A theme running throughout Ed Brubaker’s run on Captain America is what exactly constitutes Captain America. Is it the costume, or the man wearing it? This question comes into focus with Steve Rogers, the original and longest lasting Captain America, returning from supposed death see Captain America: Reborn) to discover his costumed identity has been assumed by someone else.

He’s actually content with this, and enjoying time off when approached to investigate the murder of a research chemist employed by a relatively new company and about to blow the whistle on them. The company head has family ties to the creator of the super-soldier formula that created Captain America, and is claiming to have duplicated that compound. Moreover his wife strongly resembles someone who died during World War II.

This all ties into elements of Captain America’s origin, and so what makes Captain America. Predictably enough, there are reasons Steve Rogers was selected to be the first recipient of the super soldier formula, and they’re on display here when he has to rely more on instinct and learned skills.

For all the underlying matters, and the credible return of a Captain America foe not seen for some while, this is very much by the numbers superhero action. The depth of plot Brubaker applied to the main Captain America series is largely absent here, only really evident in an intriguing last few pages. Dale Eaglesham is a decent superhero artist and supplies solid action storytelling.

If you’re considering a more wholesale immersion in Brubaker’s Captain America, this is also available in The Trial of Captain America omnibus, along with material that’s far better.