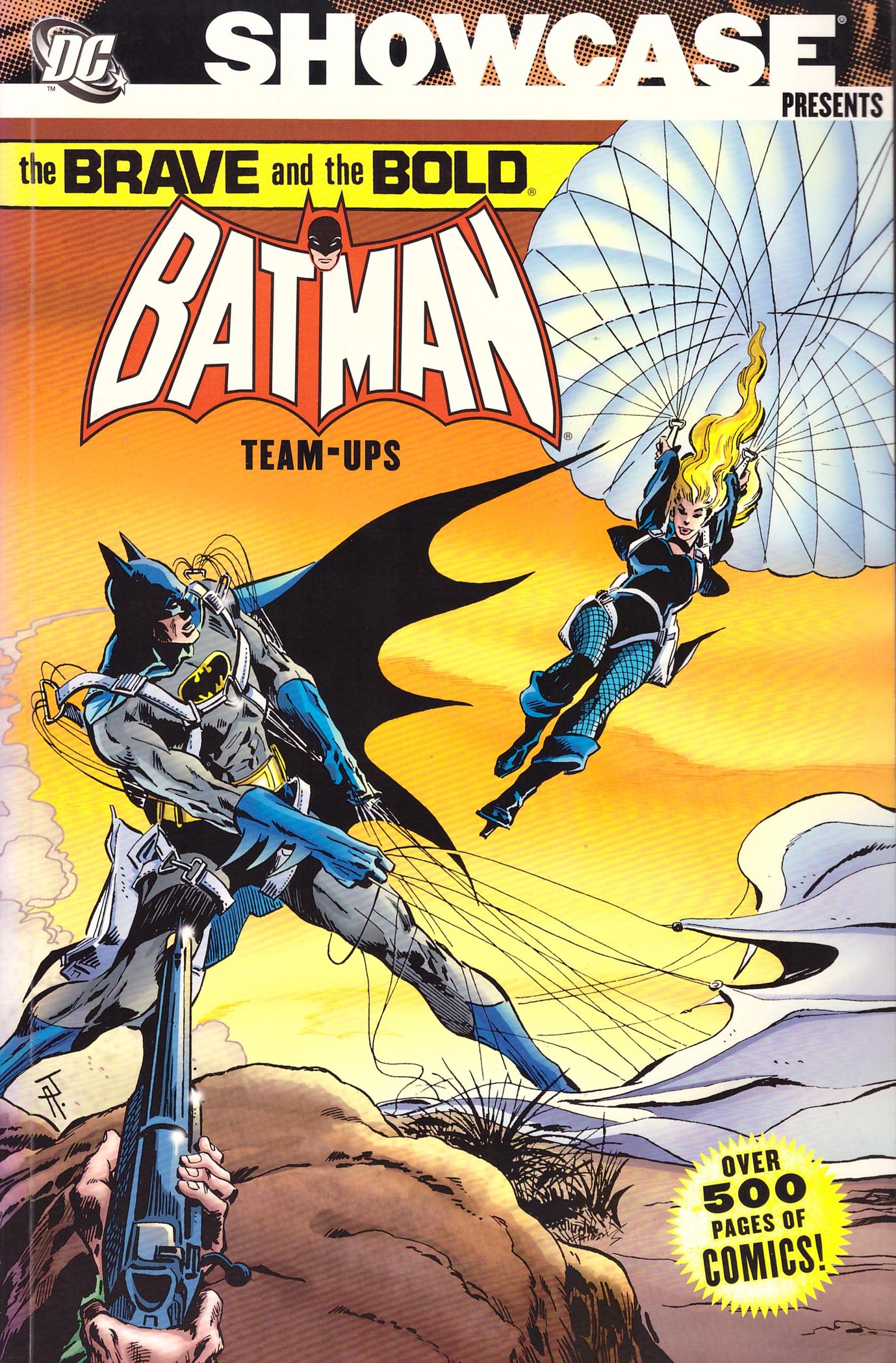 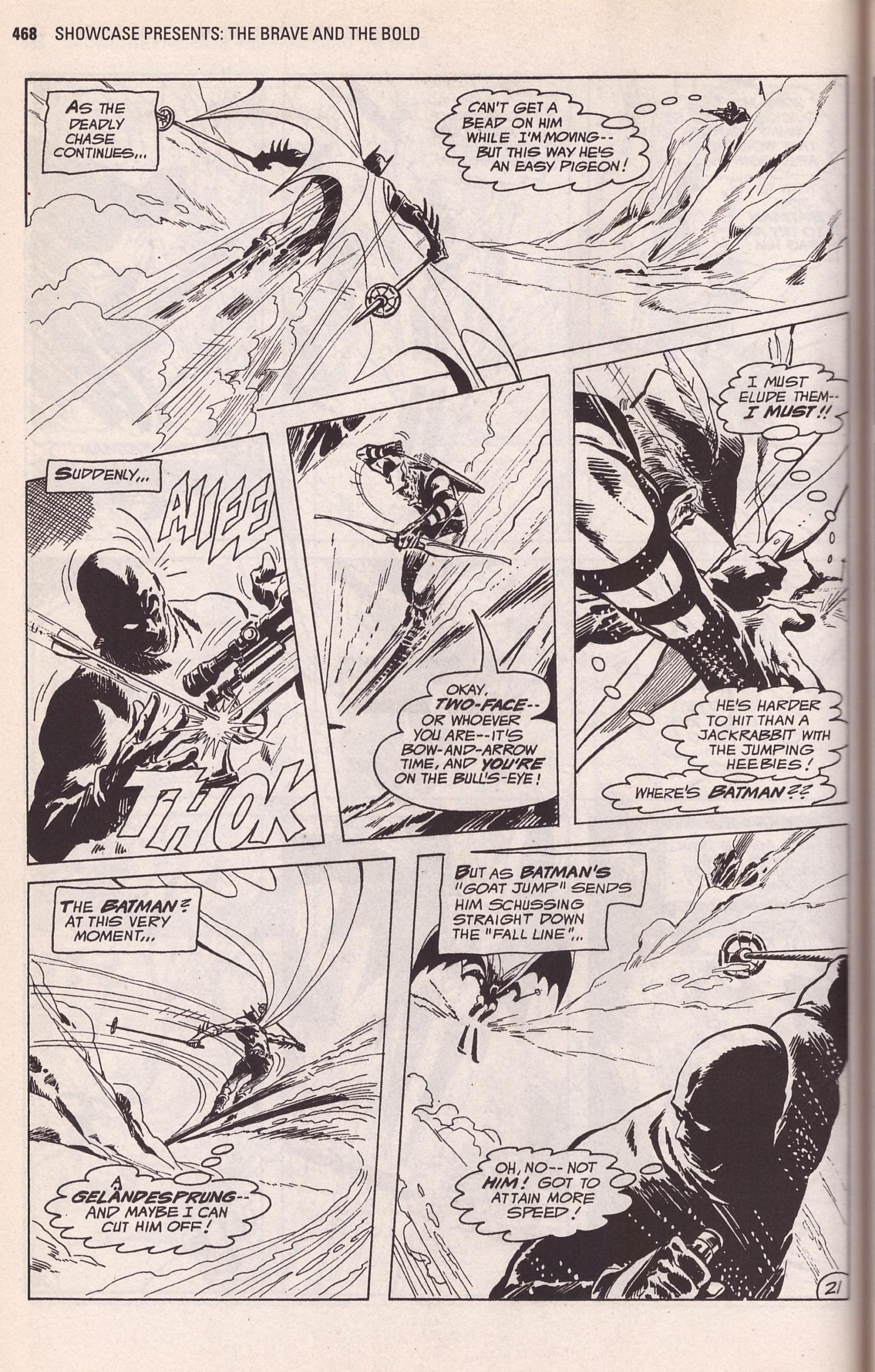 This second of three presentations of Batman team-ups covers the golden period of 1970 to 1973. It features Bob Haney who’s progressed from volume one. He’s relatively comfortable with the idea of being able to feature Batman in crime action thrillers, has no compulsion to use DC’s top of the line characters and is accompanied by a good artistic line-up. Jim Aparo draws over half the book in his original detailed style from the days before he pared it down, heavily influenced by Neal Adams’ approach to superheroes. Adams also illustrates a couple of stories, and there are several by the woefully under-rated Nick Cardy. Ross Andru, Bob Brown and Irv Novick fill out a capable roster with five stories between them. None were ever fan favourites, but each was a respected artist with storytelling techniques refined over decades of regular work.

Haney was seemingly given the freedom to choose his own guest stars, and they’re an appealingly odd selection, even accounting for the likes of the Phantom Stranger, Sgt Rock and the House of Mystery having their own titles in the 1970s. He’s an astute writer able to add a touch of supernatural or science fiction to his stories if that suits the guest star, but his favourite characters were basically costumed athletes. Wildcat and Black Canary each make three appearances over 22 stories, Sgt Rock appears twice and when Wonder Woman turns up it’s in her brief 1970s Emma Peel incarnation. Although they have abilities, Adam Strange, Deadman and Green Arrow broadly fit the category also. When out and out superheroes put in an appearance it’s not with their villains tagging along, Haney involving the Teen Titans in social problems twice and Flash in a ghost story.

Due to a total disregard for the larger DC or Batman continuity, Haney increasingly fell foul of the 1970s comic fans. If it suited his plot to have Batman shot, confined to a wheelchair and needing a heart operation, then that’s what he wrote, with that particular piece one of the best in the collection, providing a greater than usual tension as to the machinations of an unknown criminal mastermind. His Batman is also far removed from that of the current era, operating in public, talented, but also human and fallible, and occasionally falling to a particularly competent gangster. Haney’s preference for creating his own villains highlights a weakness when so many stories are gathered in one collection. He frequently falls back on a plot of an assassin with a huge reputation arriving in Gotham, but beyond a single peculiarity (one arm, distinctive name) being able to hide in plain sight as his face is unknown to Batman.

Not every story is a masterpiece, but most hit a high standard, surprising and dragging the reader along, and as such stand the test of time better than some highly regarded early 1970s material. More follow in volume three. 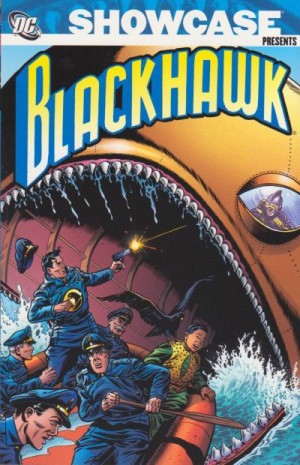 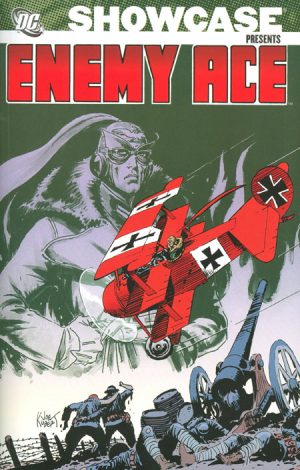 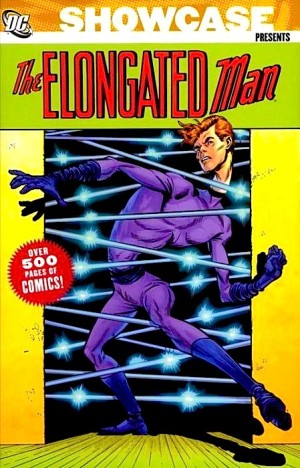