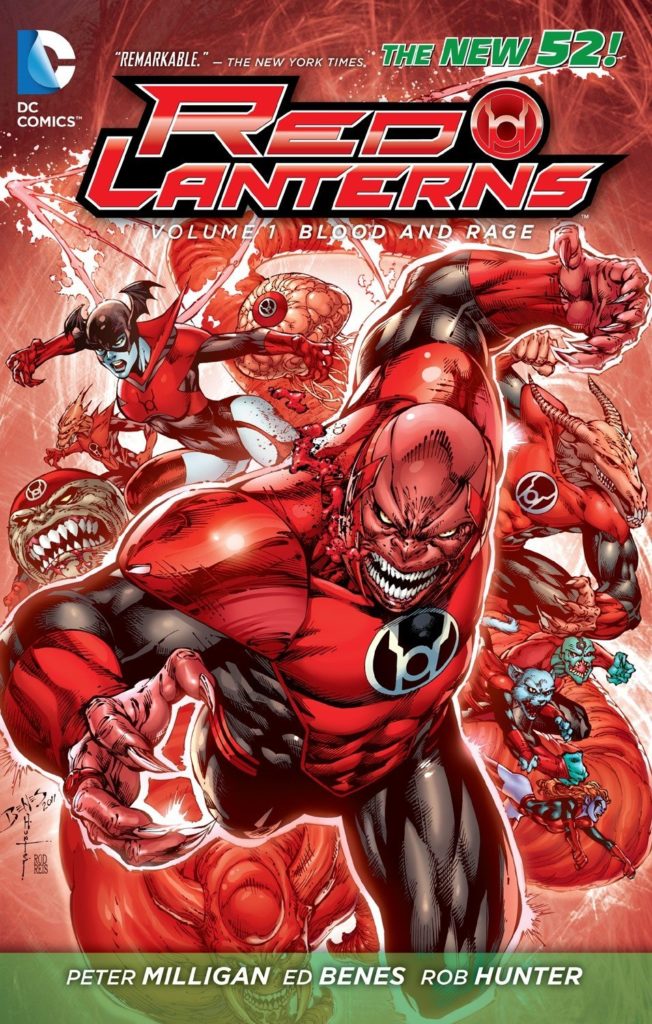 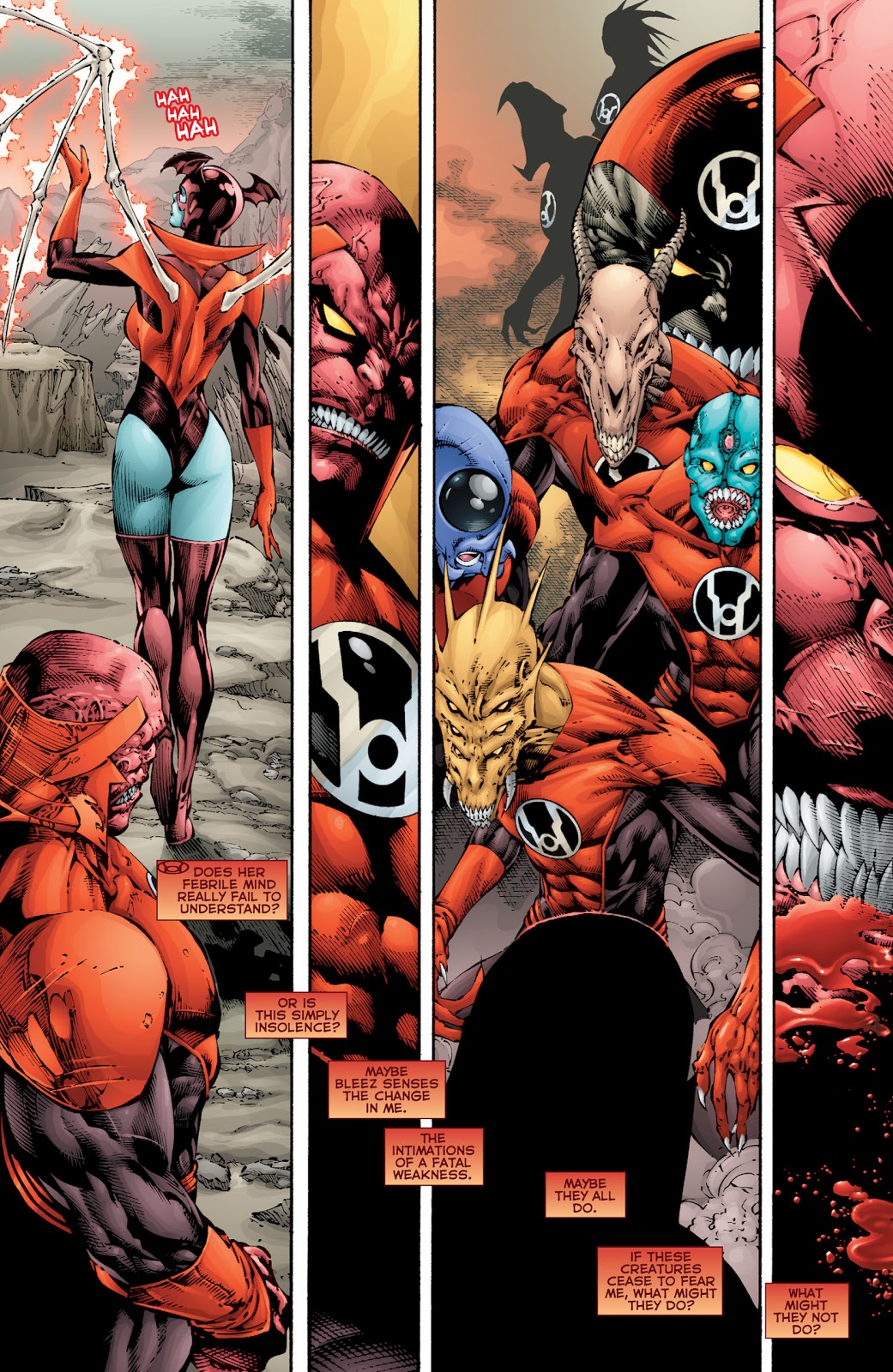 The Red Lanterns were introduced as one of several counterpoints to the Green Lanterns, also possessing rings, but powered by a red lantern fuelled by blood and rage. Appropriately enough, they were first seen in Rage of the Red Lanterns. Their leader, a massive brute named Atrocitus, holds the Green Lantern Corps responsible for the destruction of his home planet, and what he’s like is defined in a fine opening scene in which he sets about some sadistic aliens whose fate we can have no qualms about.

There’s an inherent limitation to the Red Lanterns no matter how many well designed creepy aliens Ed Benes provides, and Peter Milligan struggles with this. As embodiments of rage the Red Lanterns are extremely one note, working themselves up into savage incoherency before any action, and barely functioning otherwise. The contrast Milligan provides is unconvincing. While he runs through the events that formed Atrocitus, Milligan has him wax poetic as he addresses his dead enemy. He’s aiming for the Shakespearean delusional monarch, but the language and introspection run false instead of building the inner man. The backgrounds of other Red Lantern Corps members are subsequently examined, and while the skins may be different they all have very similar stories of being powerless in the face of injustice.

As the Red Lanterns originate from assorted planets Benes is called on to illustrate all sorts of environments, and does so convincingly, his detail compensating for the featureless planet of Ysmault where they congregate. That’s presented in as few strokes as possible, colourist Nathan Eyring filling the backgrounds with red around the snarling faces and tensed torsos of the Red Lanterns. Pages contributed by Diego Bernard have more imagination to them, pulling the focus out to full figures if that looks better.

Blood and Rage’s funny opening scene offers hope of Milligan exercising the prodigious conceptual brain we’ve seen on other projects, but it’s clear he rapidly runs into a dead end, loses interest and substitutes shock and gore for originality. This is really dull, but if you want more, the series continues with Death of the Red Lanterns. 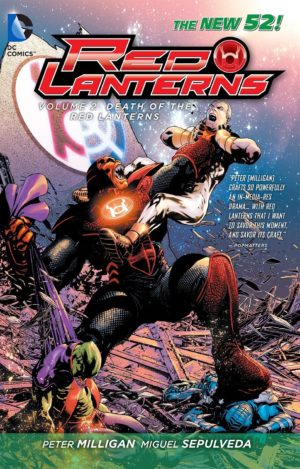 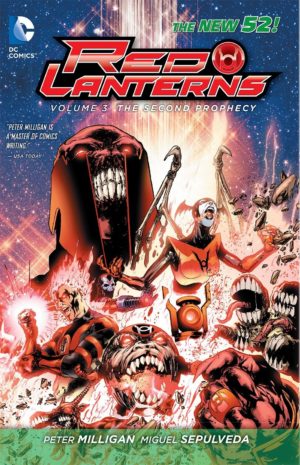