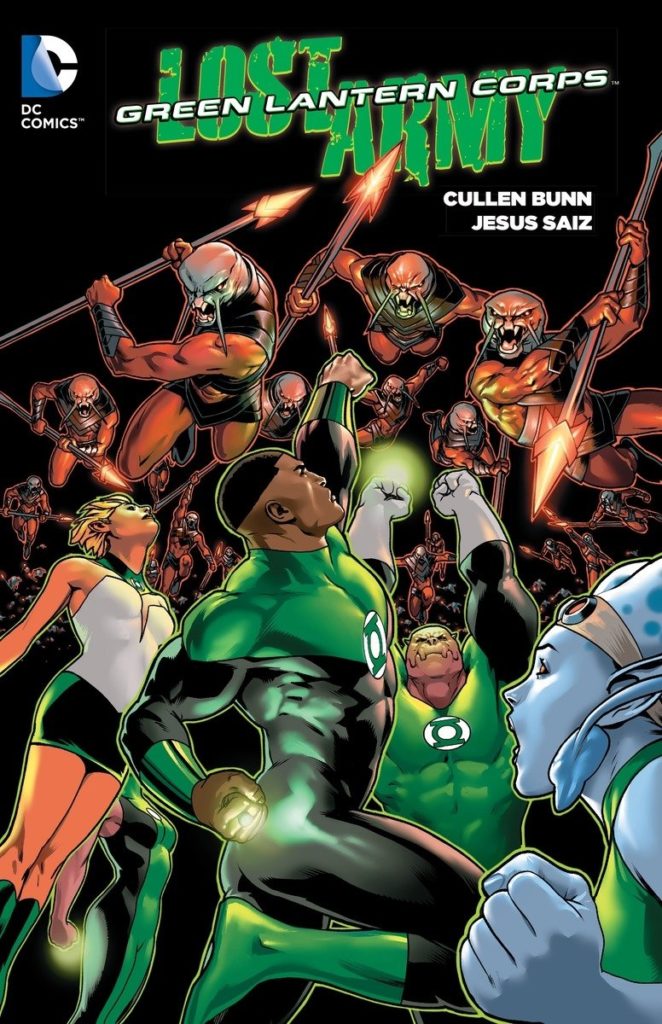 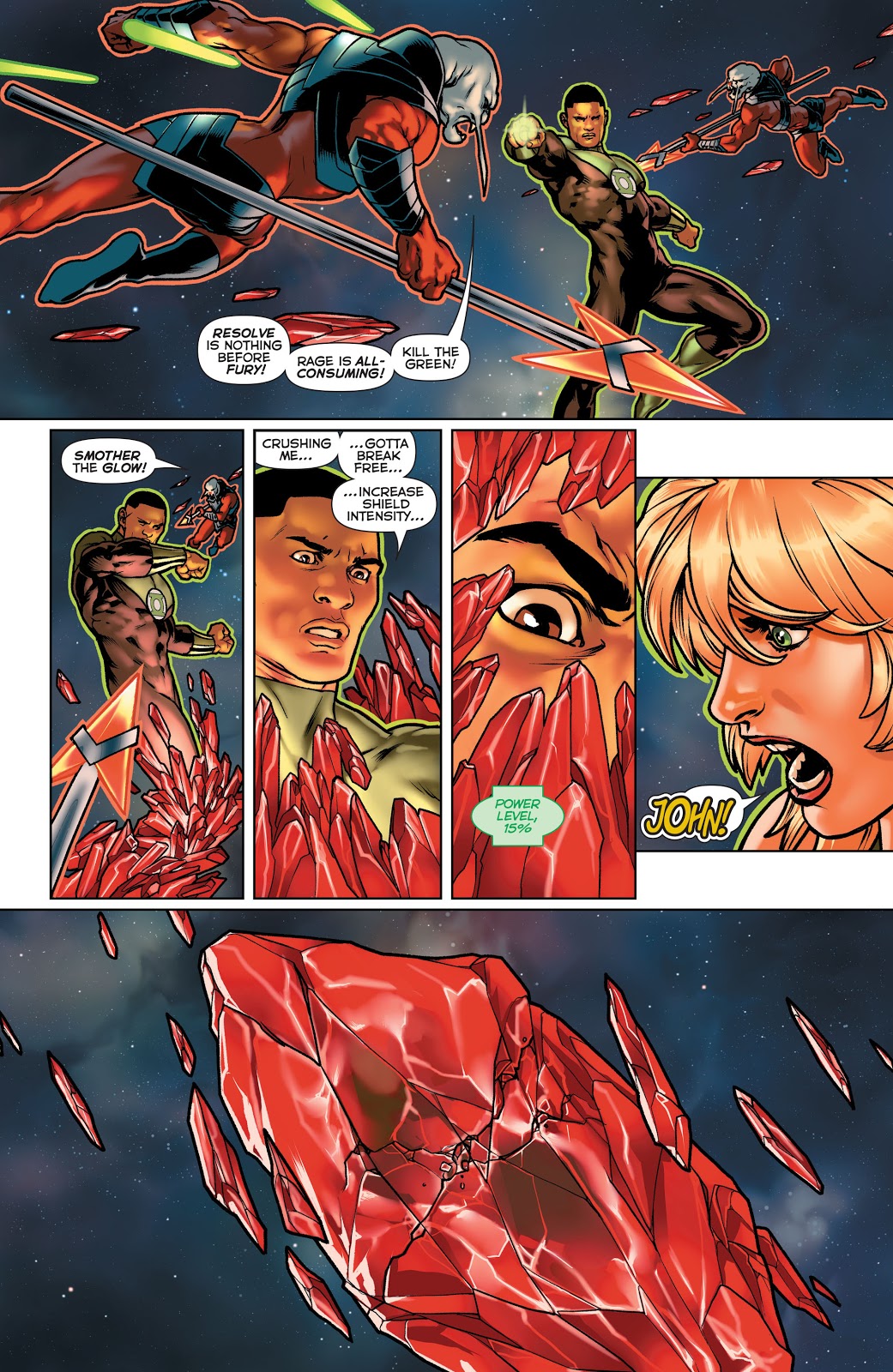 Five Green Lanterns don’t know where they are. They’re flying through space, but can’t locate familiar territory, nor a lantern they can recharge their rings from, so their power supplies are gradually diminishing. The known faces are former US marine John Stewart, Arisia and Green Lantern trainer Kilowog, while Two-Six is a rookie and Xrill-Vrek a relatively unknown quantity. They’re accompanied by Krona, a sworn enemy of the Green Lanterns from a time long before all of them were born. Before the end of the first episode another known quantity is met, in the second another, and before the end further familiar faces have shown up.

John Stewart provides the leading narrative voice, and Cullen Bunn switches in scenes of his former military career to parallel situations faced by the Green Lanterns. It’s strained in places, but also an interestingly direct way of reinforcing the Green Lanterns as an army if the title hasn’t done so immediately. Stewart thinks like a soldier, “aggression shows confidence, inspires your fellow jarheads and puts the fear of God into the enemy” feeding into how he guides the other Green Lanterns.

A captivating concept is raised by the enormous talent of artist Jesús Saiz. His Green Lanterns are sleek, given a clarity and a futuristic sheen, such being the benefit of him also colouring his art. Javier Piña’s fill in episode would be good by most standards, but doesn’t match the imagination Saiz has for compelling visuals, and his figures are stiffer. Where his instincts are better is with Stewart’s military flashbacks, for which he adopts a slightly grittier process.

By halfway the Green Lanterns have figured out where they are, which prompts two further problems, the first being how they’re going to return home and the second an ethical puzzle concerning the possible consequences of attempting that. It’s cleverly set up, but disappointingly never entirely addressed, because although not advertised as such, Lost Army is only the opening half of a story concluded in Edge of Oblivion. Still, that could be seen as a meta-parallel, a clever way of ensuring the frustration experienced by readers is similar to that of the Green Lanterns themselves. Some of them have changed during Lost Army, and Bunn has added some new concepts to Green Lanterns, although in a safe environment should they not meet with universal approval. A further disappointment is that we never really learn how the Green Lanterns ended up where they start, and a scene at the end introduces the concept of the Source Wall, noting it as “the beginning and end of all things”, with no further explanation. These irritations don’t spoil a generally good adventure, but some consideration for new readers would have been appreciated.