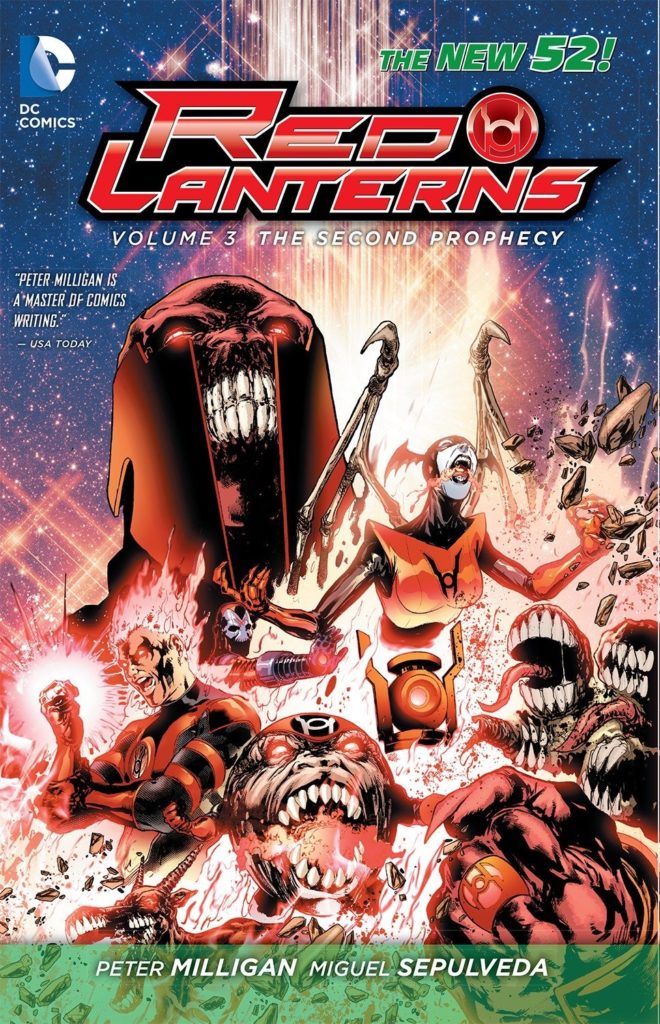 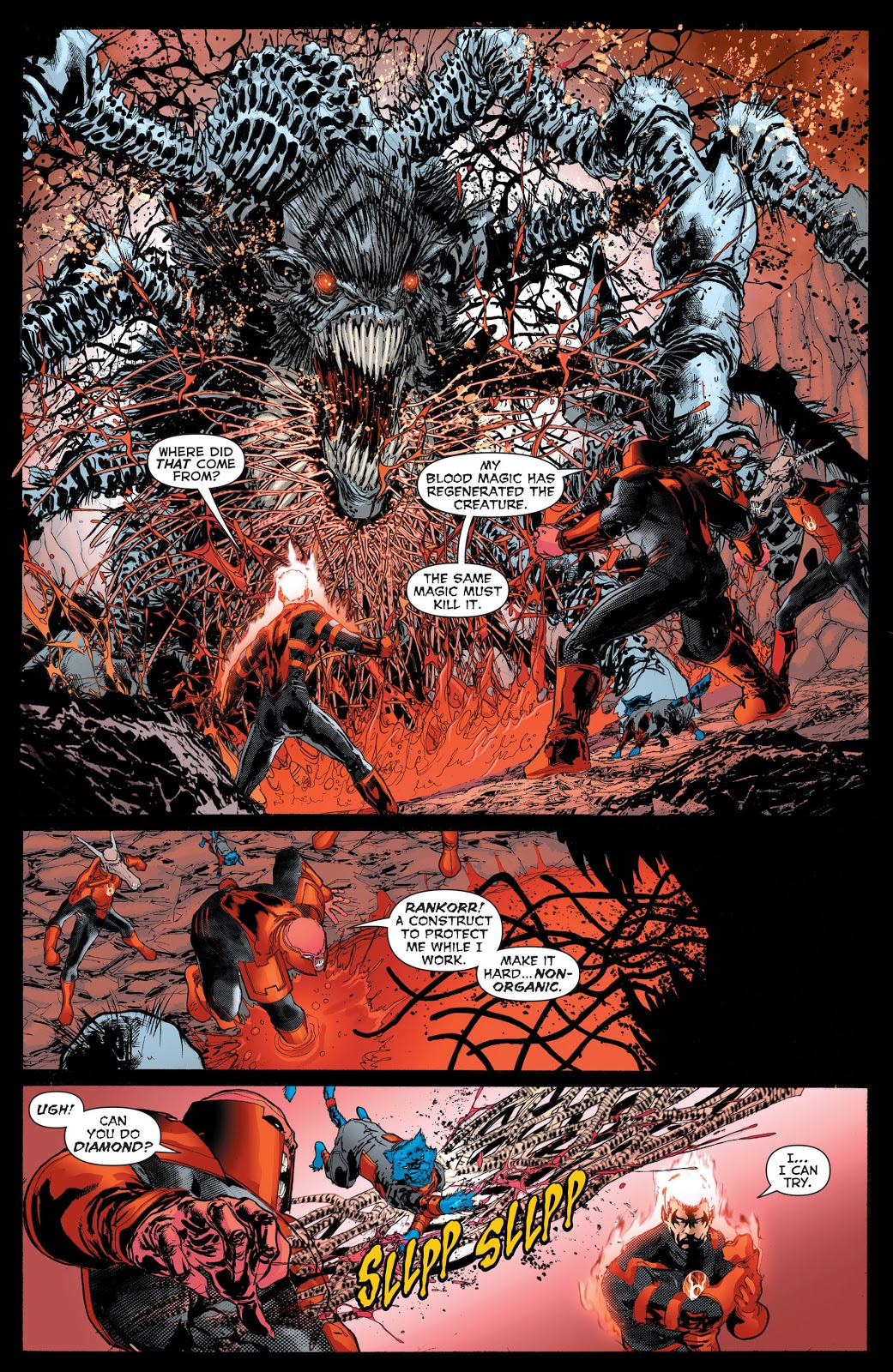 Since being introduced to Green Lantern continuity Atrocitus has despised the Guardians of the Universe, and by extension their operatives the Green Lanterns, for the destruction of his home planet by the Manhunters, predecessors of the Green Lanterns. The opening chapter here adds a little detail, but is noticeably vague on how Atrocitus constructed the red lantern that powers his corps. The origin story has a relevance to what Atrocitus experiences later in The Second Prophecy when he’s able to confront the person he believes responsible for devastating his world.

A force known as the Third Army are now targeting the Red Lanterns, and dealing with them requires a quest, with all the prominent Red Lanterns seen in the series to date sent on missions. Doing so means Peter Milligan adds some narrative diversity at least, and Jack Moore back on Earth has a nasty surprise awaiting him before an exploration of what he now is.

Death of the Red Lanterns introduced Miguel Sepulveda as artist, and he continues almost all the way through here, his work rate impressive. Several scenes require hundreds of people, and Sepulveda draws them all, peaking with a picture of thousands of ghostly Manhunters emerging into the universe. Elsewhere he manages a scary Scratchy and provides an allure to the deadly Bleez, while defining Atrocitus as having an almost Darkseid bulk. His ghostly Krona is great as well, and as the book continues Rain Beredo’s colouring resonates as he needs to convey shimmering and changing colours on a character. Atrocitus’ past is covered by Ardian Syaf, also good, but Will Conrad on the final two chapters is less consistent, some pages very good, others with strange figures and basic layouts.

For all the posturing he puts Atrocitus through, Milligan never sees him as anything more than a one-note character, and neither exploring his past not having him confront the First Lantern changes that. His most interesting moment is toward the end where he’s shown how his life might have played out had his planet not been destroyed. Atrocitus dominates Red Lanterns to such a degree anyone else can only aspire to second fiddle, which is a shame as the character notes Milligan adds to them have some interest, Moore on a steep learning curve having value. However, if Guy Gardner ever caught up with him (see previous volumes) it wasn’t in Red Lanterns. This is Milligan’s sign-off, and while this is the best of his three volumes it’s never really seemed the idea interested him. The series continues with Blood Brothers.

It’s also worth mentioning that this material ties in with Geoff Johns’ farewell to Green Lantern and his world, and Milligan’s plots work around concepts with a bigger picture. As such this content is also included in Green Lantern: Rise of the Third Army, and Green Lantern: Wrath of the First Lantern, where it’s given greater context and perhaps greater resonance.