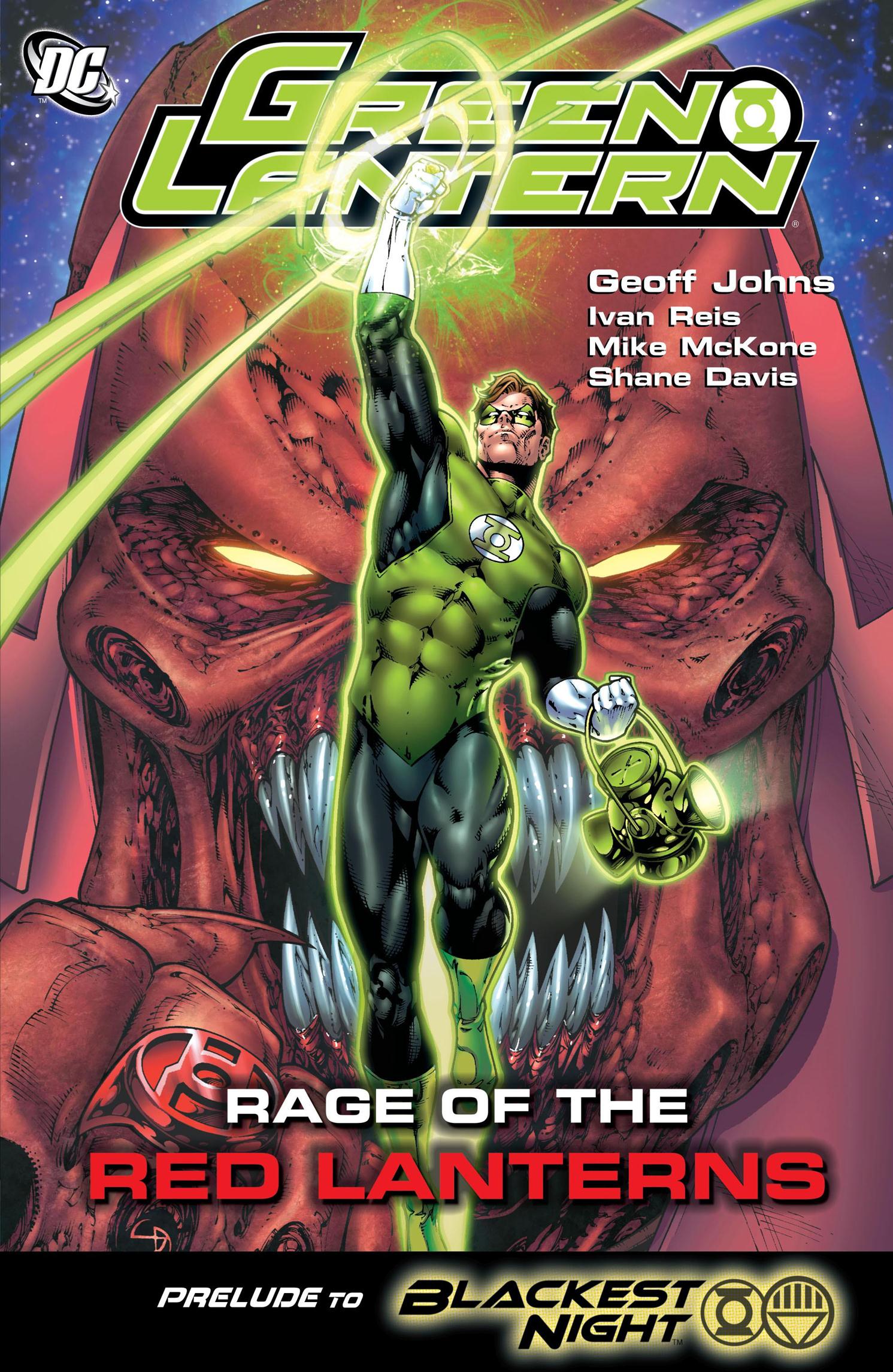 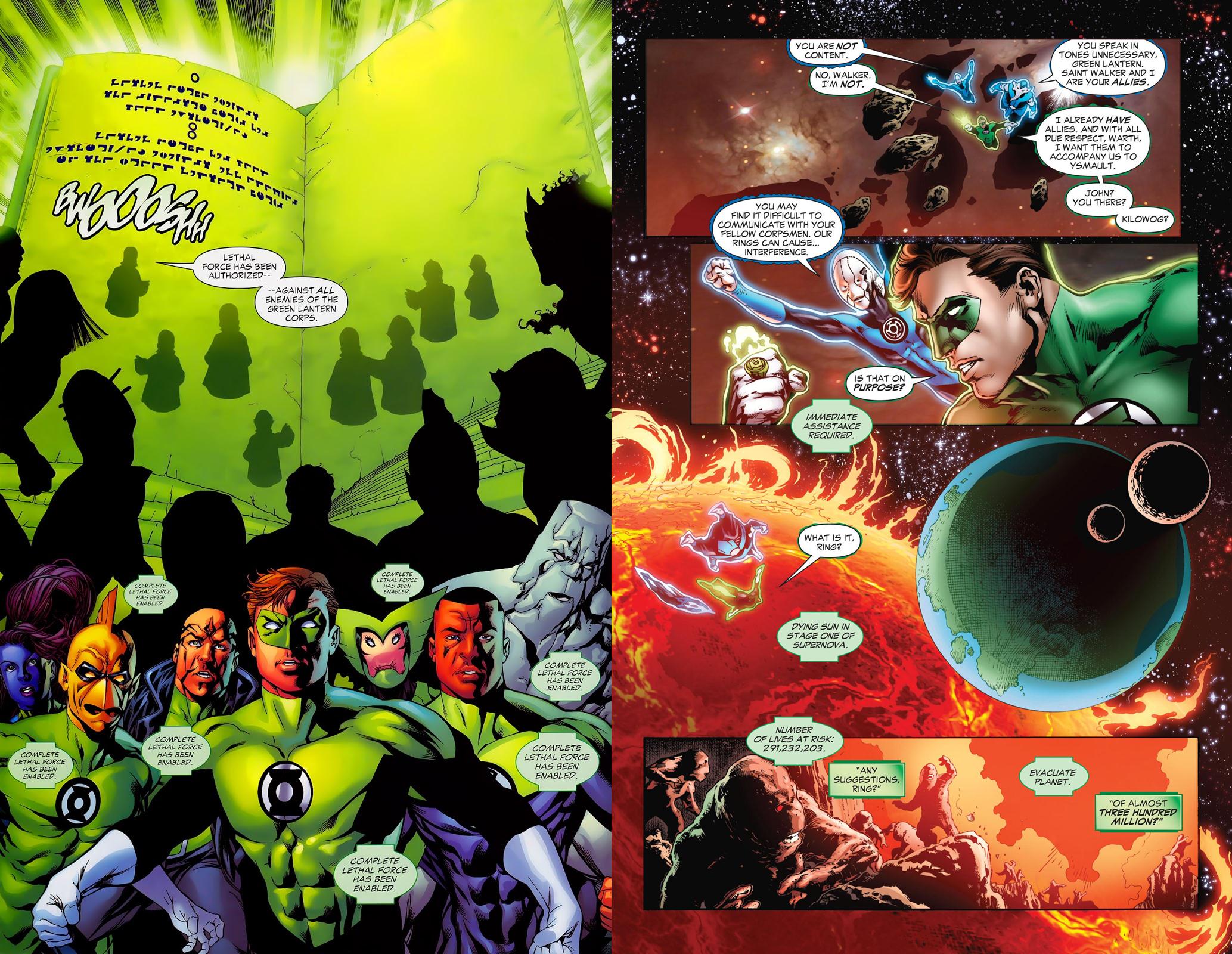 Green Lantern graphic novels return to present day continuity, after the extremely satisfying interlude of Secret Origin, with Rage of the Red Lanterns picking up after the end of the Sinestro Corps War. An opening chapter touring around assorted Green Lanterns contemplating what they’ve been through means this isn’t a graphic novel to pick up at random, but anyone who has been following the continuity is treated to a thrill ride.

The opening three chapters are drawn by Mike McKone in his always graceful superhero style (sample spread left), and eventually open into a test of new guidelines introduced by the Guardians of the Universe during the Sinestro War. Due to the dire circumstances and the army of merciless foes, the Guardians removed their restriction on Green Lanterns being able to kill. In the aftermath the limitations of that are put to the test. Is a Green Lantern now allowed to be an executioner? Writer Geoff Johns was being provocative and stirring up controversy. That Green Lanterns are forbidden from using lethal force had been a guiding principle of the heroes fans had followed for decades, and to wipe it away at a stroke was a fundamental alteration of ideology that didn’t sit well with many. It was followed by the idea that the Guardians would actually oversee the executions of captured enemies, and the introduction of an elite police force to monitor the Green Lanterns. Their complications play out in Green Lantern Corps.

Johns takes matters several steps further over the second three chapters. Different coloured rings drawing their power from other emotions were emphasised with Sinestro’s allies, and Johns introduces a whole range of rings connected to emotions. The Red Lanterns are fuelled by rage and require blood, plenty of it. Their rage may be justified, but the ends are very distasteful, even if subsequently matched by the introduction of the even more powerful Blue Lanterns and hints of others to come. Each has their own ring oath. Johns further courts controversy by Hal Jordan having no problem with the proposed execution of Sinestro. It’s the Batman/Joker philosophical exercise played out alternately. Batman knows if left alive the Joker will inevitably kill more people, so is Batman therefore responsible for those deaths if he refuses to kill the Joker? Jordan knows where he stands on that side of the argument.

Ivan Reis (sample art right) returns for most of this story after a decent opening chapter from Shane Davis. There’s not much separating the approach of McKone and Reis, and both are extremely talented, but Davis fits right in.

Accept the ethical decisions Johns has made, and this is another thrilling and surprising Green Lantern graphic novel to add to the others he’d already turned out, and he’s building toward something big in Agent Orange. However, for some this was no longer the Hal Jordan they’d grown up with.

This content can also be found in the oversized hardcover second volume of Green Lantern by Geoff Johns Omnibus.