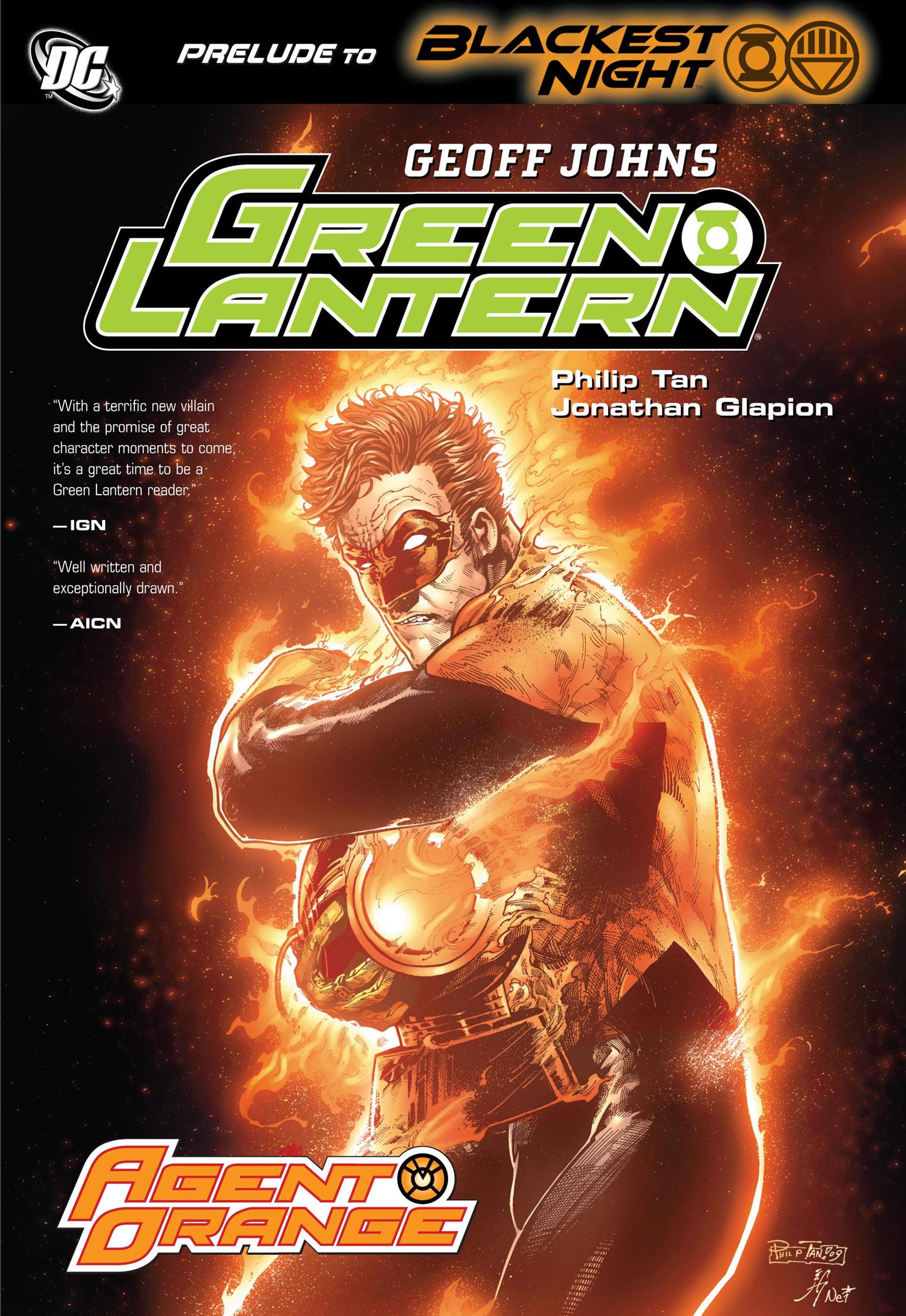 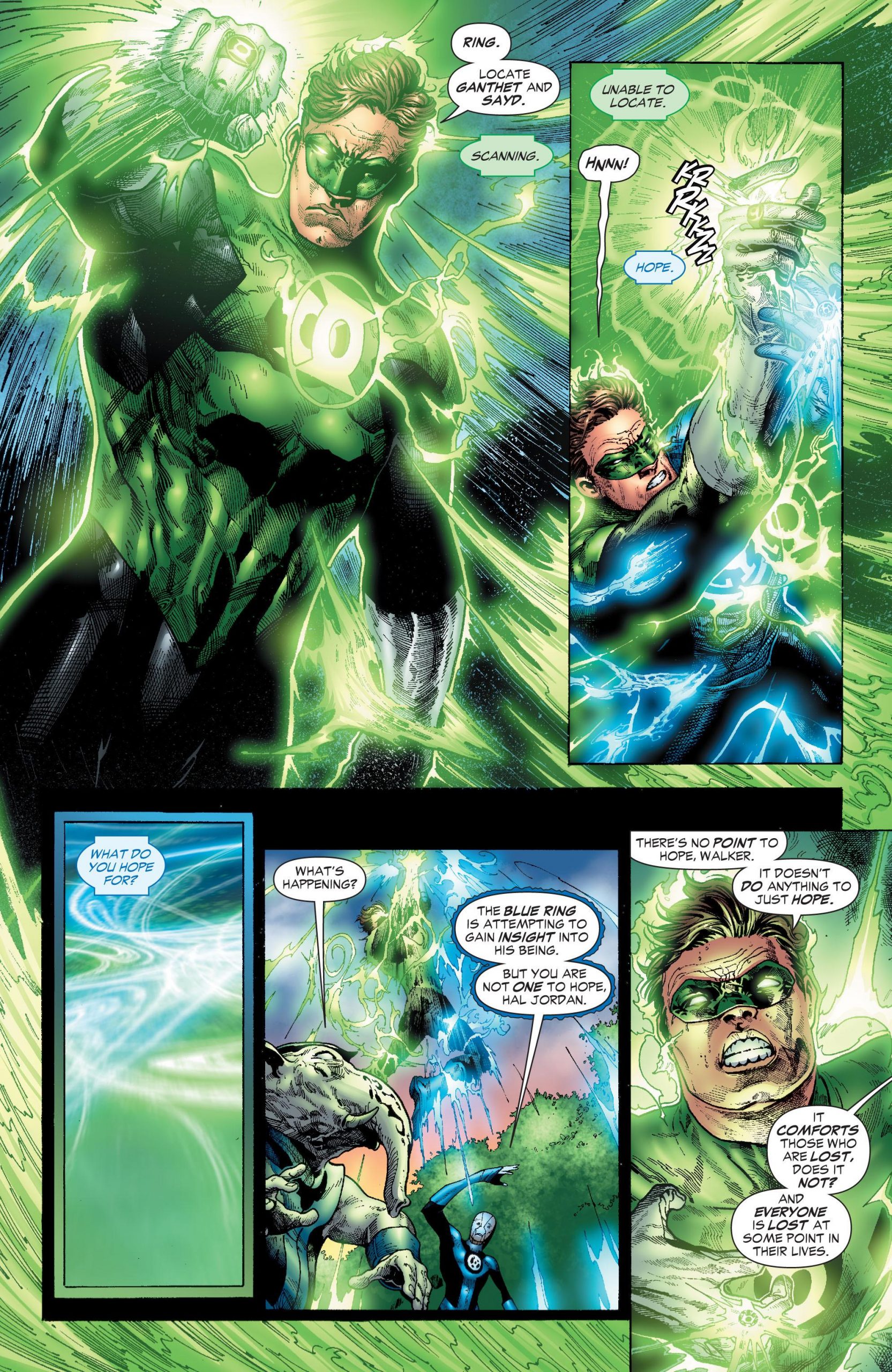 During Rage of the Red Lanterns Geoff Johns set a lot of plots in motion, introducing several new characters and concepts to DC. One, however, was kept back for Agent Orange, and of all the new introductions Larfleeze would prove the most popular, rapidly progressed to his own short run series. He’s another in the continuing disclosures of secrets the Guardians of the Universe have kept for years, and for some while now they’ve not just seemed arrogant and aloof, but corrupt and manipulative. That’s amplified as they continue to devise new directives wiping away old policies.

As the primary Green Lantern in this series, it’s down to Hal Jordan to confront Larfleeze, despite still being compromised by what happened to him during Rage of the Red Lanterns. This is a different Larfleeze from the one that would later develop. While already very powerful and prone to temper tantrums, nowhere here is he played for laughs, as his greed is another of the constructs like hope and rage shackled to the assorted rings introduced alongside the long-running green versions. Johns is dabbling in hidden depths, but doesn’t really develop this beyond captions. There’s never an overwhelming feeling that there’s an importance to hope, for instance, which is used for a running joke, but little else. Better is the way Larfleeze controls his Orange Lanterns, a novelty in keeping with his personality.

Although several artists are credited, it’s Philip Tan responsible for the bulk of Agent Orange. His design work is first rate, and spotlighted in the back of the book, but while he has a superficially attractive style, the clear storytelling seen over the previous few books disappears, and it’s sometimes difficult to follow his panel to panel continuity. He also over-exaggerates poses and there’s considerable objectification of the humanoid women. Eddy Barrows helps out on later Tan chapters, drawing John Stewart’s experiences with Star Sapphire. They’re extremely stiff, perhaps required at short notice, but don’t show Barrows at his best. Rafael Alburquerque and Ivan Reis draw short stories. Reis’ is negligible, but Alburquerque’s tale of Glomulus darkly funny. Mahnke’s contribution is excellent pin-ups of the assorted ring bearing corps introduced over the past two collections, along with the longer running Green Lantern membership.

Much of Agent Orange is the lead in to DC’s 2009 event series Blackest Night, which follows, and there’s some stretching the plot beyond its natural lifespan to ensure the publication timescales. By the end almost every person Johns has been spotlighting experiences, learns or sees something connected with the emergence of a major threat. It continues both in the Blackest Night graphic novel and Green Lantern: Blackest Night. 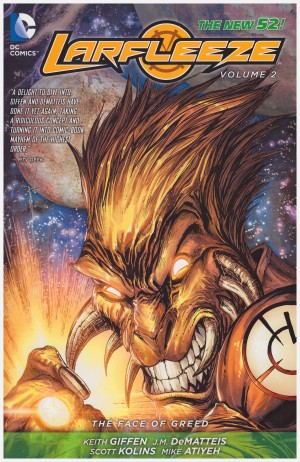 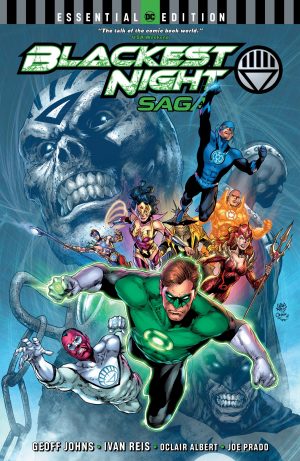