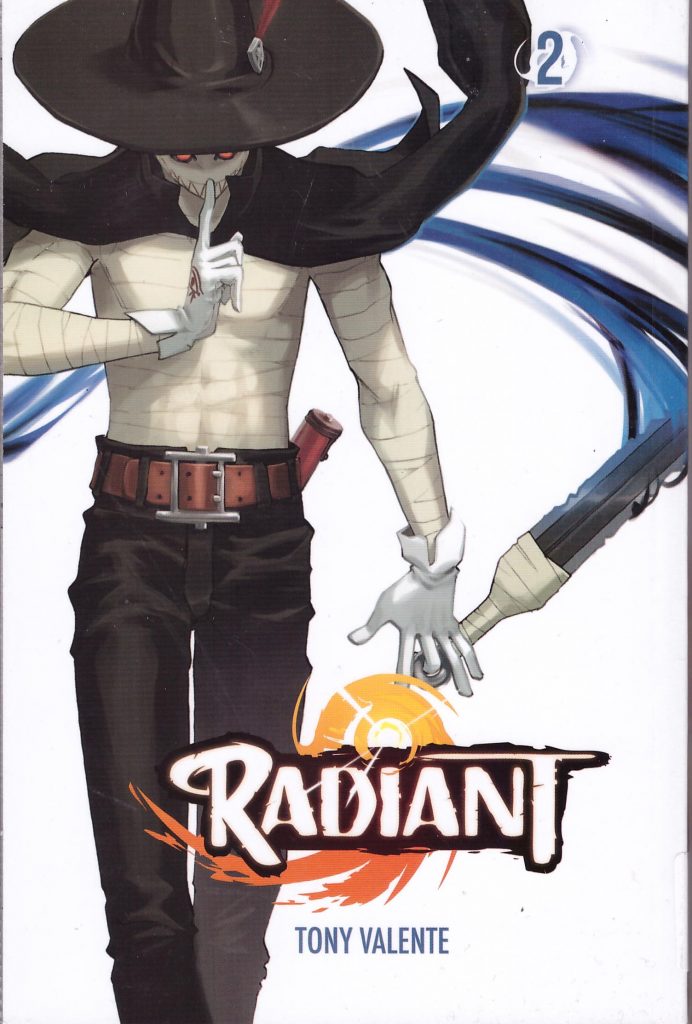 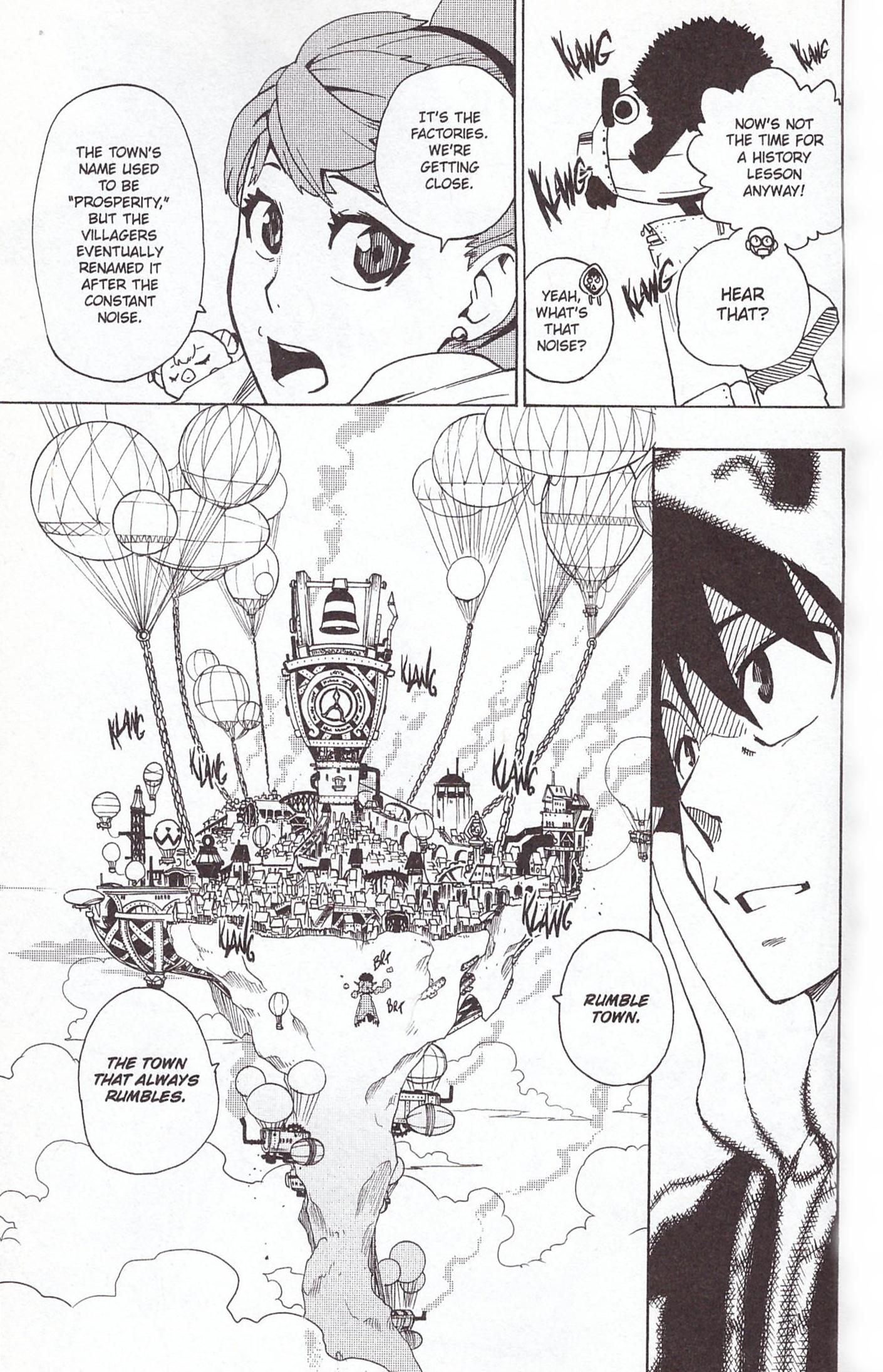 In Seth’s world magic is referred to as fantasia, and while he has enormous potential, his use of it is unrefined, which is why he’s been sent to the Artemis Institute for training. On the way there however, as seen in Radiant 1, he came to the attention of the Inquisition, who’re keen to exploit his natural talents. What Seth wants is to learn enough so that he can deal once and for all with the Nemeses who plague his world, monsters who seemingly originate from a place named Radiant, and he’s not someone who’s easily fobbed off.

Radiant is a surprisingly dense read for manga title, so many of which are meant to be read quickly. Tony Valente works with the manga form and techniques, but infused with the pacing of European comics and considerable artistic detail. Much of that is amazing designs. All places Seth visits are floating in the sky, which gives them a head start on impressing the audience visually, but Valente moves beyond, creating complex structures and ornate fittings. It’s work intensive, and unlike other manga each volume of Radiant takes just shy of a year to complete.

Valente continues to build on the eccentricities of the people who’ve already been introduced, and introduces several more, equally batty. For instance, Research Wizard Doc, not as capable as he’d like to have people believe, is infatuated with waitress Melba, not seen before. She wears a glove puppet representing her father, with whom she holds conversations. She’s just a passing character, yet the effort applied in establishing her is impressive. The guy on the cover is more threatening, the mysterious Grimm, encountered on a planet where Seth has vowed to capture a living Nemesis, something no-one has previously achieved. However, if that wasn’t difficult enough both Grimm and the Inquisition complicate matters further. Mélie’s transformation in Radiant 1 surprised, and of all the cast she’s the one Valente works on most here, showing she has hidden depths, and with a little more self-confidence she’d be a threat to be reckoned with. Valente also has a few thoughts to impart on how demagogues inflame the worst aspects of humanity during a final chapter that leads to a cliffhanger ending, one that again reconfigures an already complicated scenario. Valente provides one hell of a page turning plot, the art’s great, and you’ll want to be back for Radiant 3.

The bonus content is notable also. In the first volume Valente asked readers to submit their own designs for wizards, and the phenomenal response generated some great designs, the best of which are presented here.