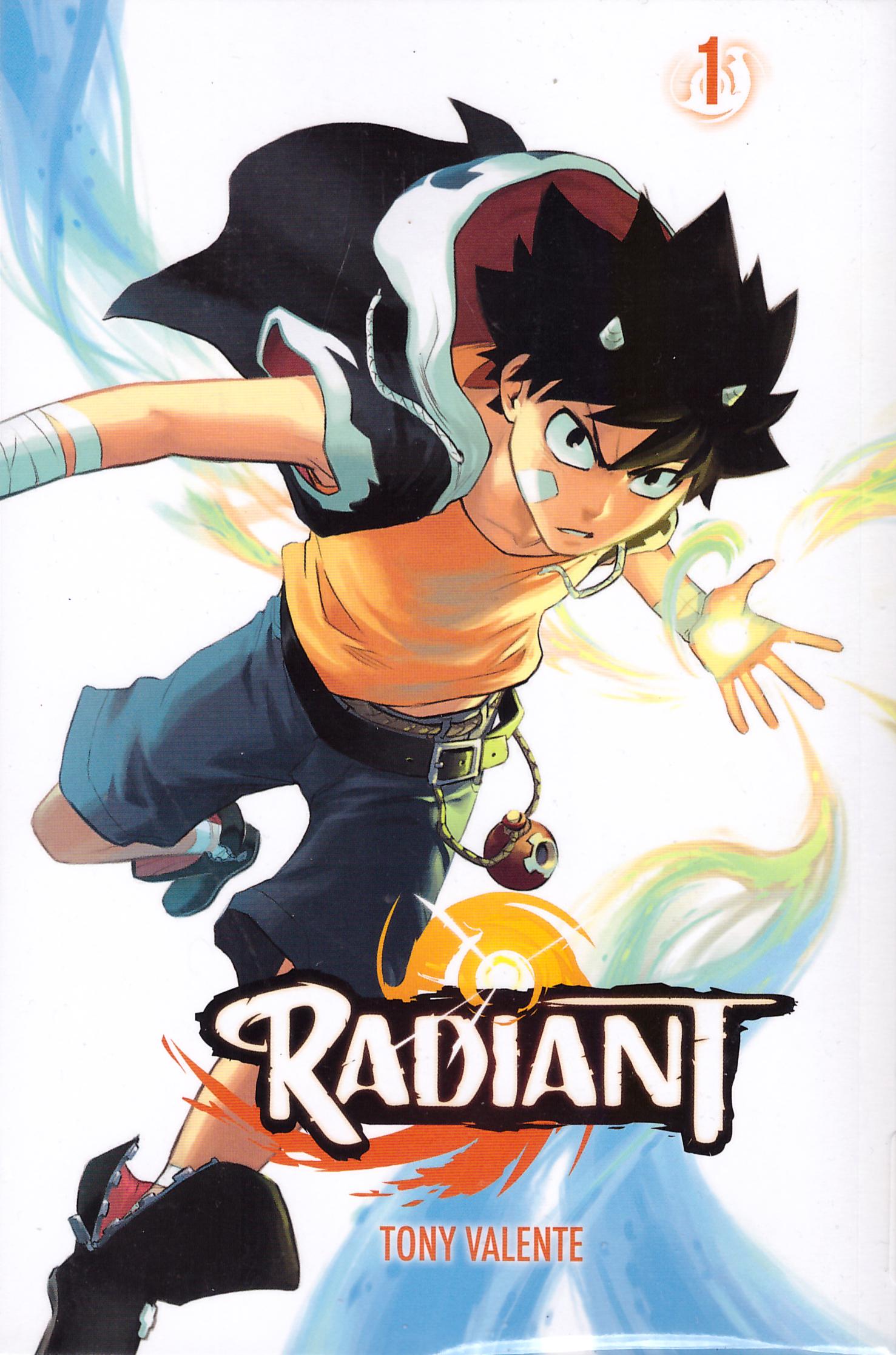 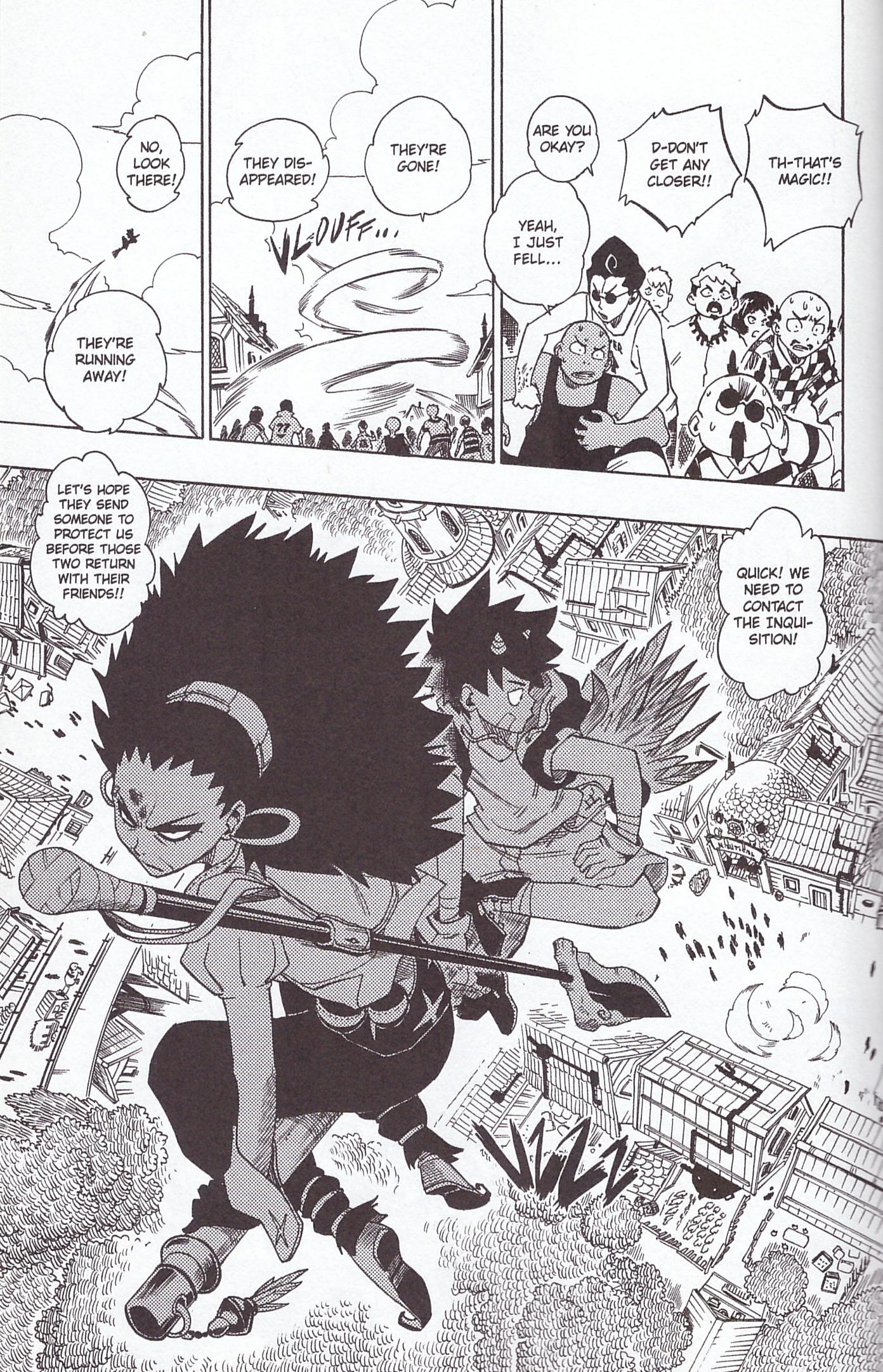 He may not look the part, and certainly isn’t fully trained, but Seth is a wizard, and dreams of tackling a Nemesis, one of the incredibly powerful creatures that just drops on a floating village and devastates it. Once he’s done that, Seth plans to find the mythical nest of the Nemeses, known as Radiant, and destroy it. However, good intentions and bravery are matched by impulsiveness and stupidity.

It may look like manga and be published by the pre-eminent English language manga publisher, but Radiant is the work of a French cartoonist Tony Valente, revealed by several minor differences and one significant difference. That’s a result of cross cultural influence, because while Radiant is the same format as many other Viz publications, it’s not a rapid read, partly due to the sheer amount of detail Valente includes for a comedy fantasy. The speed lines and close-ups of screaming faces are present, but Valente fills his pages with backgrounds, and ensures their necessity by so often using distant viewpoints. It’s very impressive. So is the world building. Valente introduces the complications and restrictions at a level usually reserved for more twisting manga such as Old Boy, not adventure comedy. A wizard is defined as a person who’s survived the corrupting influence of a Nemesis, but that takes its toll, changing their appearance, in Seth’s case the growth of horns on his head. A Nemesis is fairly well invulnerable to conventional weapons, but anyone wearing gold is invisible to it, and a feather gauntlet is the device to have if confronting one. Allegedly.

A hundred page opening chapter introduces Seth, his world and his capabilities, which are far greater than has been assumed. Even his mentor Alma is secretly impressed while castigating him for his recklessness. Seth thinks big, and may be young, but has a finely honed sense of justice that should take him far, but it’s not all going to be plain sailing. His world isn’t just one of trial and combat error, it’s more complicated than that, and as in Harry Potter’s world, there are corrupt and overbearing elements within the world of wizards. Inquisitors are to be feared, their priorities rarely coinciding with those of the people.

By the end of this opening book Valente has introduced a varied cast with assorted problems, the transformation intriguing, and just in case anyone’s not up to speed a number of comedy pages in the back give a full explanation of Seth’s world, or at least what’s revealed so far. It’s been fun, and may be liked by people who’ve been put off by some manga quirks. Seth’s progress continues in Radiant 2. 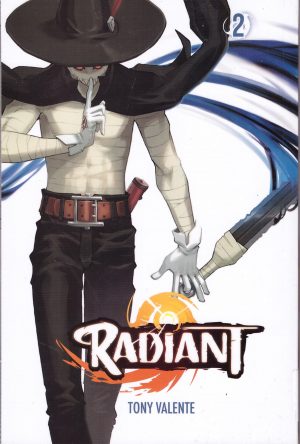 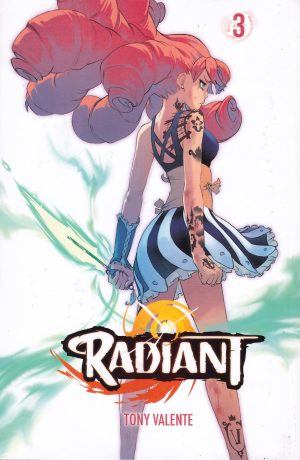 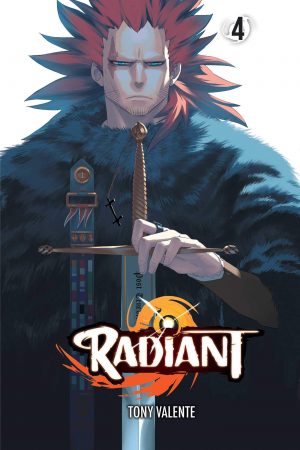 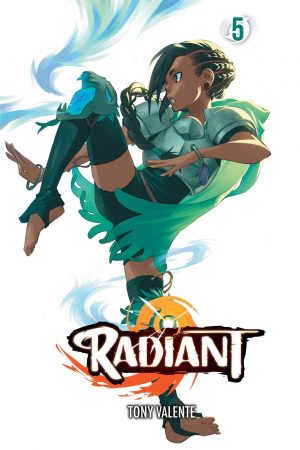