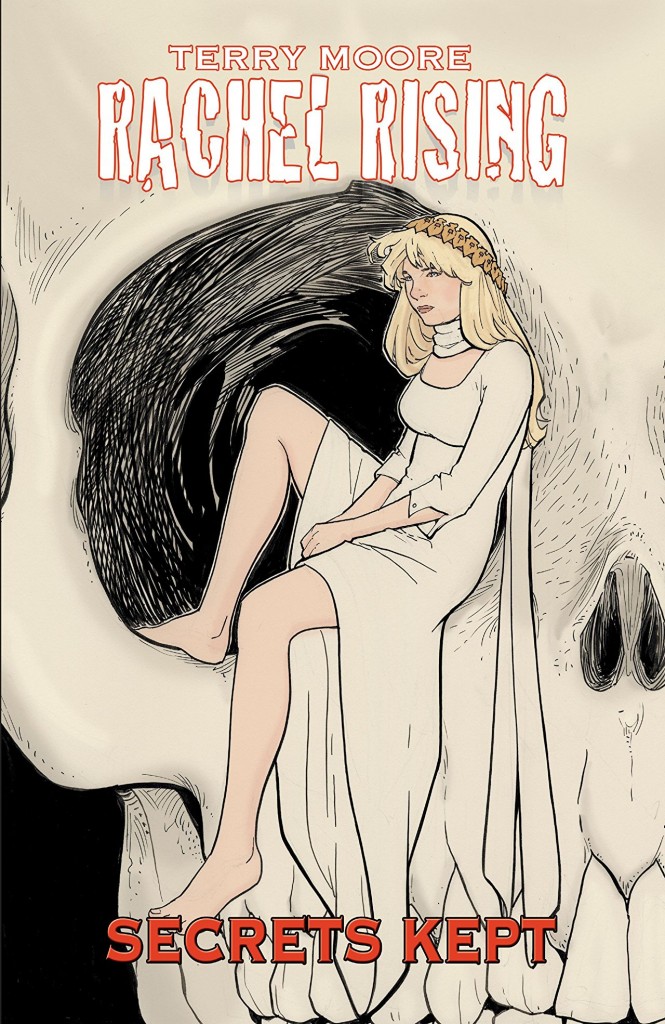 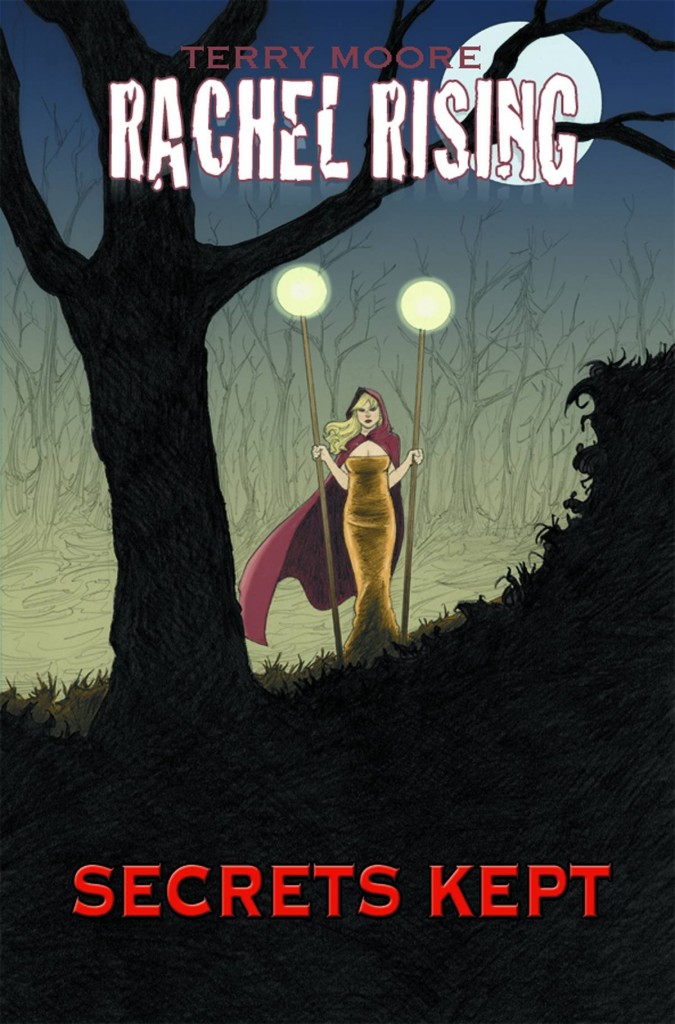 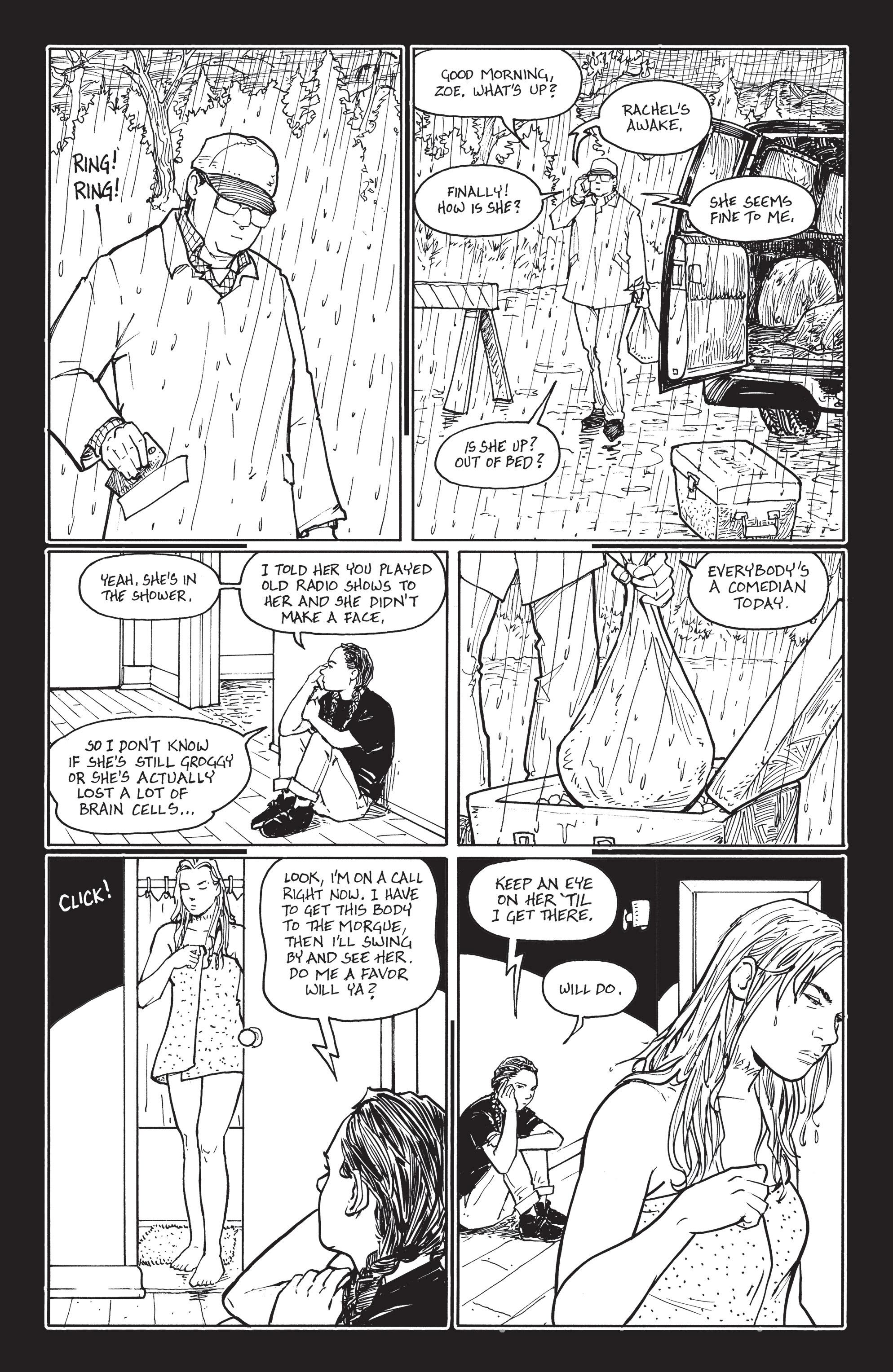 It’ll surely come as no surprise by volume six that Rachel rises pretty early despite the events related in the previous Night Cometh. She’s needed, as over the opening two chapters Terry Moore constructs a whodunnit, or more a whydunnit, that also marginally moves the bigger plot forward while simultaneously giving Rachel a greater insight into what she’s now capable of. It’s neat, compact and superbly slotted together.

That pretty well also applies to the remainder of Secrets Kept, in which Moore keeps introducing more curveballs that he’s obviously had in mind from the beginning, and has been slowly dripping them into the narrative. He proves it visually, and one of these is an unpalatable shock for Rachel that ties right into the battle persisting since the dawn of time. Time may now be running out to prevent the end of the world as we know it.

Moore’s art is again beguiling. He puts a lot of work into convincing locations around a small New England town, be they the nearby woods, the facilities or the neat houses. It all combines to prompt a look at the real estate listings. He’s always been good with visually depicting character via posture and facial expression, and there are times when no dialogue is required, yet the meaning is obvious.

As ever, Moore’s characterisation is wonderful. There’s what appears to be just a cameo as two old ladies watch Rachel and Lilith arguing. In itself it’s a charming sequence with a good pay-off line, but better still is that it’s foreshadowing something from the next volume brilliantly.

Zoe once again has a major part in events, uncertainty still surrounding her larger purpose, and Moore works wonders with her snappy comebacks in the face of provocation, and her unconventional insights into the world. For once, however, she’s not behind the thrust of matters as Moore finally pulls back the curtain to disclose almost the complete picture. By the end of the book we’ve been led to have suspicions about the identity of Rachel’s killer way back in The Shadow of Death. We already know who Lilith is, but Malus is also revealed, and we know what’s coming and possibly how to stop it as well. Dust to Dust surely beckons. Alternatively buy the entire series to read in a single sitting as the Rachel Rising Omnibus. It’s good enough to warrant the investment.