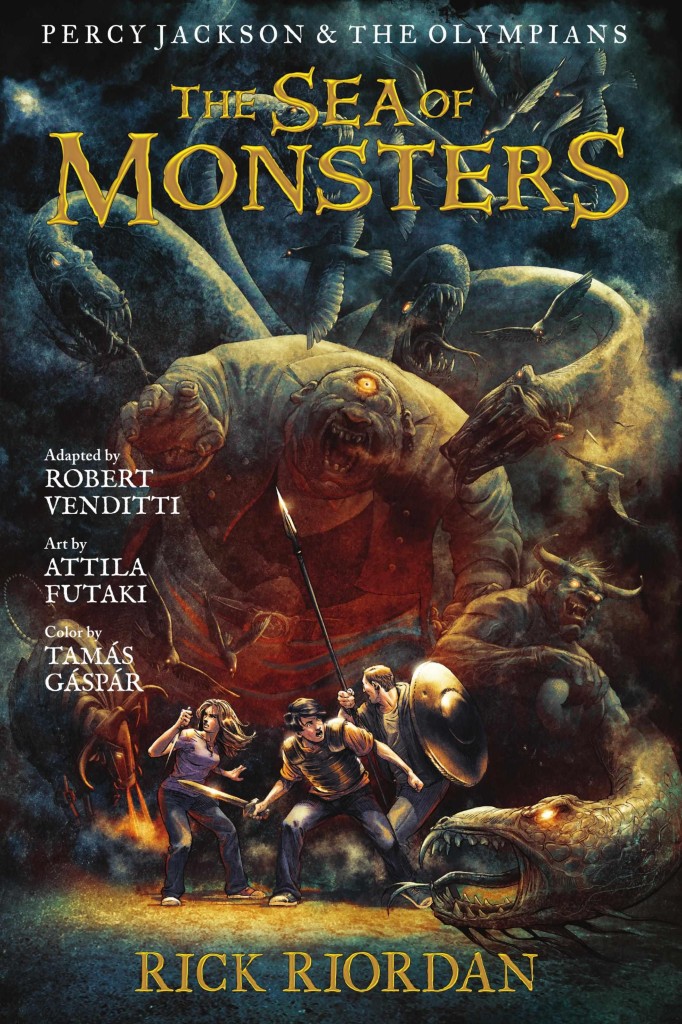 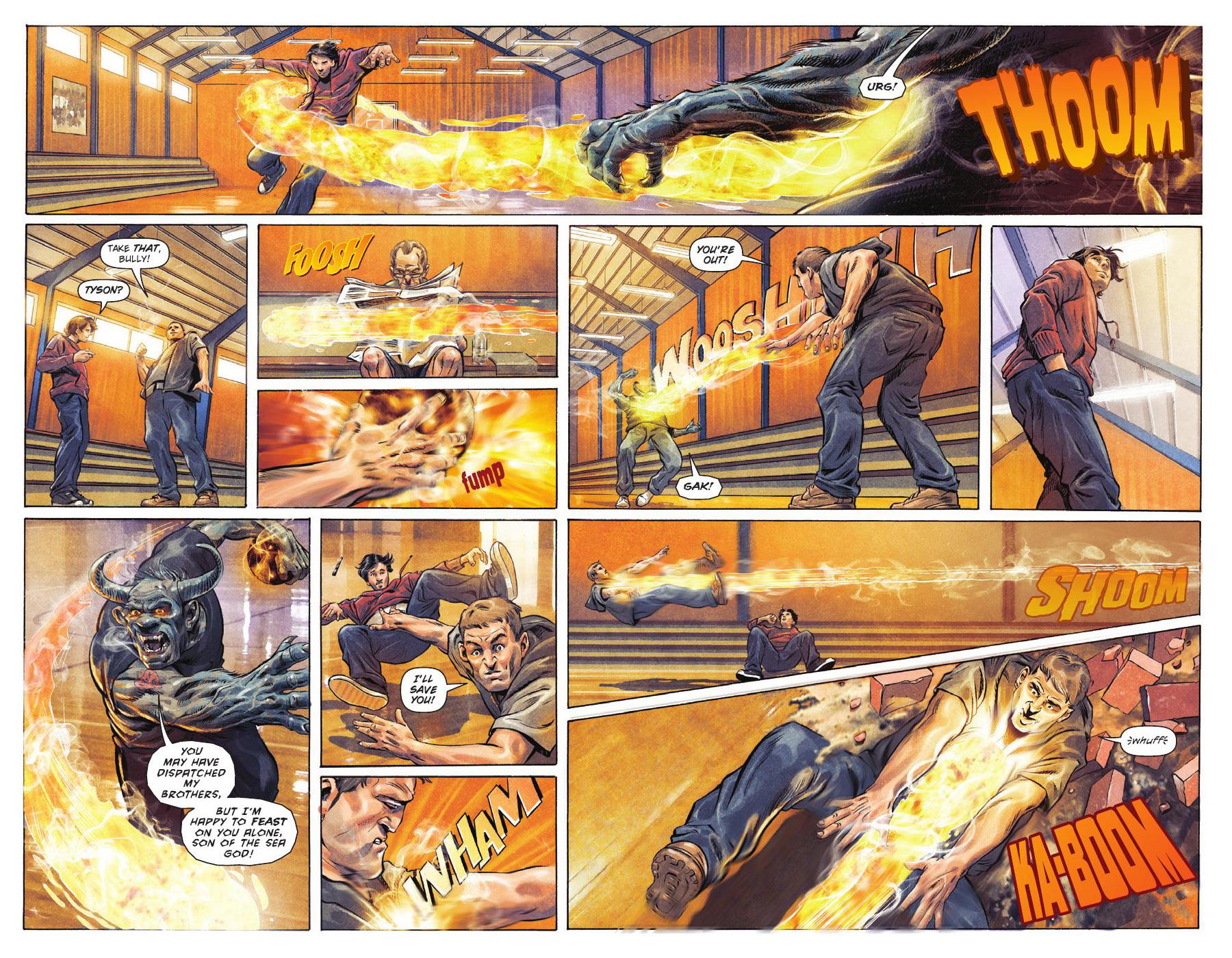 This second graphic novel adaptation of Rick Riordan’s Percy Jackson series brings a change of title, appending ‘The Olympians’. Percy’s true heritage was revealed within Percy Jackson and the Lightning Thief, and it’s presumed no-one has come here unaware of the relevant elements.

Until that first book Percy Jackson considered himself a normal American teenager, albeit one with a missing father. The Lightning Thief revealed his true heritage as one of many children sired by the ancient Greco/Roman Gods of old, still with us, and still rutting. Percy, though, was one of the very few children into which the power of his father flowed.

The garish Frazetta-lite cover doesn’t do any justice to the fantastic interior artwork by Attila Futaki. His glorious naturalism delivering convincing teenagers has actually improved. Futaki has a natural talent for laying out an exciting page, and if the leading cast are impossibly beautiful, that could be explained away as a side effect of being sired by Gods. His designs are spectacular, from the mechanical steam-powered bulls seen early on to the brutes of the finale. The art is compensation for the contraction job Robert Venditti has to carry out on the over 300 page original novel to compress it into under half the page count. While sympathetically handled, it’s most noticeable in the abrupt shifts of scene, when characters appear with little set-up or introduction.

Percy’s last day at school doesn’t run to plan, and the summer camp he was supposed to attend is experiencing problems. The magical protective tree planted by Zeus himself is infected with poison, and Percy’s friend Chiron is to be the scapegoat for letting this occur. Yet there’s chance, a very slim chance, that the tree can be saved and the community again protected if a long missing source of ancient magic is recovered, but Percy’s not to leave the camp. Voila! Set up complete, and the plot is off and running.

As previously, elements have been changed, but structurally Harry Potter books are very much an influence. We have each story moving a year forward, the suspiciously unpleasant guest teacher, the games, the magic, the quest and the inquisitive trio. Riordan is creative enough to work changes within that structure, and provides some insight that prompts thought as he uses mythology to weave a beguiling tale around the likeable Percy. As with the previous book, any intelligent kid will figure out the clues, but that’s not the point, as along the way the characters learn something about themselves.

There’s a surprise at the end, leading into The Titan’s Curse, but by that point the Sea of Monsters ought to have thoroughly enthralled the teen reader.