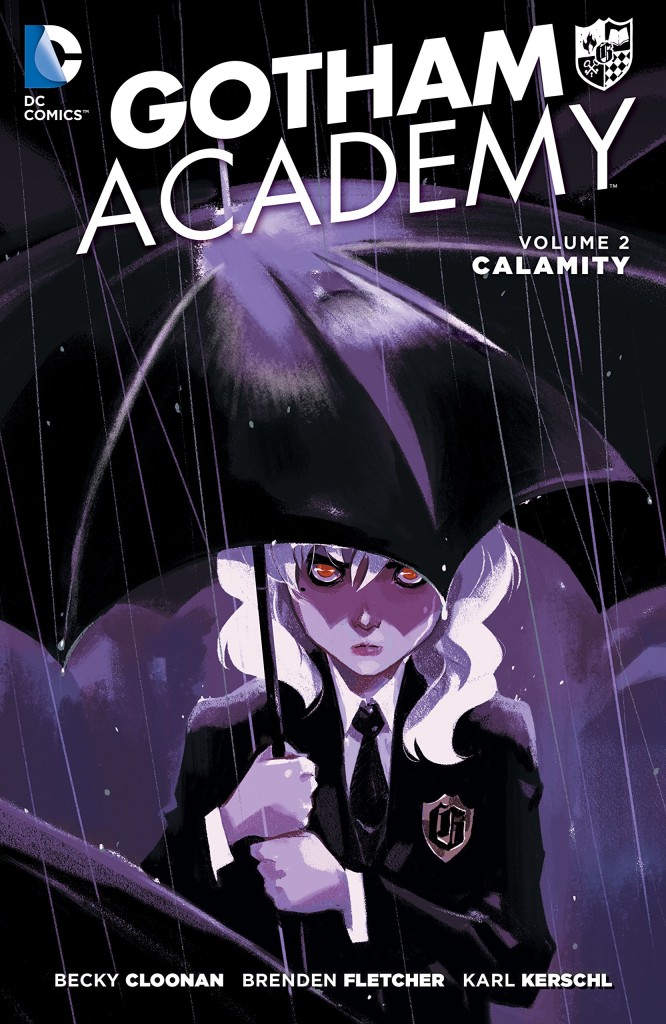 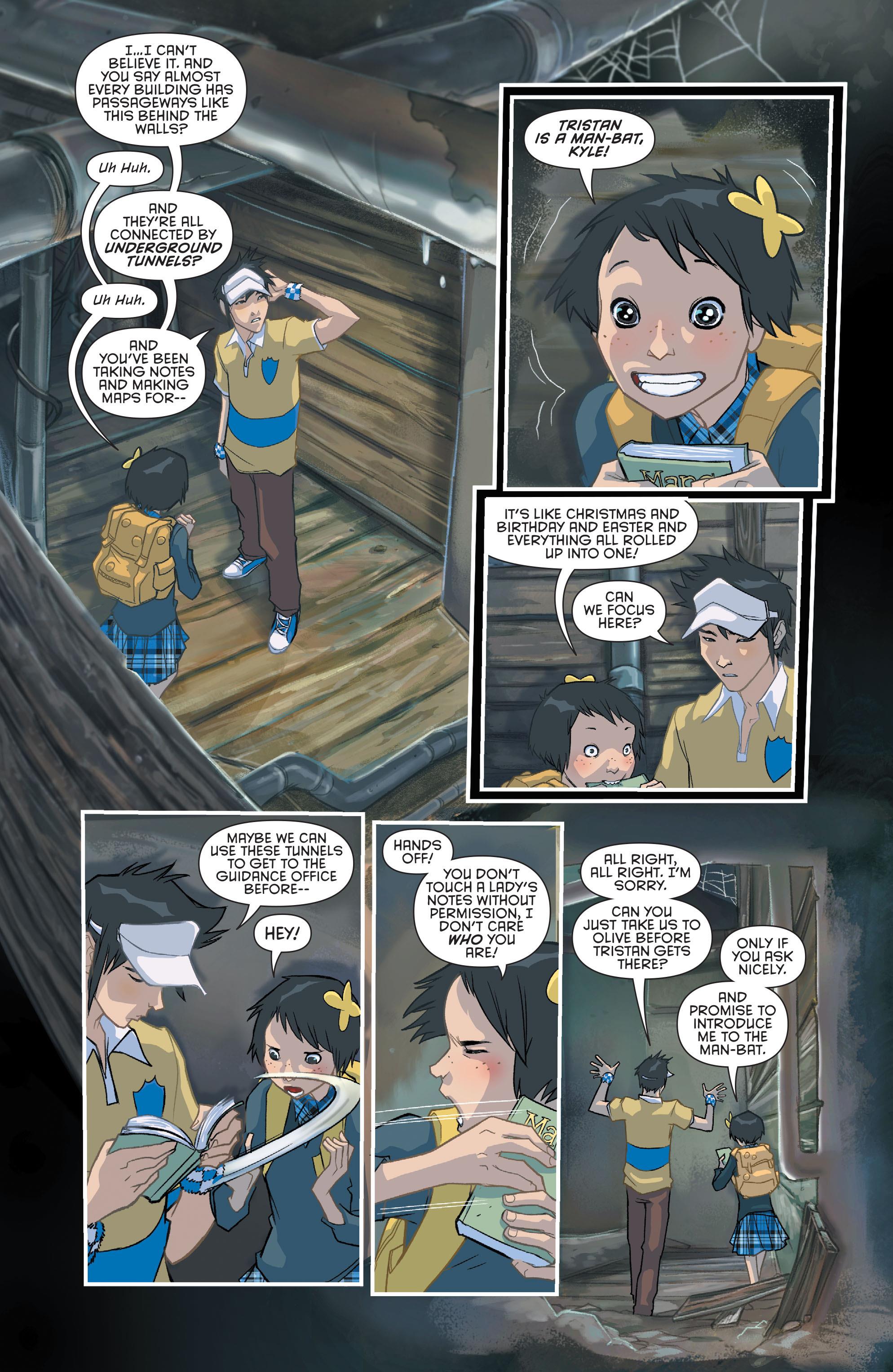 Welcome to Gotham Academy introduced us to Olive Silverlock, a troubled yet adventurous pupil at Gotham’s most prestigious school. It was a graphic novel that wore its influences on its metaphorical sleeve, but nonetheless provided a sprightly teenage soap opera with mystical overtones.

It’s a theme continued here, as writers Becky Cloonan and Brenden Fletcher toy with the established trappings of Gotham City and its inhabitants, and apply them to a school setting. An opening ten pages introduce the cast and concept, but Damien Wayne’s attendance is cut very short, which is probably just as well given his capabilities and the established format for the material.

Cloonan and Fletcher characterise the main cast with charm and wit, and of particular relevance is the likeable Maps cataloguing the passages than run between the walls of the ancient school building. Tension, mystery and suspense are constant partners to their elegant character portrayals, which here move away from being entirely the viewpoint of the recently bereaved Olive.

Karl Kerschl’s art strikes exactly the right tone, giving an animated polish to proceedings. The importance of the greater imagination he applies to layouts is exemplified by the opening chapter illustrated by the otherwise equally talented Minjue Helen Chen, whose page designs aren’t as appealing, lacking variation. She supplies a spectacular view into Gotham later, though. Both are well served by the colouring of Serge Lapointe and Msassyk.

The volume’s title feeds into the problems plaguing Olive. Is she really seeing her dead mother, and did she ever truly know her? Those are questions perpetuated to the end, amid some clever use of stock Gotham material given an interesting twist. Some familiar names and faces aren’t the way they’ve been portrayed in the past, this is a ‘New 52’ title after all, but the charm and emotional pull exist throughout. Yearbook follows.