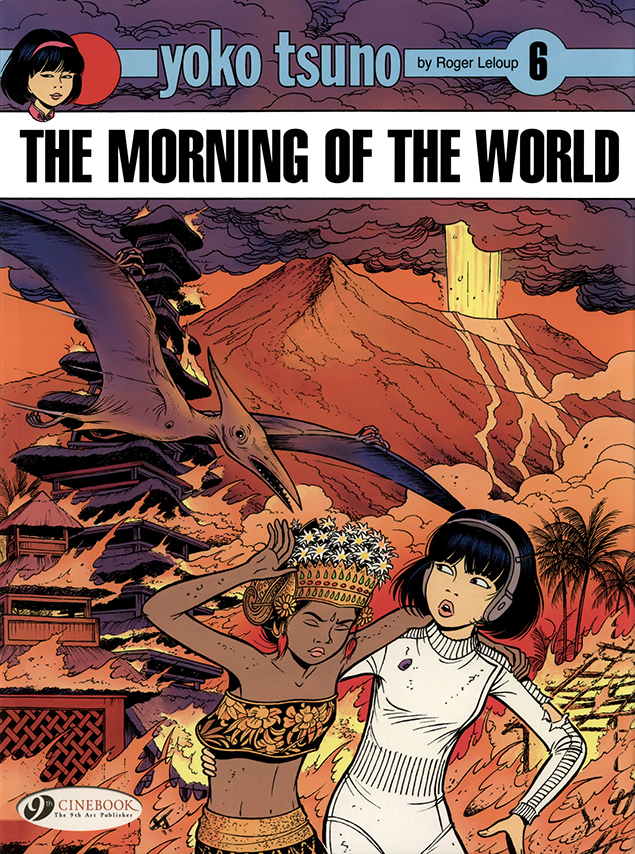 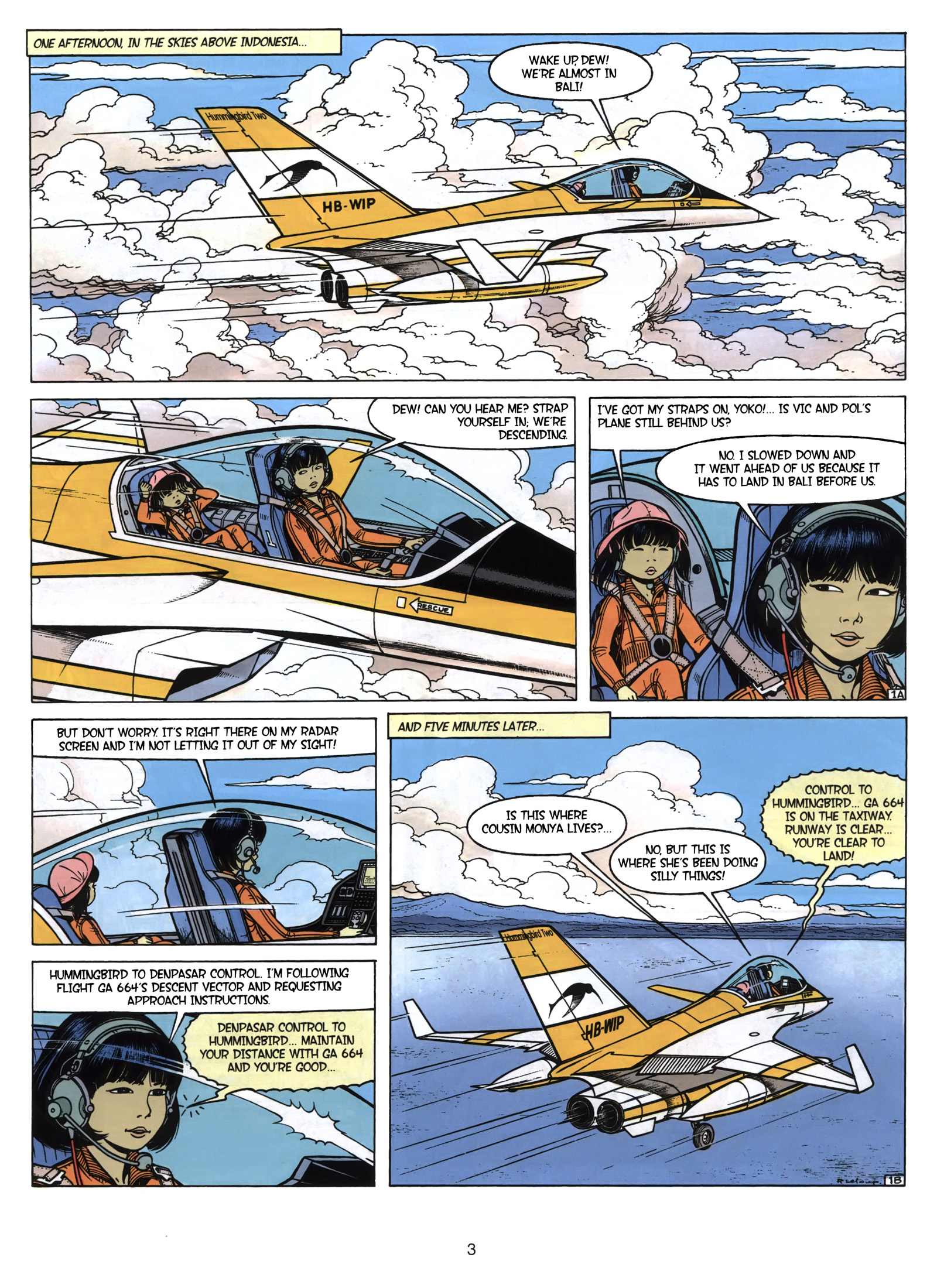 The Morning of The World is the sixth album of Roger Leloup’s Yoko Tsuno to be translated by Cinebook, but the 17th volume in the original series, following on directly from The Dragon of Hong Kong. The end of that adventure found our intrepid heroine Yoko Tsuno adding a fourth member to her group alongside Vic and Pol, a little girl called Morning Dew (mostly just referred to as ‘Dew’ by everyone). This story begins with Yoko piloting yet another fabulous jet–the ‘Hummingbird Two’–to an airport in Bali where she meets with Monya, the girl from the future first seen in The Time Spiral. In that adventure Monya and Yoko journeyed back into the past to World War II to prevent the destruction of Earth in the future. When they returned to the present, Monya had to remain in 1980s Indonesia, because with the timeline now altered, her own future no longer existed. The stranded young time-traveller eventually used her time machine to journey into the past again, and her actions create a problem that she now needs Yoko’s help to put right.

Perhaps because this series is for young readers, Roger Leloup has avoided the kind of complicated paradoxes that time travel stories usually depend on. By trying to keep the plot simple and linear, though, The Morning of The World delivers a story that doesn’t make sense. Monya’s problem has a giant logical flaw that Yoko should solve immediately, and Leloup tries to bury that obvious solution under a heap of other contrived situations which keep the action moving. There is plenty of excitement and danger for Yoko and friends to deal with on their journey 700 years into the past. But any child not distracted by the contrast of futuristic technology with ancient menaces will eventually wonder why Yoko’s dynamic problem-solving doesn’t involve using the time machine and her knowledge of the past to avoid getting into trouble in the first place. Despite some spectacular moments, overall this is an unsatisfying episode of the series, far too complicated and yet not clever enough to wrap things up without some cheating.

There’s a huge jump back to the beginning of this series with the next book The Curious Trio which reprints Roger Leloup’s very first Yoko Tsuno stories from 1972. The style of this early work is so different that readers might not recognise the characters at first, but it’s a fun read with more humour than Leloup uses later on, and it will explain all the readers’ questions about the relationship between Yoko, Vic and Pol.