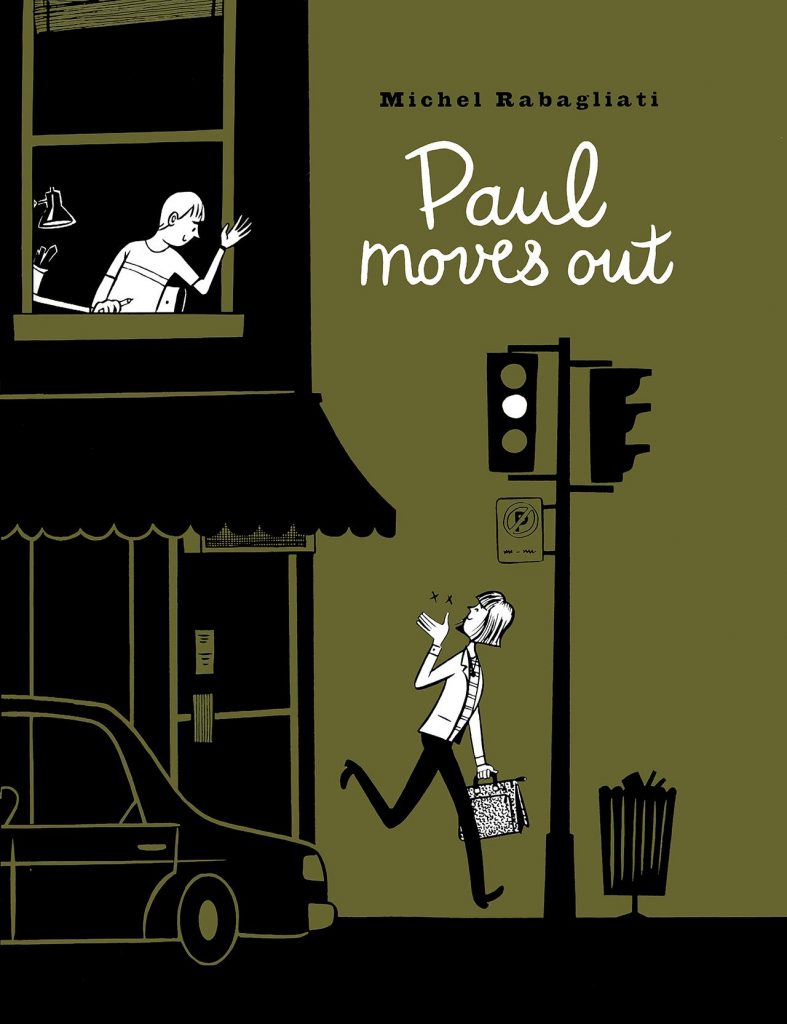 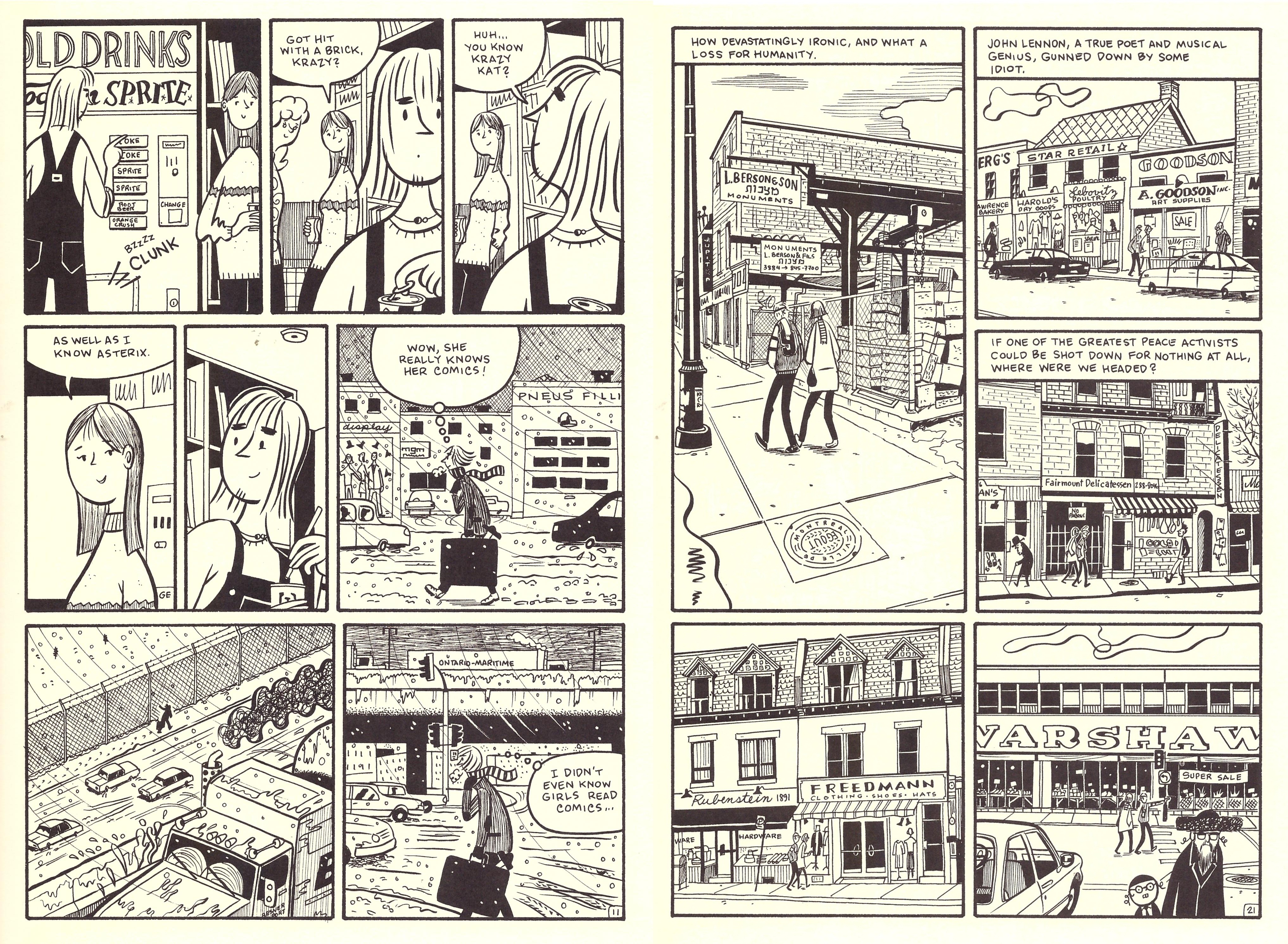 Paul Moves Out is the third of Michel Rabagliati’s semi-autobiographical reminiscences, looking back to the early 1980s period when he and girlfriend Lucie moved into their first apartment.

Events in the early pages cross over chronologically with the Paul seen in Paul Has a Summer Job, but he presents as a more mature character, having progressed from the disenchanted youth, and having decided to refine his natural artistic ability by enrolling in art school. There he meets Lucie, initially astonished that she’s read comics, and in his second year his new course tutor emphasises the importance of graphic design. Beyond that, Jean-Louis Desrosiers has an enormous influence on Paul and his classmates, opening their eyes to the world around them, and this filters through to every page Rabagliati produced 25 years later, not least the pages themselves being cream rather than plain white. A sense of location is prominent in the recreated 1980 neighbourhoods, with the building designs, signs and advertising logos emphasised, but at the time exposure to more challenging culture was a steep learning curve, inducing well-conveyed feelings of ignorance and puzzlement. That ties into Rabagliati’s exceptional skill at setting a mood, be it capturing his teenage alter-ego’s naivety when it comes to attraction, a sense of wonder at new horizons or an enjoyable day at the park with children.

Economical, but extraordinarily expressive cartooning in a retro style, is inordinately charming, matching the optimism infusing Paul Moves Out. There’s an elegant simplicity to a scene of a budgie walking across the table to dunk its head in a coffee cup, one of many scenes where Rabagliati takes the time to establish small moments constructing a bigger picture.

Paul may have been uncertain in 1980, but hindsight applies perspective, and enables a sense of gratitude and appreciation for people and moments possibly taken for granted at the time. That it succeeds as a meander without any great dramatic points is testament to Rabagliati’s skill at holding an audience. It’s something he refers to when Paul and Lucie discuss their annoyance at Captain Haddock’s behaviour in Tintin books, noting Hergé used that to induce feelings of frustration in his young audience. In some ways it’s a shame, as while it’s paying due homage, it’s also pulling back the curtain on some of what Rabagliati does.

Paul Moves Out presents a discursive snapshot of a specific period, good natured and reflective. It’s a creative step forward from Paul Has a Summer Job, and Paul’s next long form outing is Paul Goes Fishing. A book separates those in the French chronology, and the shorter stories featured in The Adventures of Paul were presented in Drawn & Quarterly 3 and 5.