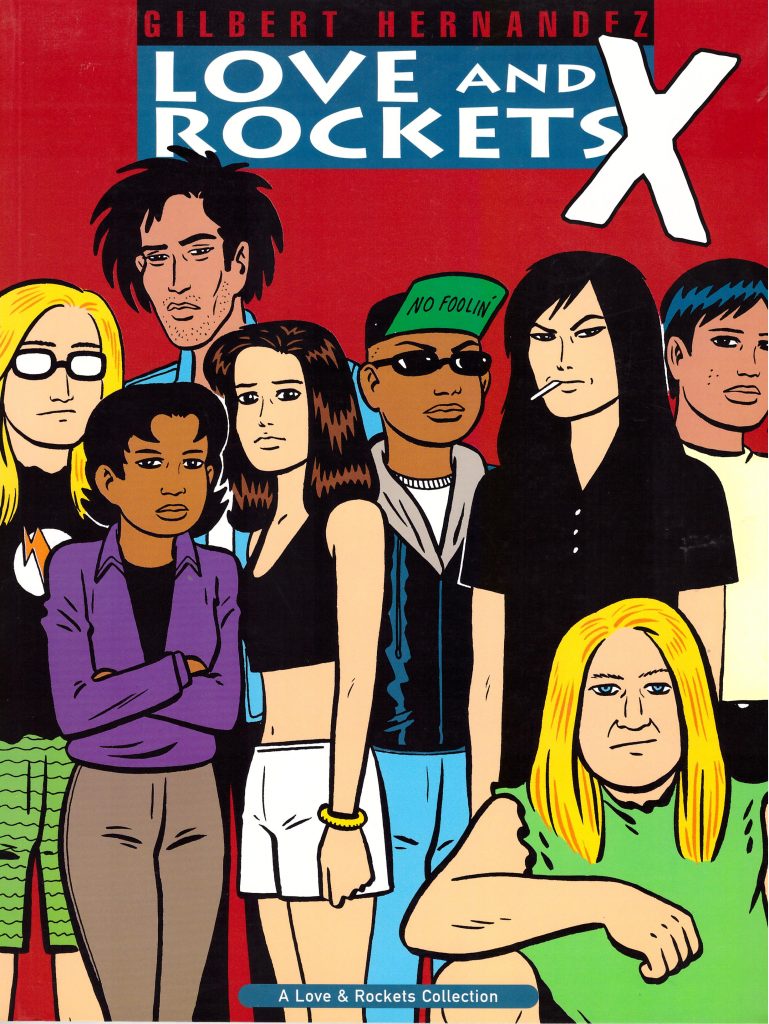 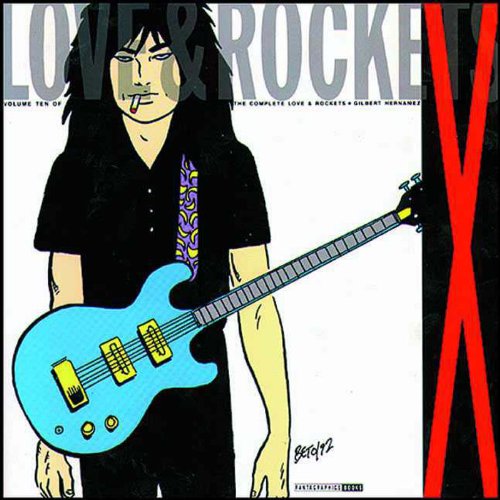 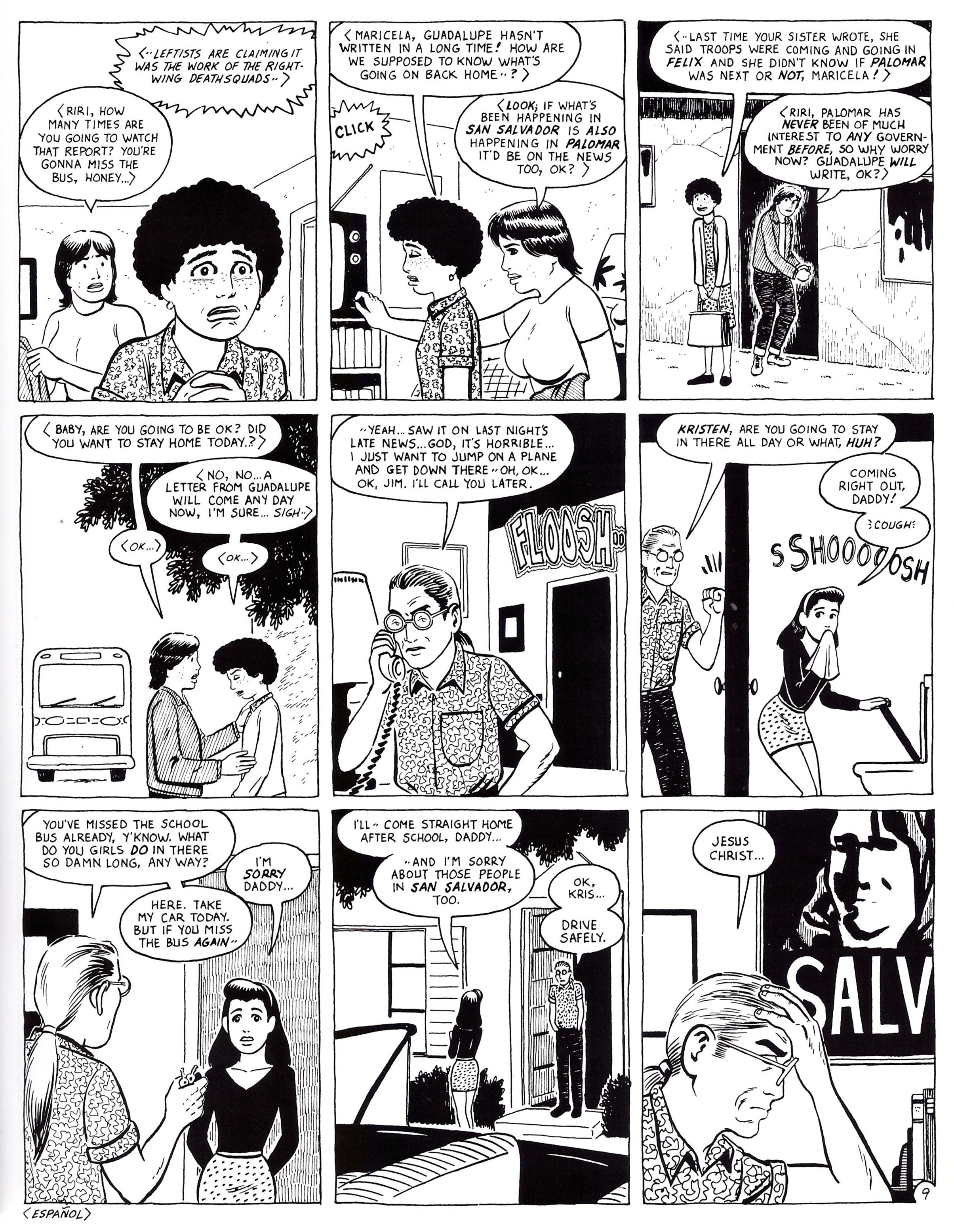 Three years after Gilbert, Jaime and Mario Hernandez launched their Love and Rockets comic series, the name was used by the revised incarnation of British band Bauhaus. Their friendlier pop sound proved a hit with the early MTV generation, causing considerable confusion for the Hernandez brothers and their well-received comic. Love and Rockets X begins as Gilbert’s satirical reworking of the situation. However, rather than just take a potshot he uses the story to spotlight societal polarisation and prejudice in late 1980s Los Angeles.

Hernandez starts with the band Love and Rockets. No, not the English guys, the LA high school band who had the name long before, but they’re really an irrelevance beyond introducing their individual members and those who orbit in their vicinity. Over the first third of the book it results in a familiarity with the California section of a large cast, always in circumstances that provide some insight into who they are. Some have been used previously in Hernandez’s work, notably documentary maker Mike, and divisions and misunderstandings accompany these introductions, resulting in matters coming to a head at party hosted by a caring white liberal.

This is a stupendously rich character study, all the more so for the sheer human understanding of most viewpoints. So much is so good. Perhaps the greatest achievement is giving depth to every member of a cast numbering around two dozen. In a few cases this amounts to little more than caricature, but those are the exceptions. Hernandez deliberately involves members of every racial background and sexual preference, and very few of them are without problems, ranging from minor level everyday insults to extortion. If there’s a central character in this ensemble cast it’s Steve, introduced on the first page flyposting, and on the face of it a privileged white kid slumming in the wrong district. A bit of a dweeb, but heart in the right place and mates with Love and Rockets. Halfway through Hernandez shows us where we can shove our assumptions.

If there’s ever a danger that everything is becoming too worthy and melodramatic, we’re pulled back down to Earth with a moment of sheer hilarity. The set-upon Maricela selling flowers on a street corner meets a potty-mouthed New Kids on the Block fan, or how the music lovers are ridiculously precious, yet will play any crap for cash, and the shot of an Oscar winner on the final page. It’s a beguiling and effective technique.

The book’s final third also involves Hernandez’s regular Palomar cast, adding an ironic layer to the problems of the American who ends up there. At first a seeming anomaly, it’s a commentary on how a community sticks together, looking out for each other, while the Californian cast, whatever their ethnicity or sexual orientation, are all self-absorbed, rarely able to see beyond their own desires and obsessions. It’s a point underlined by the closing sequence pulling away from Earth until it’s an indistinguishable dot in space.

Some cultural references and dialogue date the story, but the strengths survive the era, as do the problems, providing a compelling read well into the 21st century. Love and Rockets X is now more commonly found alongside Poison River as Love and Rockets: Beyond Palomar, by any reasonable standards creating an exceptional combination.