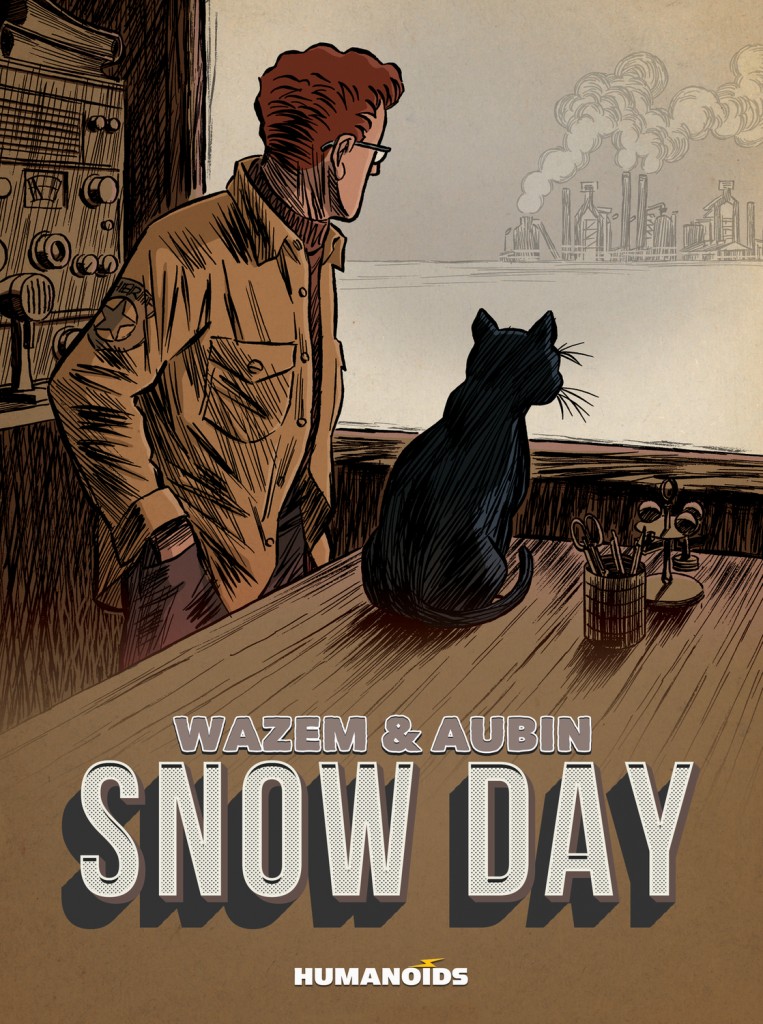 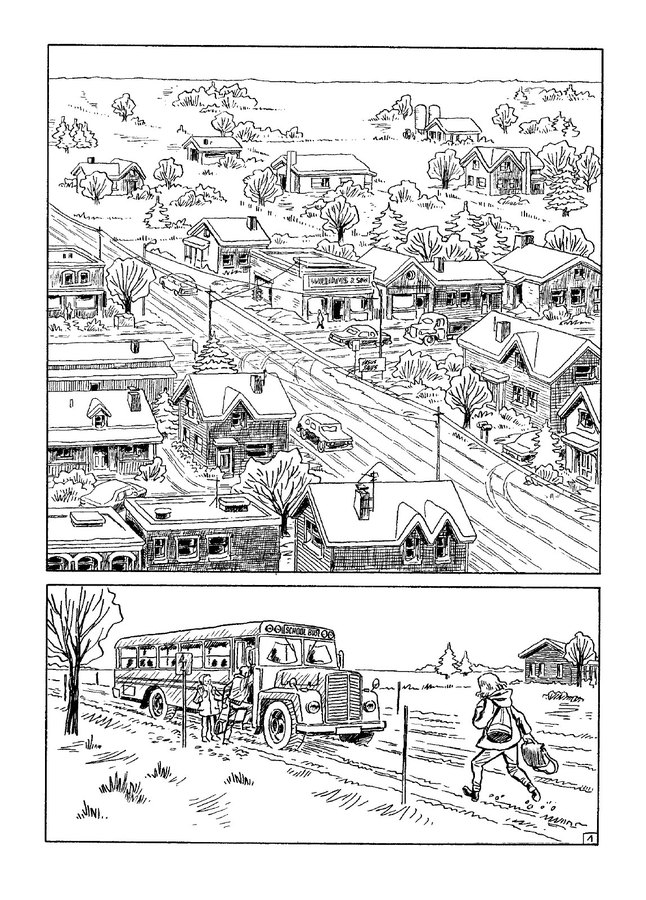 In the 1960s Spencer is the Sheriff of a small US town, and this graphic novel follows him for a single day during which we learn Spencer’s post is not the position of authority that might be assumed. The real power rests with the town’s major employer, who has the Mayor under his thumb, and considers the law of the land doesn’t apply when it circumvents his requirements. As is the case with many such company towns, the outsiders employed at the factory sometimes cause trouble, yet the considerations of the locals are of no concern to the vested interests. After a humiliating intervention, the Mayor clarifies he considers Spencer’s primary duty is to operate the snow plow.

Pierre Wazem began illustrating his own stories, but in recent years has provided scripts for others. In this case Antoine Aubin’s art is so attuned to the nuances of the plot it comes across as the work of a single man, helped by Wazem’s script being sparse with many prolonged wordless sequences. Most of Snow Day is beautifully illustrated in a sketchy black and white style, miles removed from the cartoon approach Aubin applied to Blake and Mortimer. He’s even more adaptable, equally good at evoking an earlier bygone era by laying on the ink a little thicker to indicate black and white photographs. When the drunken events of the night before are aired, Aubin’s line becomes sketchier, and the backgrounds less detailed before disappearing altogether at the moments of greatest intensity. Whether depicting the beauty of snow in even the most ragged locations, or the complexity of industrial machinery there’s a joy to be had studying Aubin’s panels. They appear so simple, yet are anything but.

Of course, without Wazem’s plot there would be no joy. As he goes about his business it’s clear that most locals like Spencer, but that they also consider him out of place, not only in his job, but in the town. He spends the day contemplating his position, and the key line is “You never know when it’s enough. You only know when it’s more than enough”.

The peaceful man who’s been pushed too far is a cinematic standby, and well developed in Snow Day. What begins as a contemplative study of a man no longer at peace with himself takes the road to High Noon. This evolves organically, and thanks to Wazem’s planning and Aubin’s artistic dexterity we’re pulled along on a heartwarming sentimental journey.