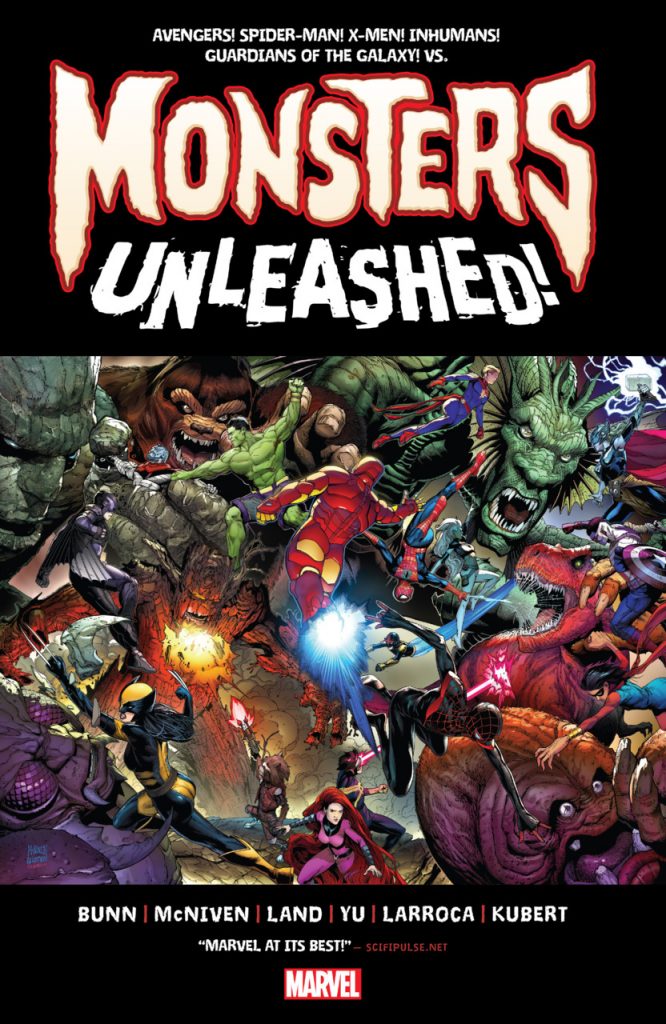 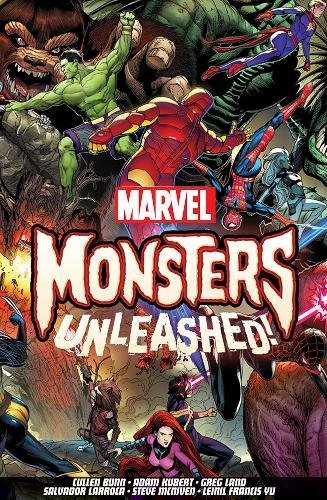 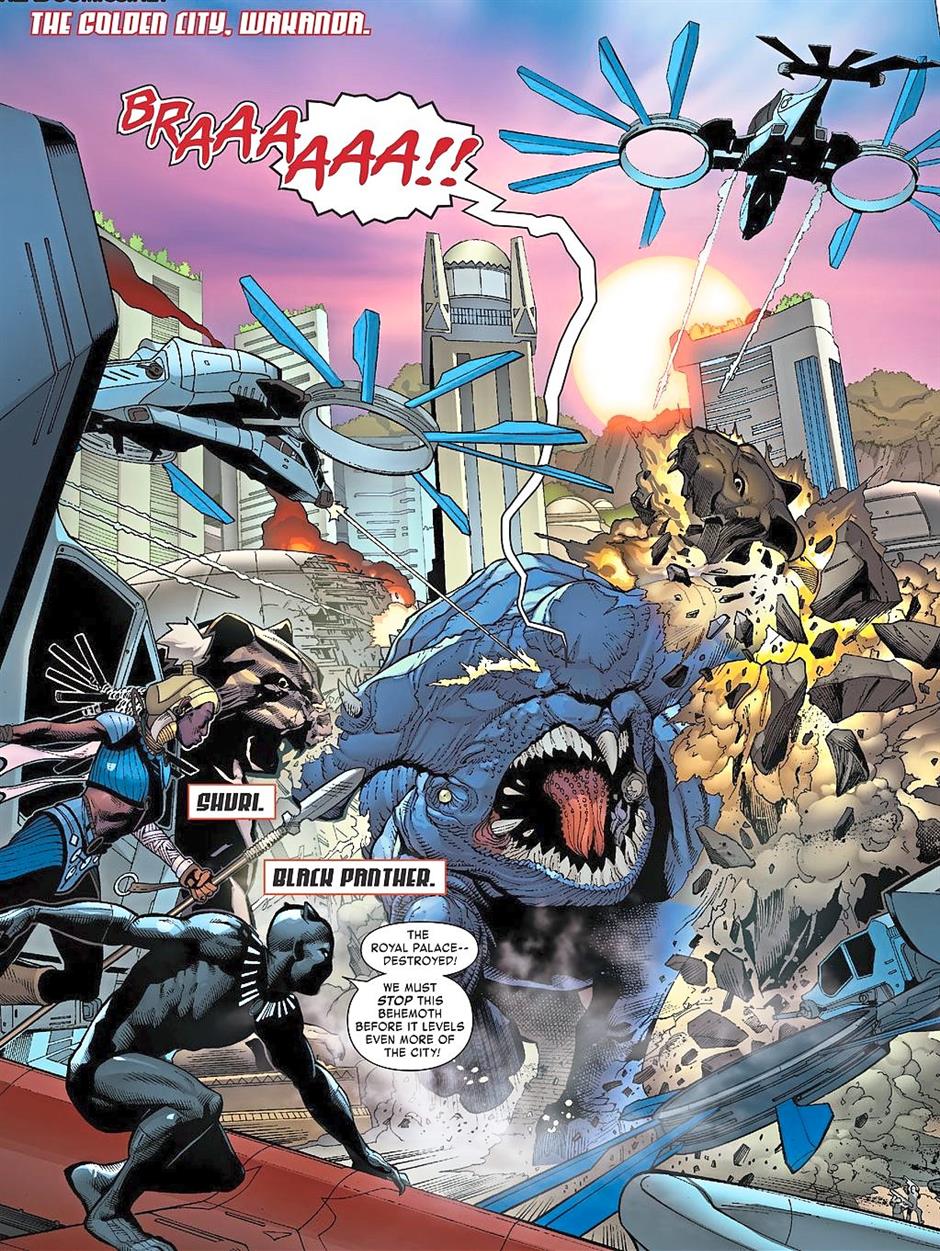 One day giant monsters start landing on Earth and rampaging through civilisation. What good are super powers when the beast you’re fighting is the size of a tenement block and with absolutely no restraints? That’s the question at the heart of Monsters Unleashed, as Cullen Bunn throws all of Marvel’s super teams, at least as they were in 2017, against some unimaginable beasts. Bunn has two main inspirations, the Japanese Kaiju genre of films where the likes of Godzilla trash cities, and the pre-Marvel era monster comics of the 1950s from which most of the monsters are drawn. It’s a trainspotter’s delight for anyone who knows their Atlas monster stories.

The purpose of course, is to allow some of Marvel’s finest artists to deliver page after page of monsters laying waste to cities while the superheroes bash the bejaysus out of them. Who wouldn’t want to draw that? Over five chapters, in order, we have Steve McNiven (sample art), Greg Land, Leinil Francis Yu, Salvador Larroca and Adam Kubert. Do they enjoy themselves? Oh yes.

Despite all the big guns on show, the story revolves around two more obscure characters, monster hunter Eliza Bloodstone, most prominent in Nextwave, and a new character, Kid Kaiju, or Kei Kawade as the eleven year old is to his parents. He loves drawing monsters, and if he completes his drawing, that monster manifests. Yes, it’s another of the all-purpose abilities conferred by the Inhumans’ Terrigen Mists. Since being unleashed they’ve been something of the lazy writer’s easy option when it comes to creating new superheroes, removing the need to bother with backstory or logic, just making that instant transformation, but in context this works well. This is an energy rush of a story, and because we just want to see giant monsters in action who cares how Kei’s powers came about?

This is fun. Fun, fun, and more fun, even after your daddy takes your t-bird away. It’s no surprise that more Monsters Unleashed followed with Monster Mash.