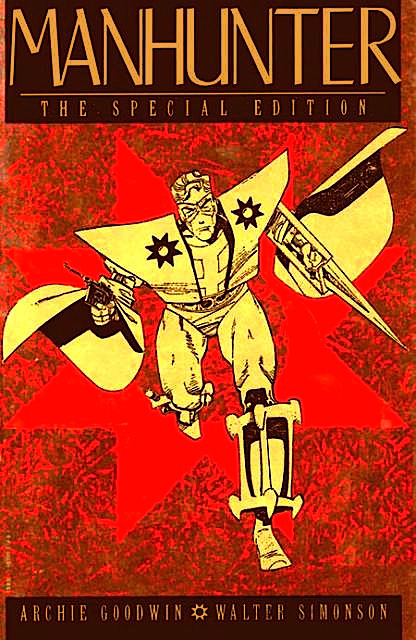 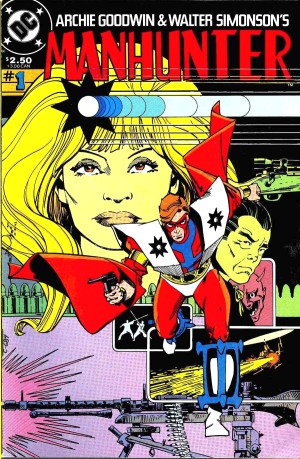 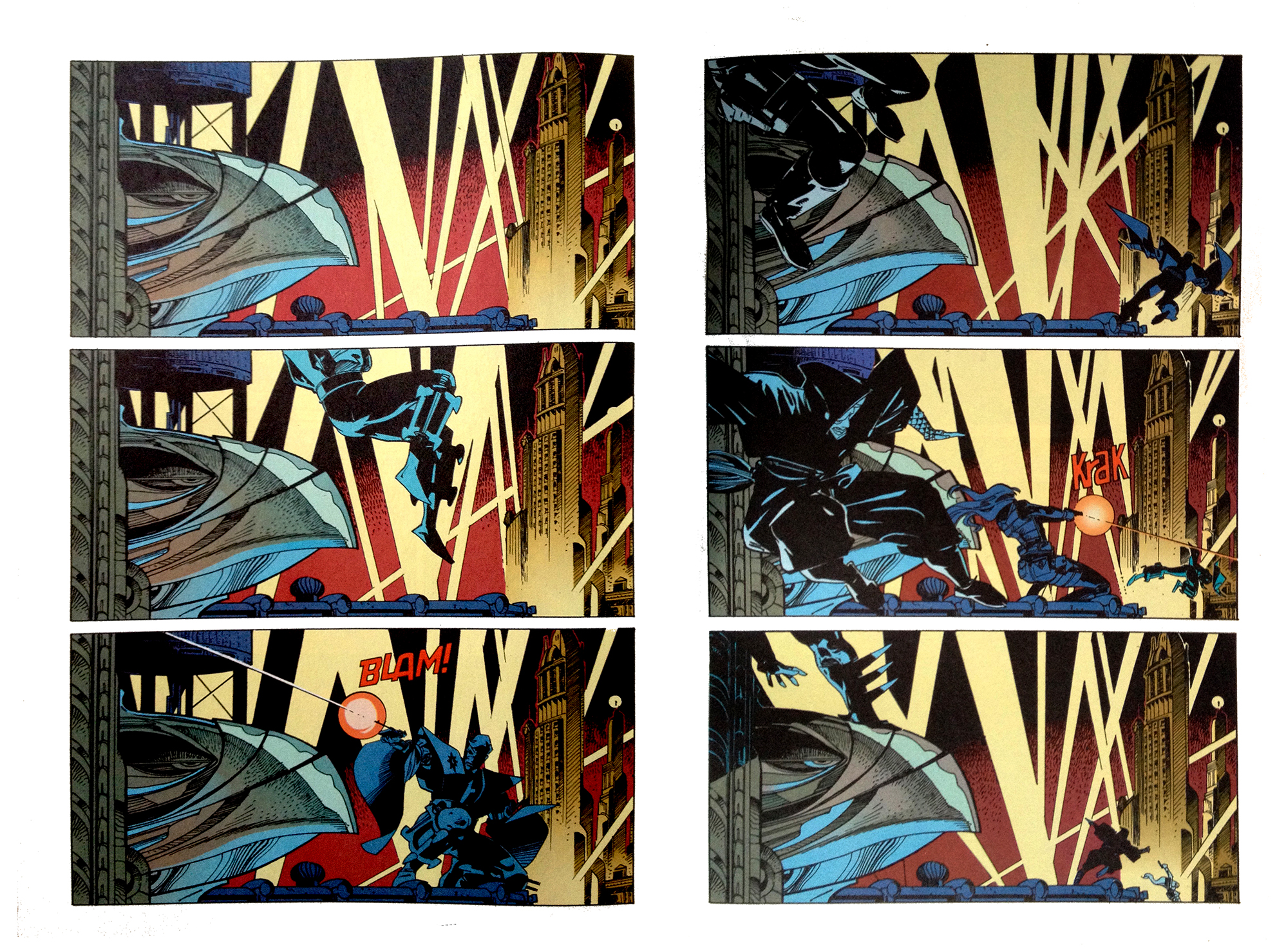 Archie Goodwin and Walt Simonson’s seven-part adventure series is a solid gold, five-star classic, featuring Manhunter, a big game hunter called Paul Kirk, who becomes a costumed adventurer during World War II to hunt more dangerous game: Nazis, spies and saboteurs. After the war he returns wearily to Africa to die, but a shadowy cabal of scientists and politicians have other plans for him.

Manhunter: The Special Edition collects the seven stories that originally appeared in Detective Comics during 1973-1974, and an eighth episode created for this edition. There’s also a later pin-up, a foreword by Goodwin written for 1979’s black and white reprint Manhunter: The Complete Saga!, and an afterword by Simonson.

In 1973 Archie Goodwin was the editor of Detective Comics. He wanted to create a back-up feature that would suit the main Batman stories, and contrast them. The strip he devised with artist Walt Simonson combined science-fiction, pulp high adventure, martial arts and a touch of superhero action in an international spy saga that used the freedom of a secondary feature to experiment with every aspect of comics storytelling. In six instalments that were very densely plotted with an average of twelve panels a page, Manhunter was the story of a man who was brought back from death by The Council, a shadowy organisation intent on controlling the world. He had been operated on while cryogenically frozen, and thirty years later awakened with a body that now possessed a ‘healing factor’ capable of regenerating itself from almost any injury (years before Wolverine). He also found he was the head of an army of cloned versions of himself that he was supposed to lead to world domination. Rejecting the role laid out for him, Manhunter was joined by a female Interpol agent as he took on The Council, his clones and their network of spies. The seventh episode was a full-length story guest-starring Batman with an international team of fighters who helped Manhunter destroy the Council and their agents.

Walt Simonson’s design sense and ingenious page layouts packed a huge amount of activity into a very small space while being visually striking. The continued story was also a rarity for the time, building to a very definite end. Manhunter was a critical as well as artistic success, earning Goodwin Alley awards from the Academy of Comic Book Art for best comic book writer in 1973 and 1974. Individual episodes also won awards for best short story in 1973 and 1974, and best feature-length story in 1974.

The way Manhunter ended was very final, and the creators were satisfied to leave it that way until years later Archie Goodwin had an idea for one last story. He and Simonson plotted it together, but it didn’t go any further. After Goodwin’s early death, Simonson completed the story and left it silent in lieu of the dialogue that Goodwin would have contributed. ‘Manhunter: The Final Chapter’ is the special coda to a unique series.

Manhunter: The Special Edition is a pretty amazing demonstration of what can be achieved with very limited means when two creators are as skilled at their craft as Simonson and Goodwin. It’s a classic gem that still dazzles today. This volume is out of print, but it’s not too expensive to find secondhand. It is also available in the giant-sized Walter Simonson’s Manhunter & Other Stories Artist’s Edition.