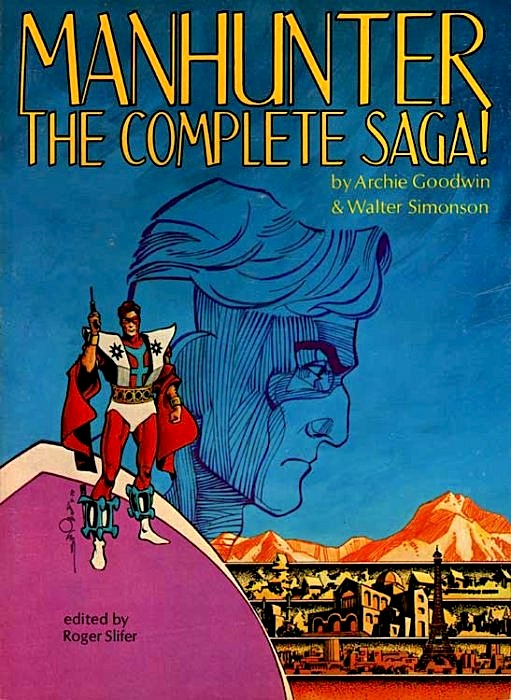 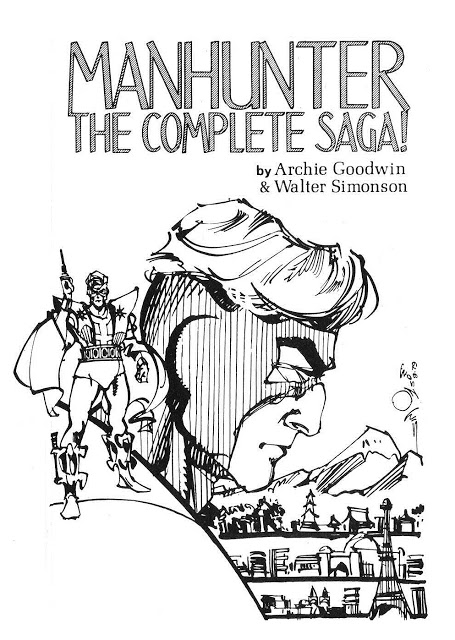 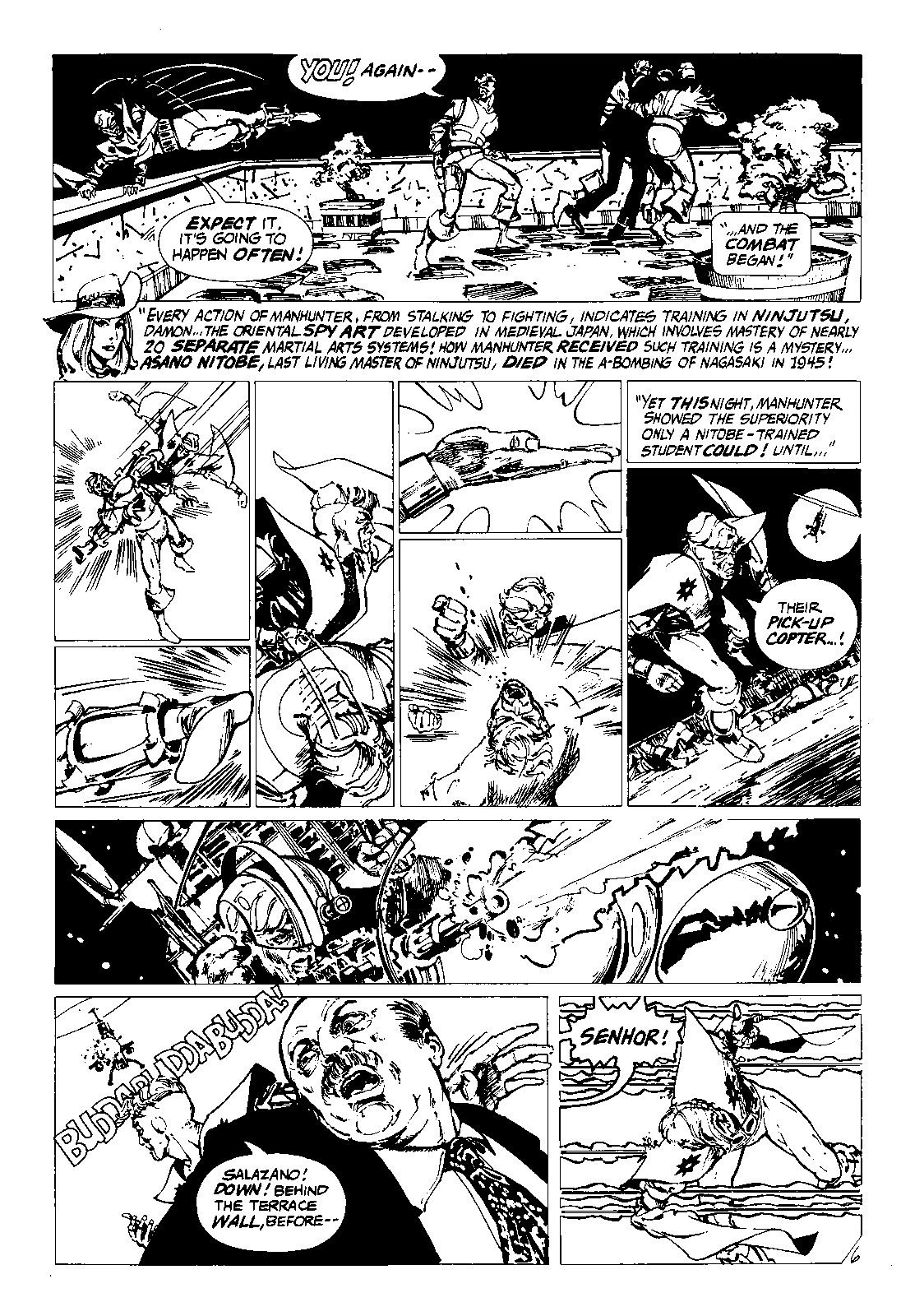 The Manhunter saga, written by Archie Goodwin and drawn by Walt Simonson, originally appeared in Detective Comics, in 1974. At the time, Detective Comics was a 100-page anthology title that featured a new 20-page Batman story every issue, with numerous shorter back-up strips and reprints from earlier issues of Detective all the way back to the 1940s. Archie Goodwin edited the title and had an idea for a new back-up strip that would revive an old character called ‘Manhunter’ – the alias of Paul Kirk, a big-game hunter who switched from hunting animals to fighting Nazis during World War II.

Goodwin used the freedom of a back-up strip to experiment with every aspect of this revival. In six densely plotted instalments averaging twelve panels a page, Simonson drew the story of a man brought back from death by a shadowy organisation intent on controlling the world. He had been ‘upgraded’ while cryogenically frozen, with a body that now possessed a ‘healing factor’ capable of regenerating itself from almost any injury (years before Wolverine), and an army of cloned versions of himself that he was supposed to lead to world domination. The combination of science-fiction, spy story and superhero elements were intelligently handled and Simonson’s design sense and ingenious page layouts packed a huge amount of activity into a very small space while also being very visually appealing. The continued story was also a rarity for the time, building to a very definite end. The concluding seventh chapter was a full-length Batman story.

Manhunter was a critical as well as artistic success. Goodwin won Alley awards from the Academy of Comic Book Art as best comic book writer in 1973 and 1974 for this series. Individual episodes also won awards for best short story in 1973 and 1974 and best feature-length story in 1974. The wave of acclaim led to the reprinting of the seven-episode series in this volume from a small publisher in 1979.

Manhunter: The Complete Saga! features an introduction from Goodwin that describes the process behind its creation. It was printed in black and white, but Simonson’s dynamic drawing and graphic layouts are so well constucted it looks great that way. There are a couple of sequences where Manhunter is battling his clones and the only difference between them is that his costume has red accents and theirs are blue, so figuring out who’s who requires you pay attention.

This large softcover book is now out of print, but DC eventually reprinted the collected Manhunter stories twice, once in 1984 as Archie Goodwin & Walter Simonson’s Manhunter, a standard comic, and then in 1999 as Manhunter: The Special Edition which included a new chapter by Simonson and Goodwin. As of 2021 the format of choice is The Deluxe Edition. This tightly-written and drawn series is a classic which looks and reads as well today as when first published. It is also available in the giant-sized Walter Simonson’s Manhunter & Other Stories Artist’s Edition.