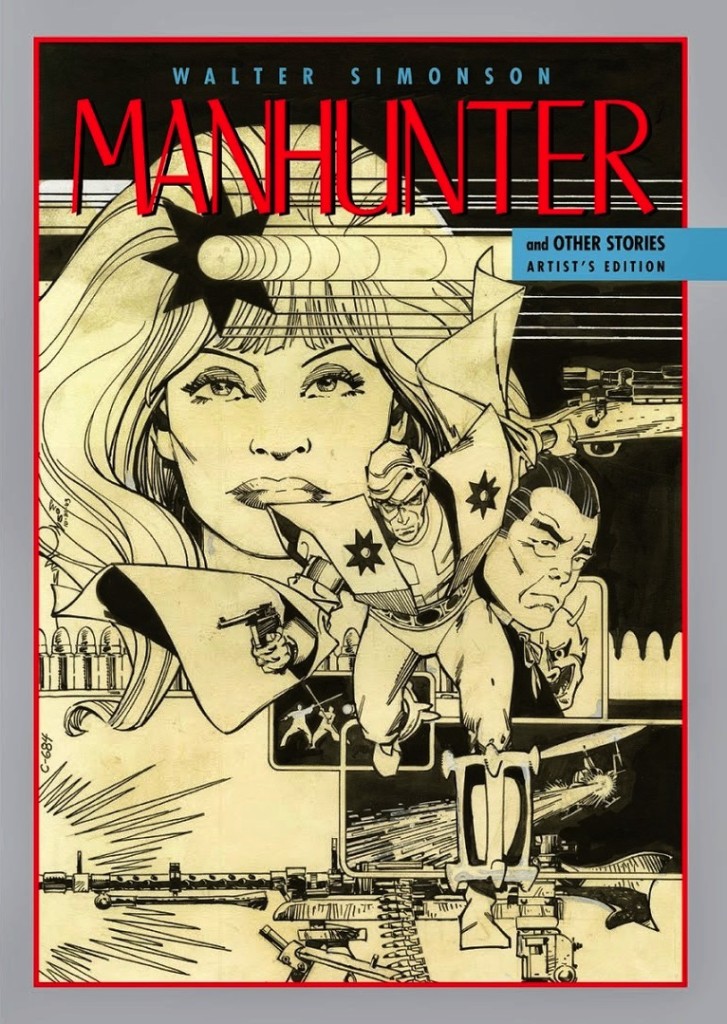 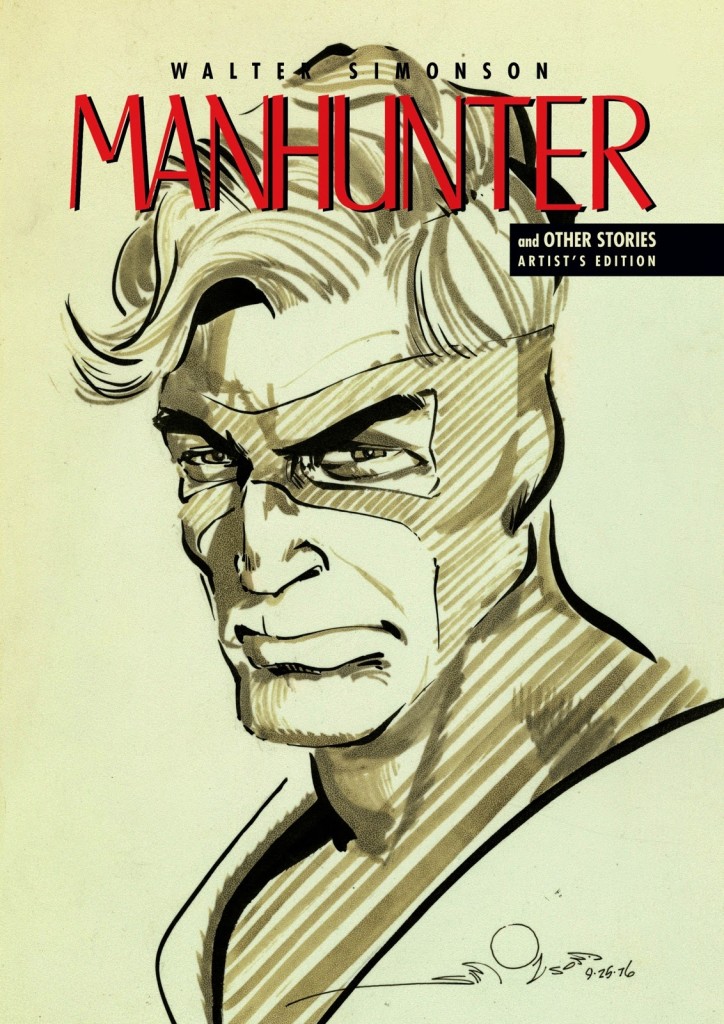 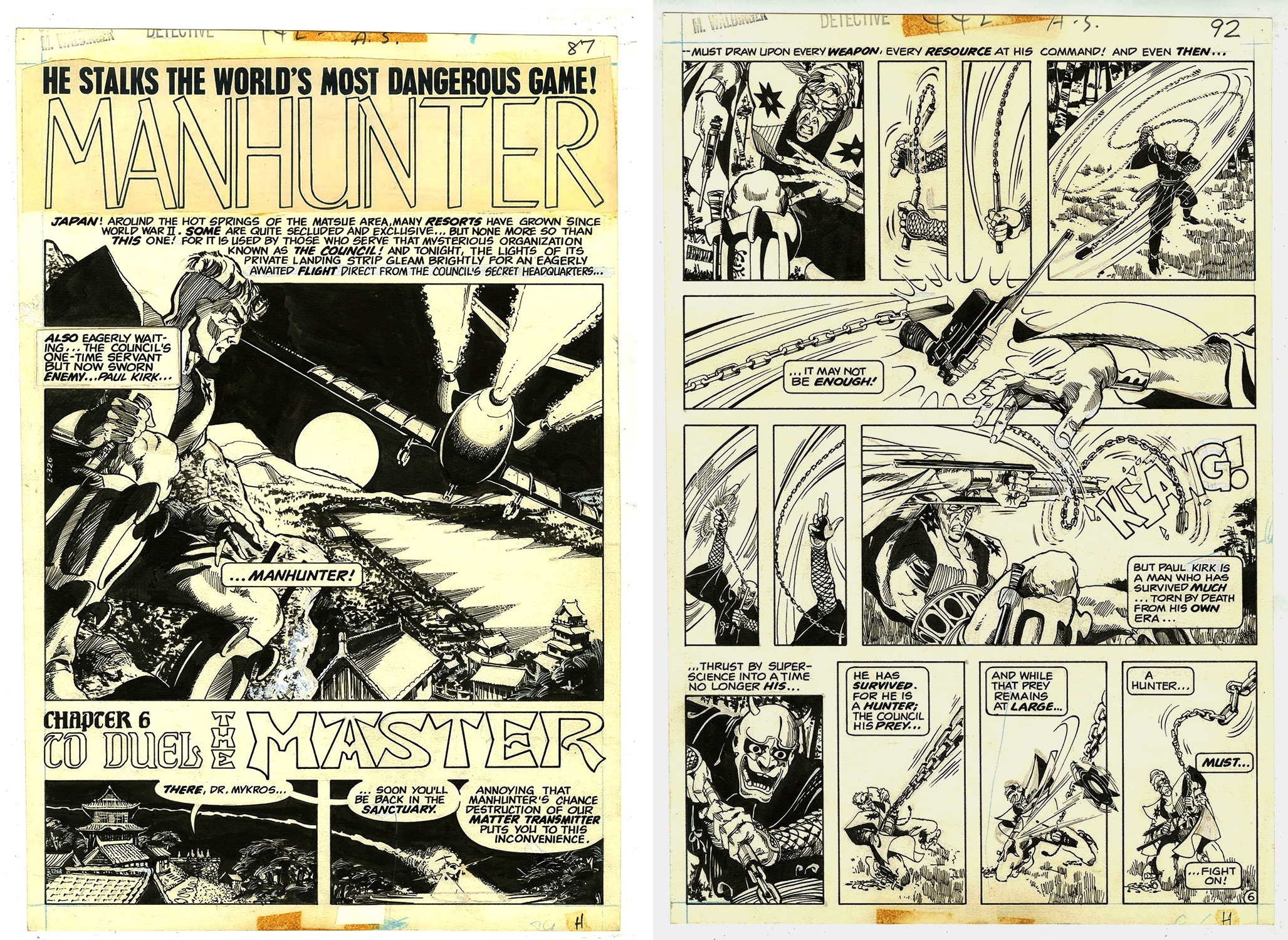 Manhunter by Archie Goodwin and Walter Simonson was a backup feature in Detective Comics that only lasted seven episodes but became one of the most acclaimed series of the 1970s, winning numerous awards. An eighth episode revisited the characters and wrapped up the series twenty years later when it was reprinted as Manhunter: The Special Edition in 1999, and again as The Deluxe Edition in 2020.

The Artist’s Editions series from IDW present exact reproductions of original comics art pages. Each sheet of bristol board, watercolour paper or other large page of pencilled and inked drawings is photographically scanned in colour at very high resolution and reproduced actual size, on heavyweight paper. This produces the sensation of looking at original drawings exactly as created by the artist with all the pencil marks, corrections and other artefacts visible. These handmade traces are usually hidden when printed at reduced size, so it’s a very different experience to look at comics art in its raw state.

This Artist’s Edition of Walter Simonson’s Manhunter & Other Stories presents the entire sequence of Manhunter, most shot from the original art. The second episode ‘The Manhunter File’, from Detective Comics 438, is reproduced from stats of the art pages. In order to achieve the density of story and action that Goodwin wanted for this feature, Simonson had to draw very tight pages with an average of twelve panels per page, sometimes more. Amazingly he did this and rendered dynamic, attractive and appealing work at the same time. Looking at the big pages he produced gives some insight into how he was able to achieve this, and the detail is remarkable. There are also pin-ups, covers, early design sketches in colour and Archie Goodwin’s complete typed script for the first episode of Manhunter, ‘The Himalayan Incident’.

The ‘Other Stories’ selected for this display of original art showcase a variety of strips drawn by Walt Simonson from his early years at DC. A classic Batman story, ‘The Cape and Cowl Deathtrap’ written by Elliot S! Maggin, a Dr. Fate story by Martin Pasko, three Captain Fear tales written by David Michelinie, and two Metal Men stories ‘Evil is in the eye of the Beholder’ written by Steve Gerber and The Chemo Conspiracy’ by Gerry Conway. Two covers for Metal Men complete the selection.

If you’re a Simonson fan, you’ll want this collection of artwork. Manhunter looks great at this size and the rest is a bonus.