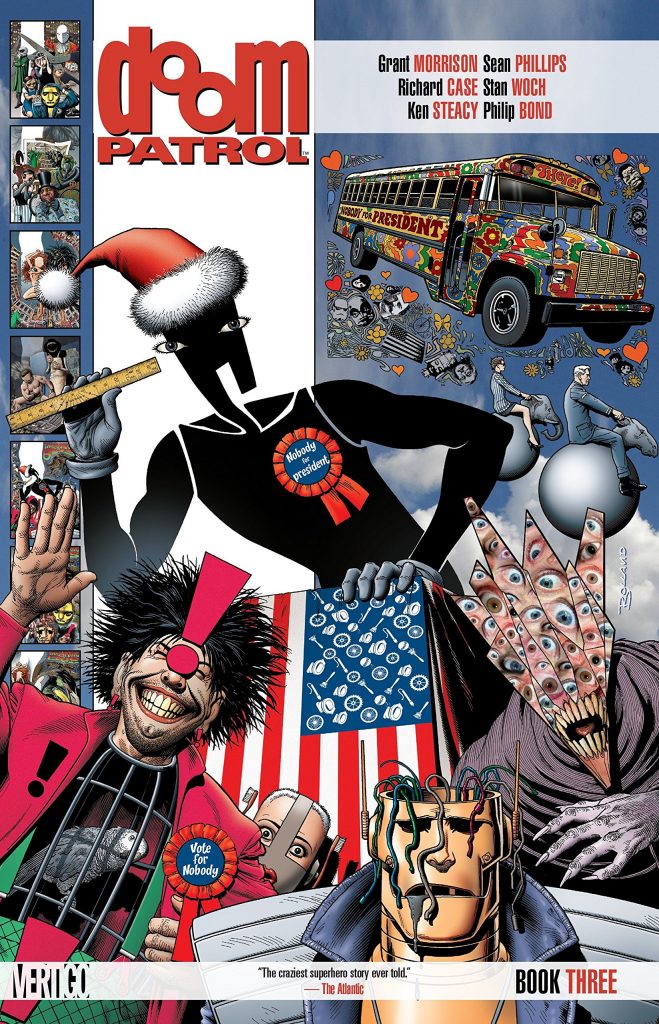 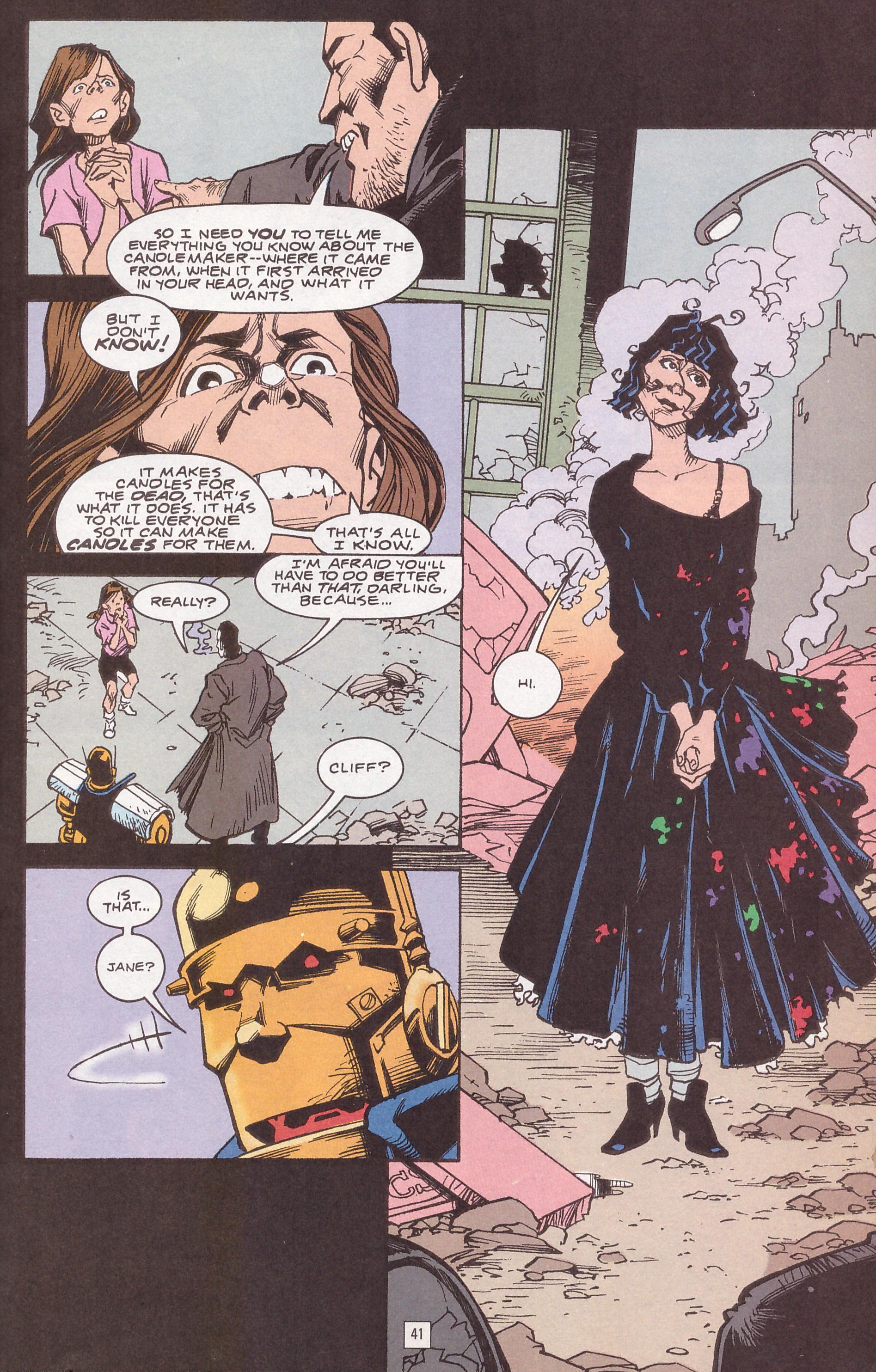 The final third of Grant Morrison’s run on Doom Patrol provides an almost wilfully schizoid collection. The first half is dazzling, as good as Book One, while the second is largely bereft of imagination, and the content to which some imagination has been supplied hasn’t dated well.

Over the first half, originally released in paperback as Magic Bus, Morrison is a virtuoso, skimming across styles from absurd political pastiche to self-indulgent, cerebral science-fiction concerning itself with rebirth, via a celebration of Jack Kirby. He culminates by recontextualising how the individual members of the Doom Patrol ended up as part of the team. Were they the subjects of random tragic accidents, or was there more sinister intent at work? It’s a shocker. In some ways very traditional superhero material, but the twisted imagination at play disguises this. The Kirby pastiche is also memorable. It may at first seem the chasm between Kirby and Morrison is vast, but what connects them intimately is their prioritising ideas and moving on to the next concept, an option unavailable to less fertile creators.

Regular artist Richard Case copes well with the new revelations of the Doom Patrol’s origins. He’s been producing standard superhero art throughout, and this is a story it fits. Philip Bond’s looser cartooning is also right for the nutty idea of Mr Nobody running for US President, and for the Kirby homage Ken Steacey mimics Kirby’s style exquisitely.

Beyond that, the wheels come off in spectacular fashion. The most imaginative content of what was previously released as Planet Love is a savage mauling of Rob Liefeld’s form of comics in ‘Doom Force’, individual chapters deliberately drawn badly by a succession of artists. With Liefeld and his 1990s influence long forgotten the joke wears rapidly threadbare, but is extended to fifty pages. It’s also rather hypocritical following the poorest material Morrison turned out on Doom Patrol, a barely readable self-parody combined with a poorly conceived and very obvious superhero story. It’s as if he took the criticism of his approach to heart and gave those critics a soulless page filler, going out with a two-fingered whimper. Stan Woch drawing the pages from Case’s layouts seals a depressing experience.

Morrison’s swansong is Crazy Jane’s therapy in an asylum. It’s a fairy tale combined with his psychoanalytical comments about his previous work and a sentimental ending. While far from the best of Doom Patrol, it’s at least somewhere near the spirit of what Morrison had been doing, humane and thoughtful with a few jokes along the way.

So there we have it, the entire run of one of the most innovative superhero comics ever over three bulky paperback volumes. This disappointing ending notwithstanding, the balance is far more weighed to quality and innovation overall, and you could consider buying the entire series as the hardcover Omnibus if you have the budget for it.