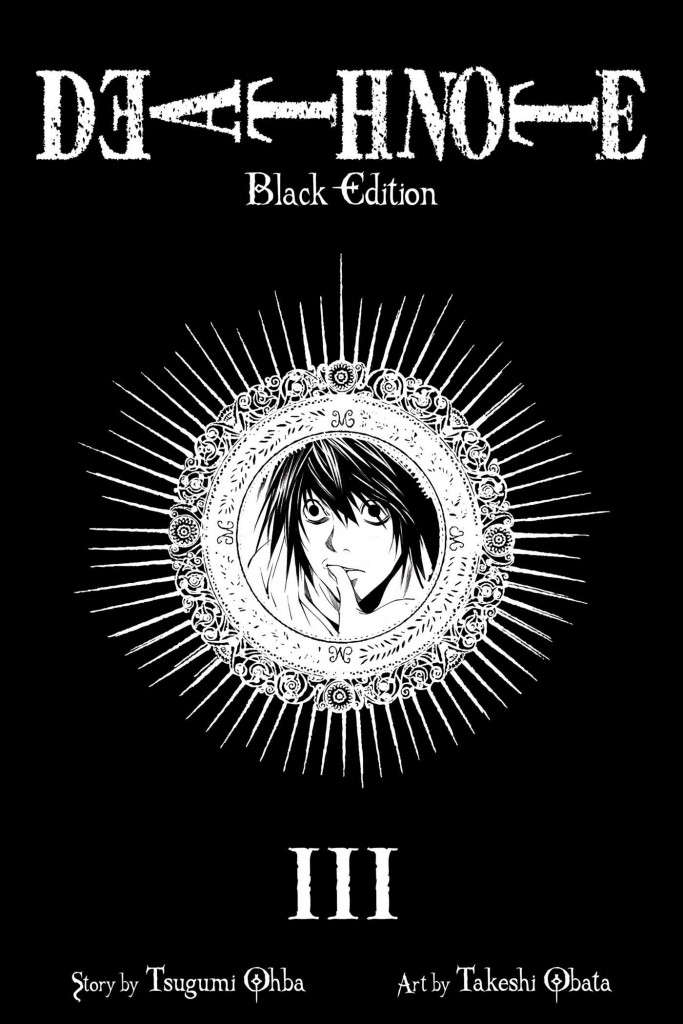 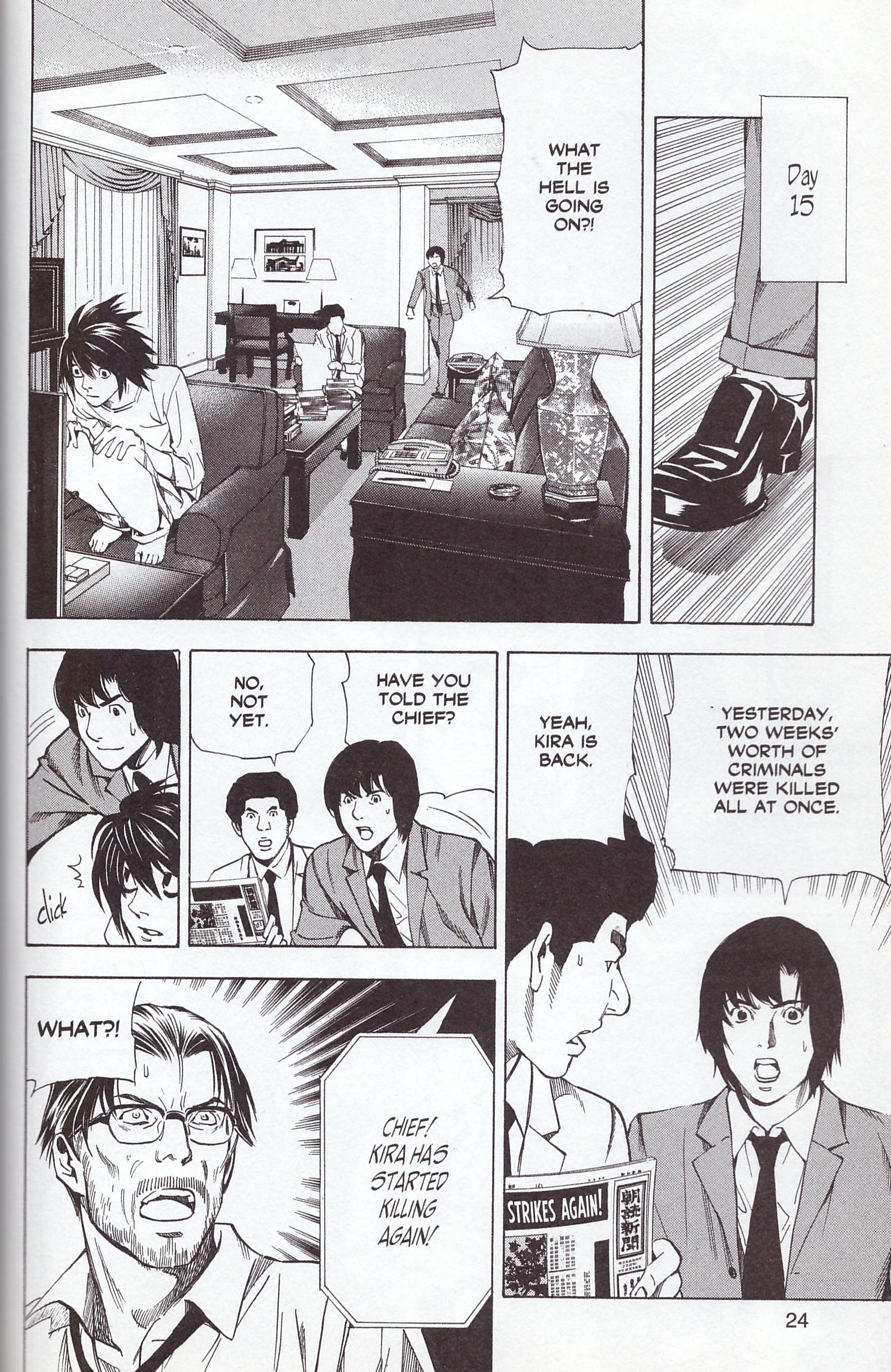 As good as Death Note has been, this combination of books 5 and 6 raises the bar higher. Tsugami Ohba has been building his story by adding conditions to the original premise of a notebook that will result in the death of anyone whose name is written into it. That codification now has a direct effect, and it completely transforms the series in a moment of narrative brilliance.

Deductive genius L has been tracking down the person he only knows as Kira, the anonymous person who’s been killing from distance no matter the precautions taken to protect possible victims. L doesn’t know how this is happening, but has become increasingly confident that Light Yagami, Japanese high school student and son of the police chief, is responsible. Black Edition II closed with Yagumi volunteering to be imprisoned in order to persuade L that he’s not Kira. We, of course, know that he is, the previous two volumes having detailed his activities in great detail. Yet by the book’s end he’s not Kira, and this is carried out in a manner consistent with information provided to date. It’s a narrative masterstroke, not least because it completely frustrates L, as a new and inconsistent pattern of killings occurs.

A problem in the previous books has been Death Note being an almost exclusively male world. A viable female character was discarded after two chapters, and while another is introduced here, their participation is minimal. This leaves flighty teenage model Misa as the female lead, with a passion for Yagami and a character so flimsy she’d blow away if someone whistled in her presence. That changes here, significantly for the better as Misa reveals hitherto unsuspected capability.

There’s also a greater part to play for one of the Death Gods, until now merely cackling or threatening presences reluctantly passing on information when requested. As much he can do so, Ohga humanises one of them to good effect, to the extend of their actually revealing themselves and helping out: “If the worse comes to the worst I will kill him, but that will cause me to die too. I’d rather not die for this scumbag”.

This book showcases an incredible discipline on the part of artist Takeshi Obata. The needs of the story require that until the final chapters it’s restricted to a minimal amount of locations, almost all of them internal office scenes. It’s only on considering this that Obata’s mastery is revealed. There’s not a dull moment despite this lack of variation, and he’s equally good at visual characterisation. In the final chapters the action finally moves outside, and Obata’s release is some glorious illustrations of a helicopter flying over Tokyo and a great car chase scene.

Narrative highlights are many. There are several great plot bombs, the ethical testing of what L might consider to be acceptable casualties in ensuring the greater good, and the consistently clever way that Ohba sets up apparently impossible dilemmas and then wiggles the plot free of them. The previous two books were great, and this is even better overall. Bring on Black Edition IV. Alternatively the entire story can be bought as the Death Note All In One Edition.