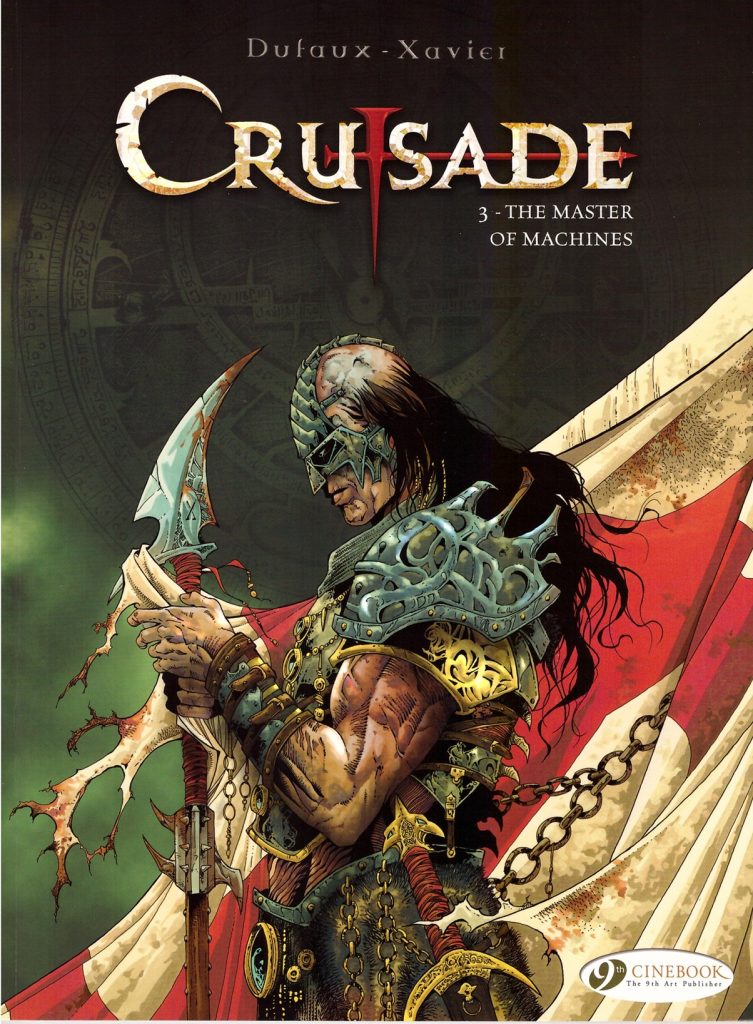 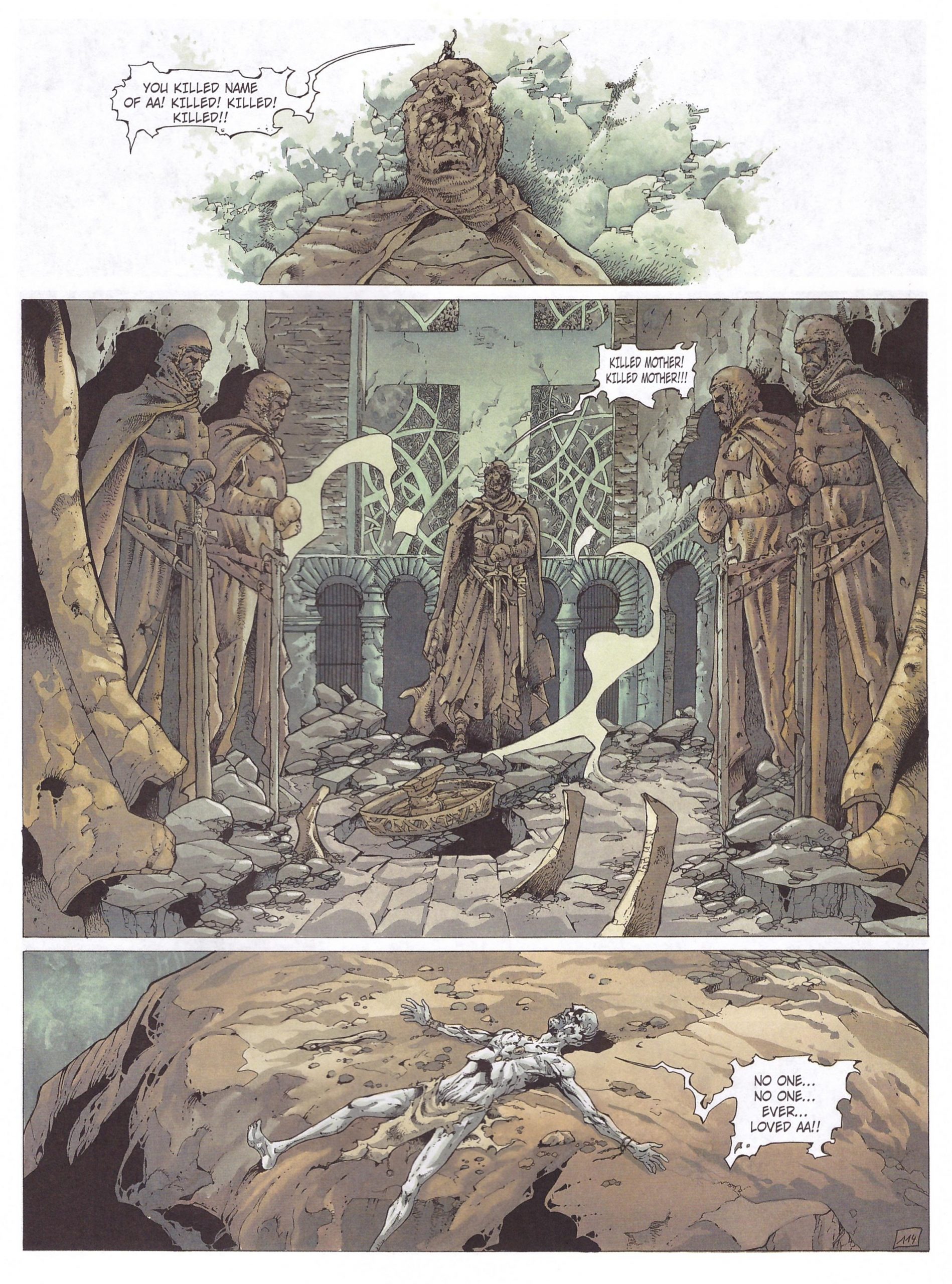 When we left Gauthier he’d been distracted from his primary mission to raise an army from a discredited Jewish community, instead finding himself facing the menace of the Aa. It’s with him that The Master of Machines opens, Gauthier discovering that the Aa can reanimate the corpses of all those who’ve failed to kill him. Our other lead players face equal challenges. The corrupted Duke of Taranto feels he ought to lead the Christian forces, but his claim is challenged, and Syria of Arcos has technically been captured by Abdul Razim, but theirs becomes a strange entanglement. All appear to a greater or lesser extent to be manipulated by powerful and opposing forces whose concerns are not the theological differences between Christian and Muslim.

Considering the volume is titled after him and bears Philippe Xavier’s fine cover portrait, Jean Dufaux keeps the Master of Machines largely under wraps until the final pages, and even then there’s not a machine to be seen. He is, however, an awesome presence in the prime of life, as if Conan the Barbarian had been catapulted into the Crusades era, and far more interesting than Gaulthier, even with what’s revealed about him here. As for the self-serving Elenore, never has the phrase “a dog always lies at its master’s feet” been uttered with greater contempt.

Xavier is given a rich brew to illustrate as the story straddles the boundaries between the twelfth century and the supernatural, the allegories obvious, but never spelled out. His art has been superb from day one, and his cinematic layouts provide all the heroism, glamour and historical sweep Crusade needs. His joy in detail is immense, and he comes up with one great setting after another. You’ll want to take a holiday inside some of his panels.

There was a concern at the end of Qa’dj that Dufaux might have been spreading his story too thin, pulling it in too many different directions, but that’s definitively not the case. He very neatly connects what appeared to be a lot of different plot threads over several locations, linking each to one of the two main supernatural powers, has successfully fragmented what appeared to be his main cast as Crusade began, and will surely have most readers salivating for the conclusion in The Fire Beaks.