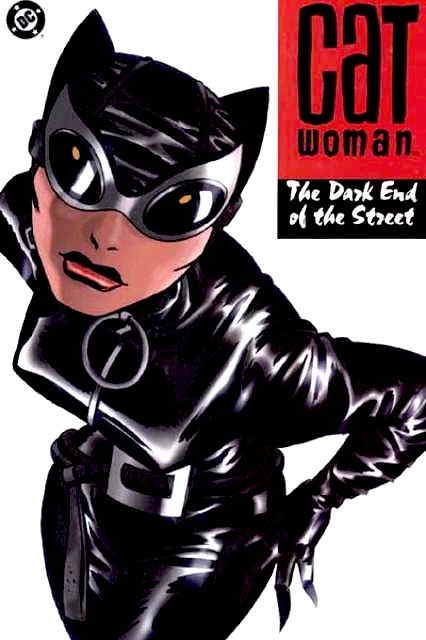 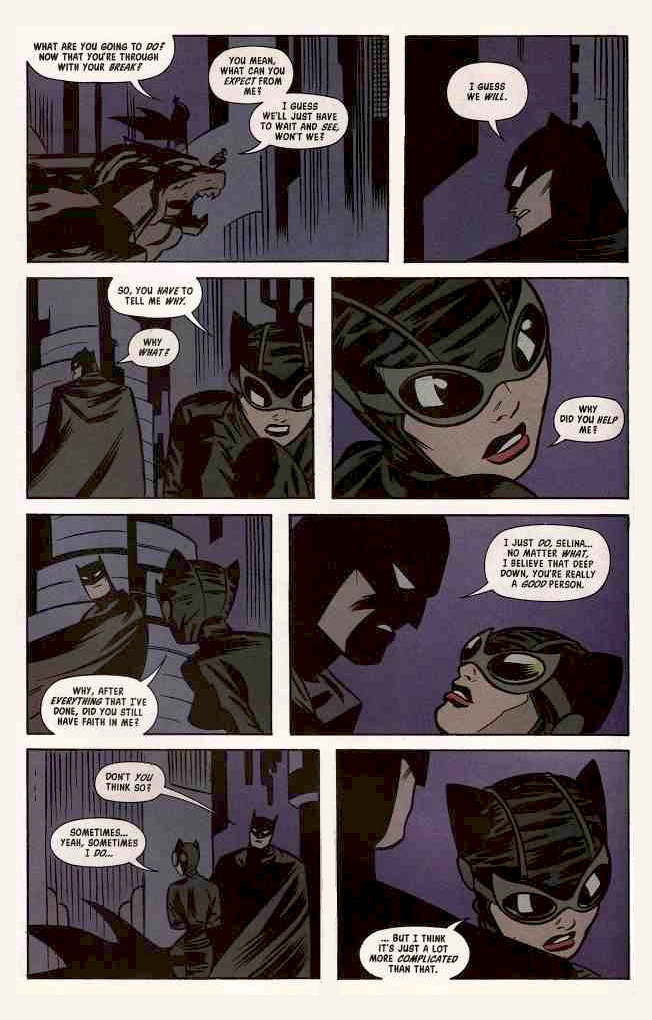 The Dark End of the Street introduces the new Catwoman designed by Darwyn Cooke and written by Ed Brubaker. This version tweaks the Batman Year One origin, starting by having Selina Kyle disappear from regular comics continuity for a while, apparently dead. ‘Trail of The Catwoman’ has the corrupt mayor of Gotham engaging a private eye to find out if she’s dead for real. And if not, where is she? Slam Bradley, a character who appeared in the earliest Detective Comics in the 1940s, starts chasing down leads and faces a variety of crooks, and even Batman, all wanting to know what he finds. Bradley develops such respect for the woman whose life he has combed through his decision becomes whether he’ll tell anyone what he’s discovered. Darwyn Cooke’s art is perfectly dark and gritty with great colouring from Matt Hollingsworth.

‘Anodyne’ follows the events of Selina’s Big Score. She returns to her old safe house in the East End of Gotham. A few days later, so does Holly Robinson, who shows up as a serial killer is targeting sex workers, and nobody cares. Selina remembers what that was like, and decides to do something about it. She pulls a new costume together from items in storage and heads across the rooftops once again, this time on behalf of someone other than herself. The reframing of this series into crime/noir genre action works really well and gives the book a distinctive look. There’s lots of great character interaction with Selina’s new supporting cast, which includes Doctor Leslie Tompkins of Crime Alley. Batman makes a guest appearance, but this strange situation is Catwoman’s mystery to solve alone, and she’s determined to do it.

This is a solid beginning for the series, giving Catwoman a new base of operations that fits her revised persona and also gives her a different purpose. Brubaker continues to write more of her adventures in the next collection, Crooked little Town. The stories in both books one and two are also available in the extra-large volume Trail of the Catwoman.