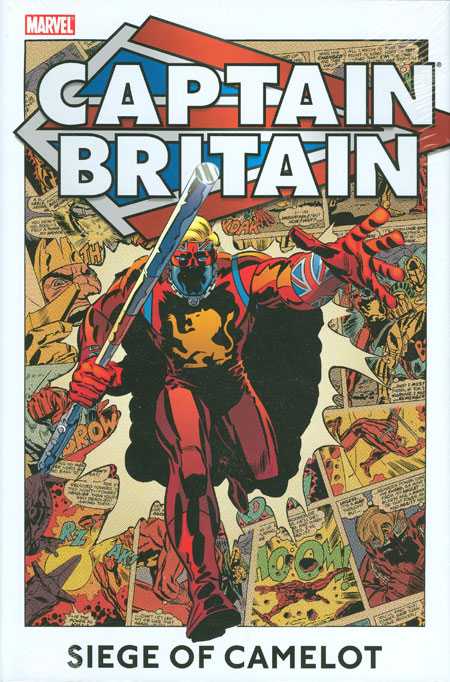 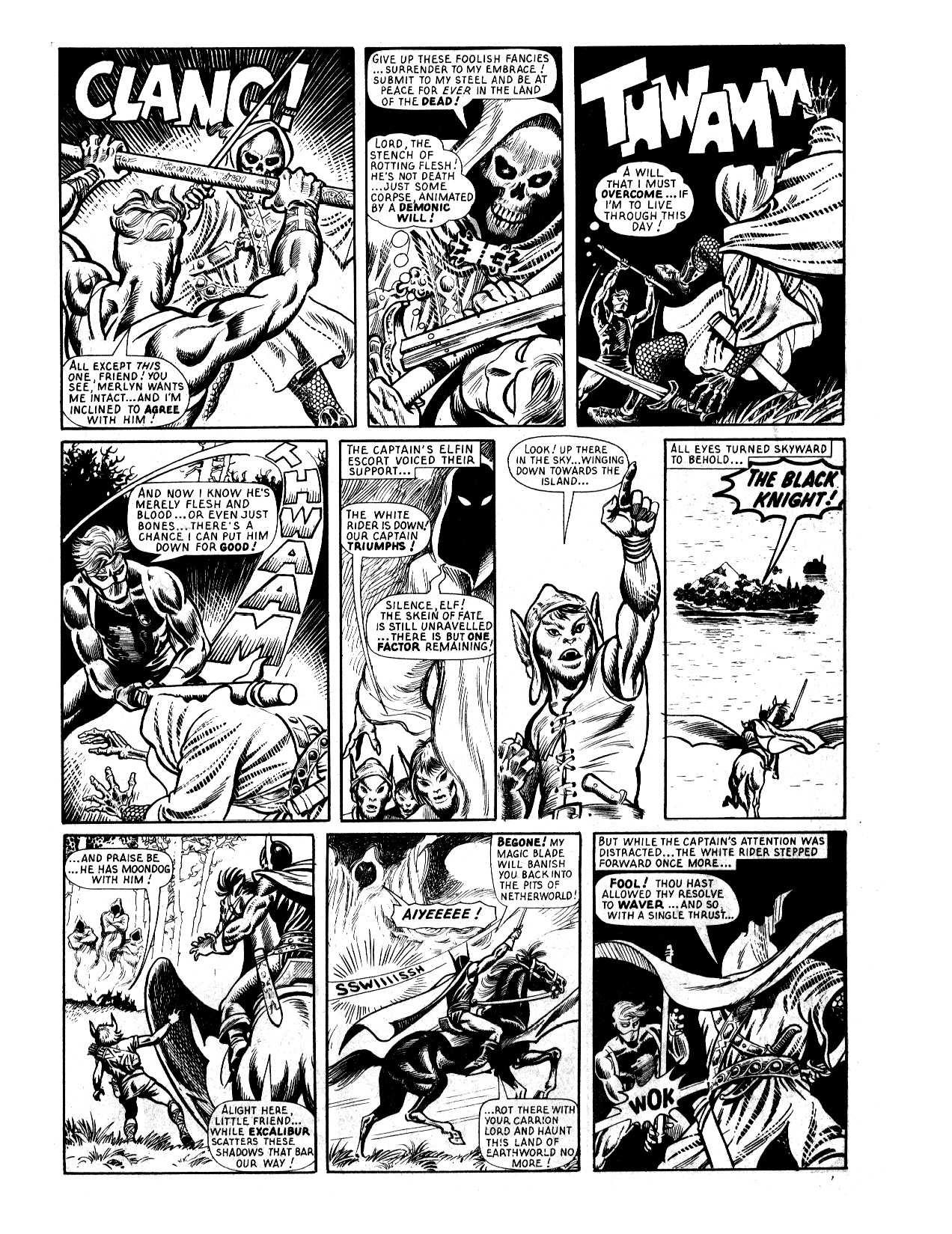 Marvel selling this book with Captain Britain so prominent is dicing with deceit considering his  minimal presence in the title story, the longest in the book by dozens of pages. It’s a sprawling fantasy to which he’s largely surplus to requirement.

Before that we have the final death throes of Captain Britain’s solo strip, taken to the grave by writers Larry Lieber and Jim Lawrence, and artists Ron Wilson and Pablo Marcos. When introduced, the idea of Captain Britain was that he was a British superhero, yet that distinguishing factor is almost entirely absent from these mediocre strips. Captain Britain first visits a remote island of giant insects, then plays cat and mouse with the perfect assassin Slaymaster in a story which is at least true to the superhero adventures first proposed. This is really poor work.

There was, however, a last hurrah as Chris Claremont reclaimed his creation, and almost made up for his own mediocre introductory run on Captain Britain as seen in Birth of a Legend. Captain Britain and Spider-Man face the machinations of Arcade in his preposterous Murderworld, a death-inducing amusement park. It’s drawn by John Byrne in his late 1970s pomp and is a lot of fun, although in keeping with the remainder of the material, the version here is the black and white pages prepared for reprinting in Marvel’s British comics. The colour version can be found in Spider-Man: Marvel Team-Up.

In several ways the story that eventually leads to the siege of Camelot as promised by the title is decent enough. There can certainly be no complaints about the quality of John Stokes’ art. He has an illustrative style that feeds well into the fantasy offered, and surely worked overtime to create the small panels required to provide the strip with some density when serialised in three page instalments. Despite featuring in a Captain Britain collection, it’s nominally a Black Knight strip, but neither superhero is of any interest to writer Steve Parkhouse. The Arthurian elements to their backgrounds lead us into the story, and thereafter they drift in and out of the strip, occasionally used when fight scenes predominate, but as characterised they really could have been replaced by any two people with muscles and brains.

Accept that, and emphasise what Parkhouse does well and we’re left with a viable fantasy story in quest mode that delves deep into British mythology. Both the story originally being serialised and the nature of a quest sometimes give the impression of diversions for the sake of themselves, but that could also be seen as the province of the storyteller. The title comes from the concluding chapters, and Parkhouse doesn’t let anyone down with his ending. By that time Captain Britain is long gone, to be revived by Dave Thorpe and Alan Davis.

Anyone who’d prefer their Captain Britain history as part of a designed series can find the same content spread across two Marvel UK paperbacks The Lion and the Spider, and, confusingly, The Siege of Camelot. The latter features introductory comments from Parkhouse.