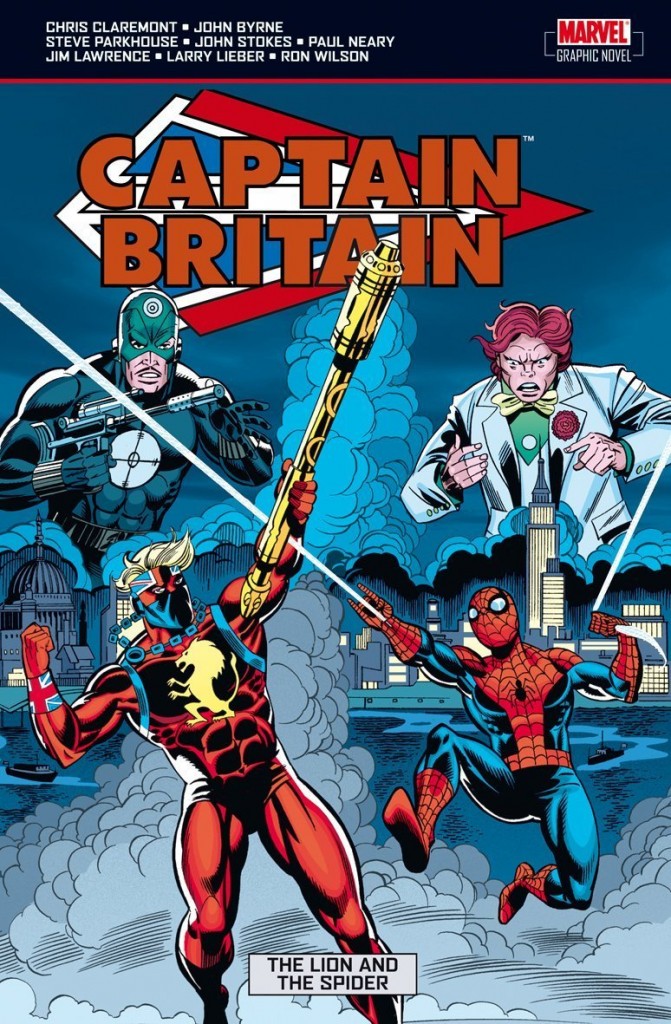 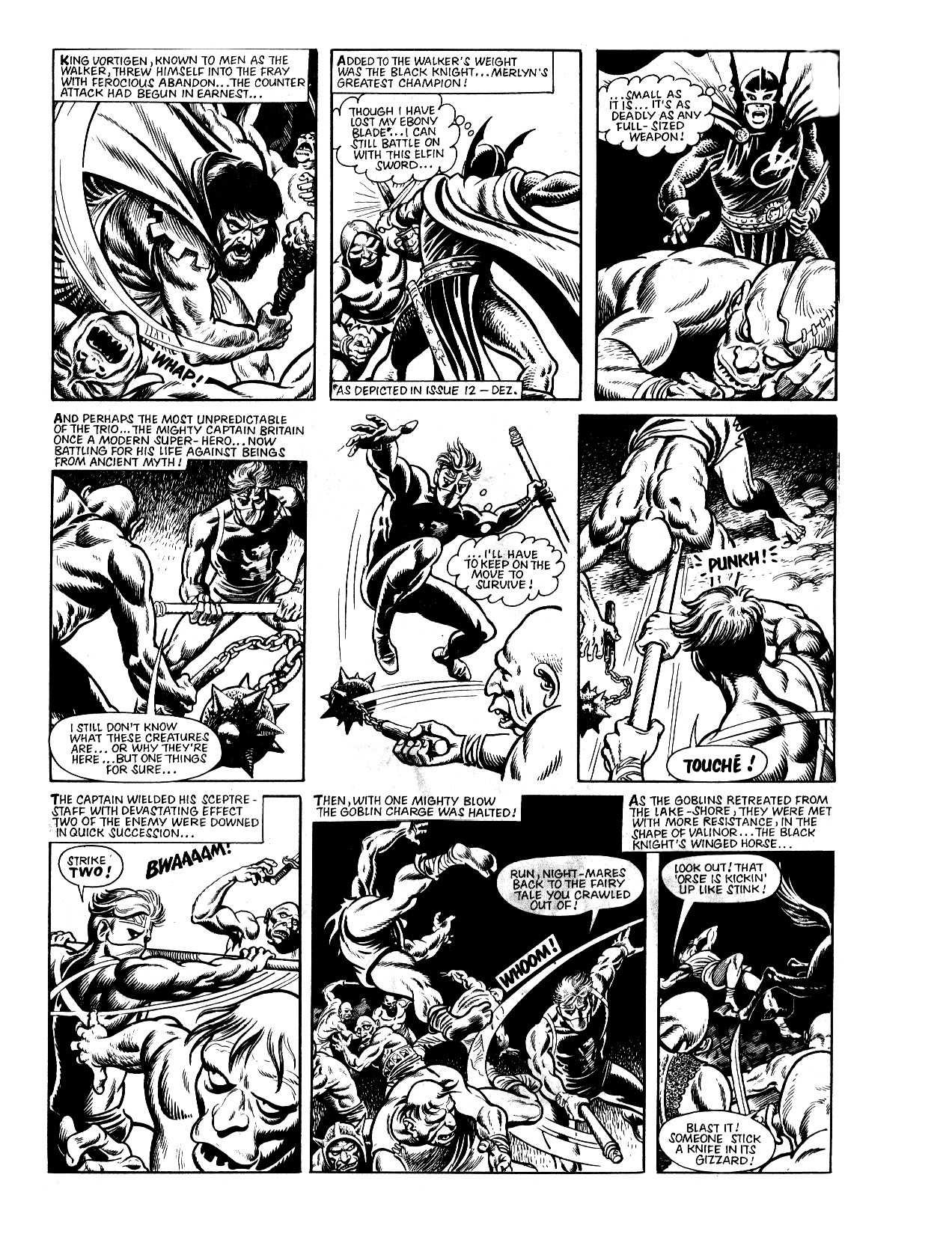 The Lion and the Spider is a schizoid collection featuring three very different takes on Captain Britain, opening with the continuing efforts of Larry Lieber and Jim Lawrence to kill off his strip via mediocrity (see A Hero Reborn). The final nail is delivered by Pablo Marcos joining Ron Wilson as artist with the second chapter. Wilson’s a limited artist who at least attempted to apply some dignity to the rubbish he was handed to draw, but some of the pages by Marcos look as if he’s knocked them out on a bus ride. The opening story, a sort of exaggerated I’m a Celebrity, Get Me Out of Here with giant insects, ends with the villain of the piece clawing his way out of what appears to be a volcano that’s all of fifteen metres high. Marginally better is the concluding tale of the Slaymaster, an inventive criminal who among other attempted heists wants a copy of the first Spider-Man comic. It finished Captain Britain as a solo strip for several years.

There was, however, a last hurrah as Chris Claremont reclaimed his creation, took him to New York, teamed him with Spider-Man and almost redeemed his earlier work on the character. He sets the heroes against Arcade in his preposterous Murderworld, a death-inducing amusement park. It’s drawn by John Byrne in his late 1970s pomp and is a lot of fun, although in keeping with the remainder of the material, the version here is the black and white pages prepared for reprinting in Marvel’s British comics. The colour version can be found in Spider-Man: Marvel Team-Up.

When Captain Britain was revived it was as a very different character, taking a supporting role in a Black Knight strip, again prepared for Marvel’s UK market, but this time by British creators, who understood British dialects. John Stokes draws the strip in a classic illustrative style, using small panels to pack the story into the brief page count allocated when originally presented. There are some beautiful individual panels, while Steve Parkhouse’s plot plays to Stokes’ strengths by concentrating on mystical elements and wild countryside. It’s a vast improvement on the earlier Captain Britain material, but the downside is that it’s a story that doesn’t really need the Black Knight or Captain Britain. Parkhouse is far more interested in exploring English myths and legends, but occasionally some muscle is required to see off some monsters. He also very much works in the tradition of serialised boys’ adventure comics where the quest is perpetual with multiple diversions and the end remains forever out of sight.

Frustratingly, instead of completing Parkhouse and Stokes’ fantasy epic in this volume, the concluding chapters are to be found in The Siege of Camelot, where they form an uneasy contrast to the remaining superheroic content. Alternatively an American hardcover edition, confusingly also titled The Siege of Camelot, reprints this entire content along with the concluding chapters by Parkhouse and Stokes.