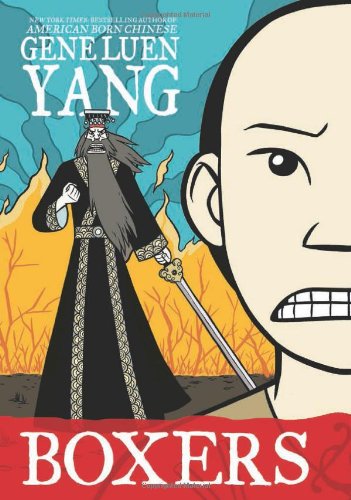 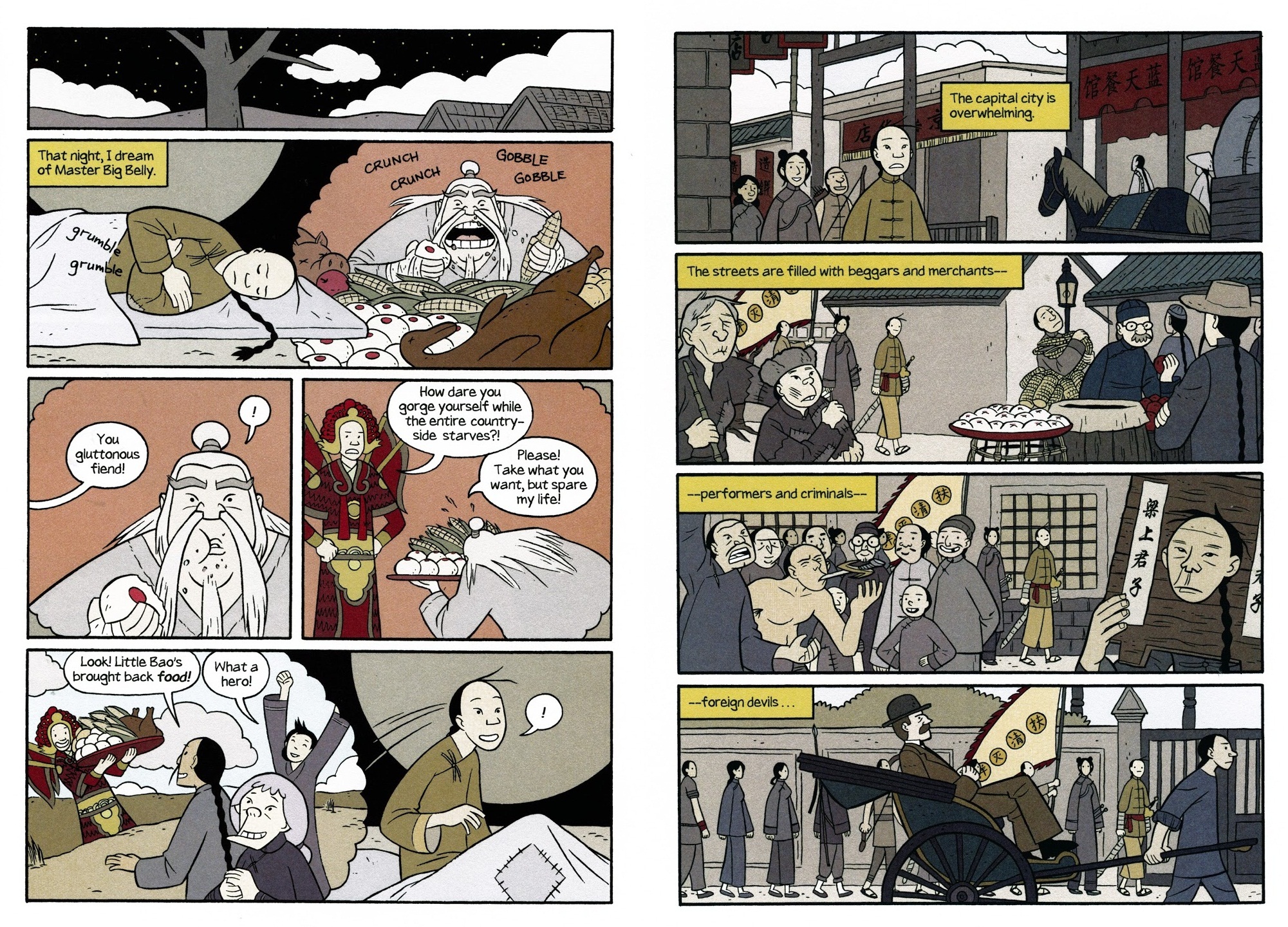 In the final years of the 1800s Little Bao grows up in Northern China, learning rapidly that foreigners may not rule the land, but they hold undue influence, and justice isn’t available to the weak as the imperial troops side with the foreigners. As a teenager, however, he’s inspired by the arrival in his village of Red Lantern Tsu, who not only organises daily kung-fu training sessions for defence, he’s able to access stocks of food for the almost starving villagers.

Boxers is Gene Luen Yang’s exploration of the 1899 Boxer Rebellion, beginning with the causes of resentment, showing how constant concessions to Western Christians made the ordinary Chinese feel like second class citizens in their own country. It’s personalised by the focus on Bao’s growth from a child whose illusions are shattered to a powerful protector of his people. Rather than sticking strictly to historical fact, however, Yang infuses Bao’s struggles with references to Chinese legends. He and his brothers are imbued with the spirits of these legends as they carry out their good work, the Big Sword Society rapidly becoming a threat to established interests. This isn’t, however, a starry-eyed production, and while clearly marking out what motivated his protagonists, Yang also reveals them as xenophobes equally capable of atrocities and with their own fixed ideas of what China should be. It’s a deliberately instructional allegory.

For all the power he comes to control, Yang’s view of Bao remains as Little Bao, the farm boy. He has dreams in which people of great power communicate with him, but has difficulty formulating anything but the thoughts of others. His strongest influence is his avatar, at first an unknown being of formidable power, eventually revealed as Chinese hero Ch’in Shin-Huang, the man who united the seven kingdoms, forming a single nation.

A powerful final sequence reflects on what China is, not just in the present day of 1901, but in perpetuity, what best represents that, and what happens when the core of China is destroyed. In telling this story Yang employs some historical conveniences that may be considered questionable. While he personifies foreign influence as Christian, by far the largest percentage of foreigners were Japanese, albeit allied with other military powers. Such minor picking aside, Boxers is an extremely readable story, educational for all ages, and beautifully drawn in Yang’s deceptively simple style.

Yang simultaneously issued Saints, a closely entwined companion piece looking at the same events from a different perspective. We see its lead character Vibiana a couple of times here, and it features an epilogue to Bao’s story. Boxers and Saints are also available as a combined slipcase pairing.