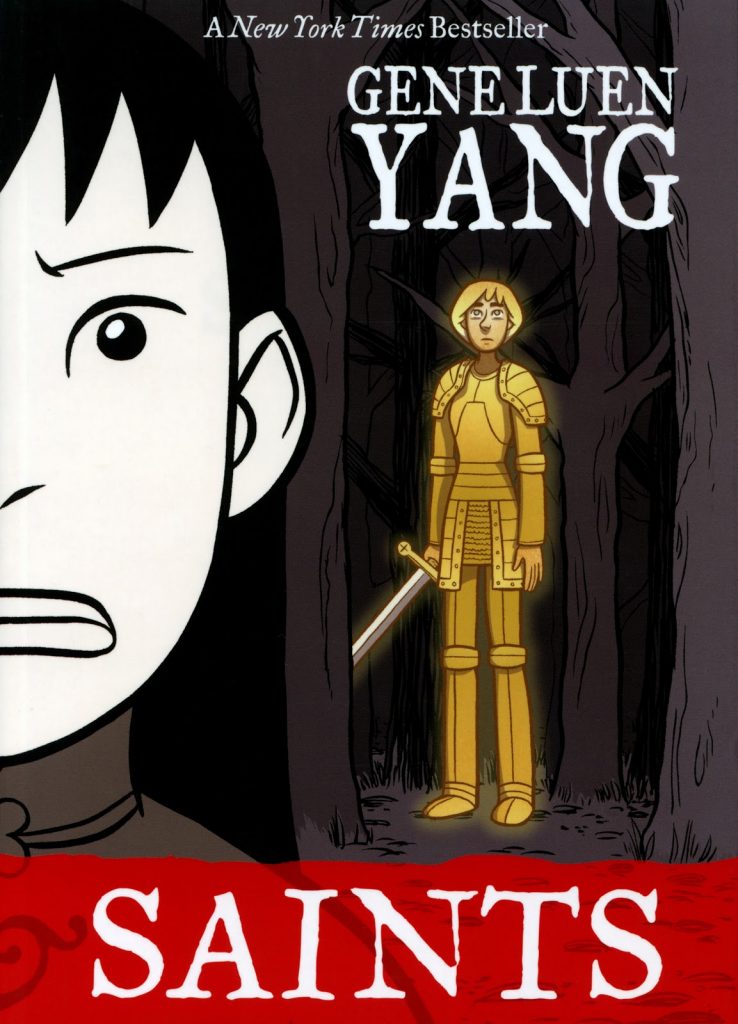 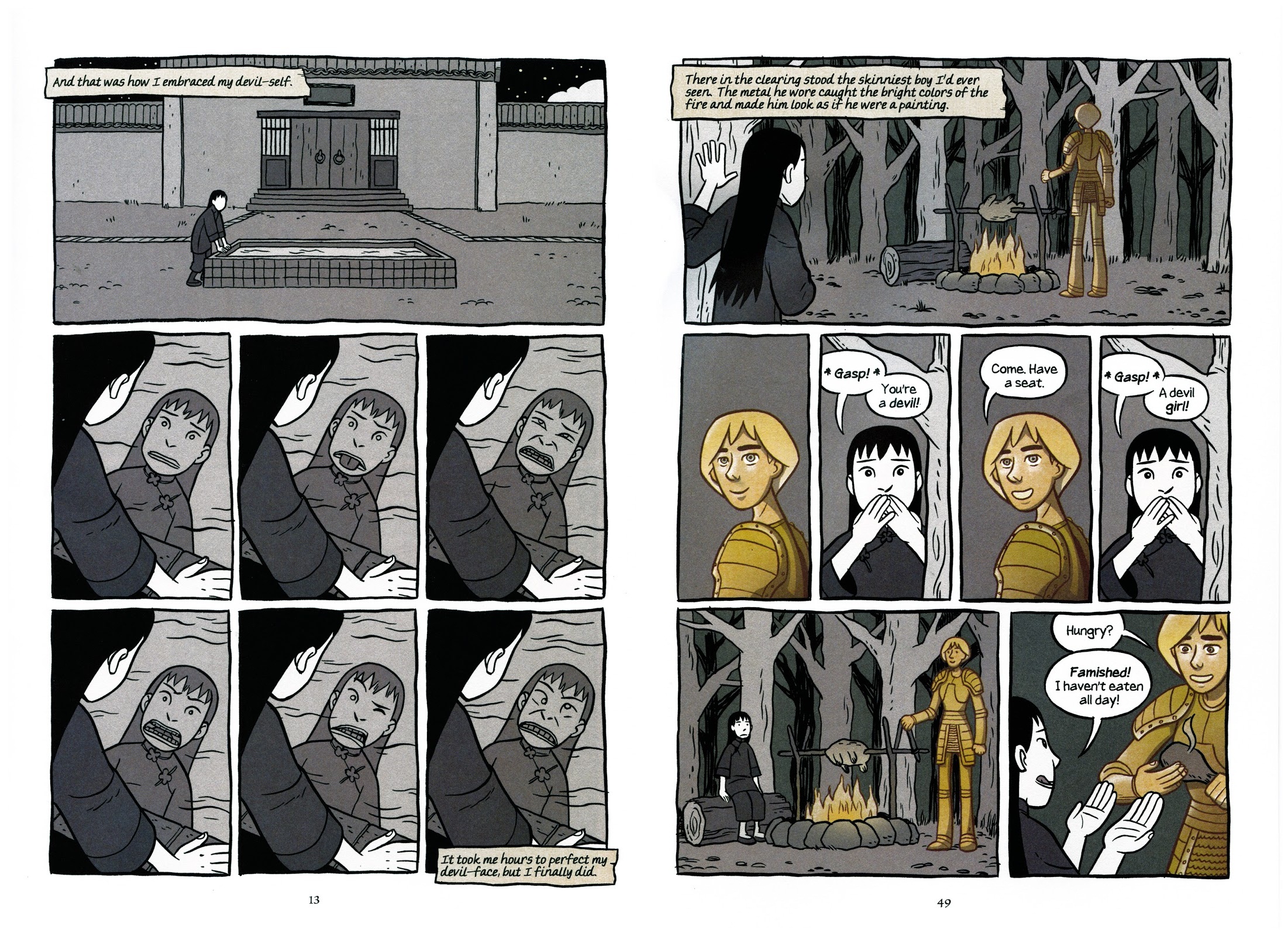 Saints is a companion volume to Boxers, with which it’s available as a slipcased set, and takes a different view of the turbulent times leading to the start of the Boxer Rebellion in 1899. Gene Luen Yang focuses on the girl who becomes Vibiana, considered a devil girl via an ancient superstition equating a fourth daughter with death due to the similarity between the words ‘four’ and ‘death’ in Mandarin. Referred to as Four-Girl, the inhumanity induces sympathy, and her determined response is to wear a devil face in response to her treatment, and she contorts her expression. Eventually she’s taken to an acupuncturist to cure her condition, and although it’s not instant, this is the beginning of her conversion to Christianity.

Yang revisits scenes from Boxers, showing a different effect on assorted people, and runs a parallel theme of divine inspiration. While it might not seem that way to start with, after taking the name Vibiana, hers is a spiritual journey, a faith that blossoms through acceptance from others contrasted with the rejection of those who should love her. Yang’s point may be simply made, but it’s effective. Vibiana has visions of Joan of Arc, who guides her during times of need or doubt, and Vibiana accepts this unquestioningly.

While variations on scenes that played out in Boxers are a clever device, the allegories of Saints make for a far simpler story and one that’s ultimately less satisfying as there’s never any real foundation to Vibiana’s faith. Comparisons with Bao from Boxers are designed, both protagonists swept along by events, but Vibiana blows in the wind, her certainties never solidified. Anyone who’s read Boxers is aware of what awaits her, and that’s presented here in greater detail, prompting a surprising ending with further biblical allegory.

Saints is very readable, just not the tour de force Boxers is.