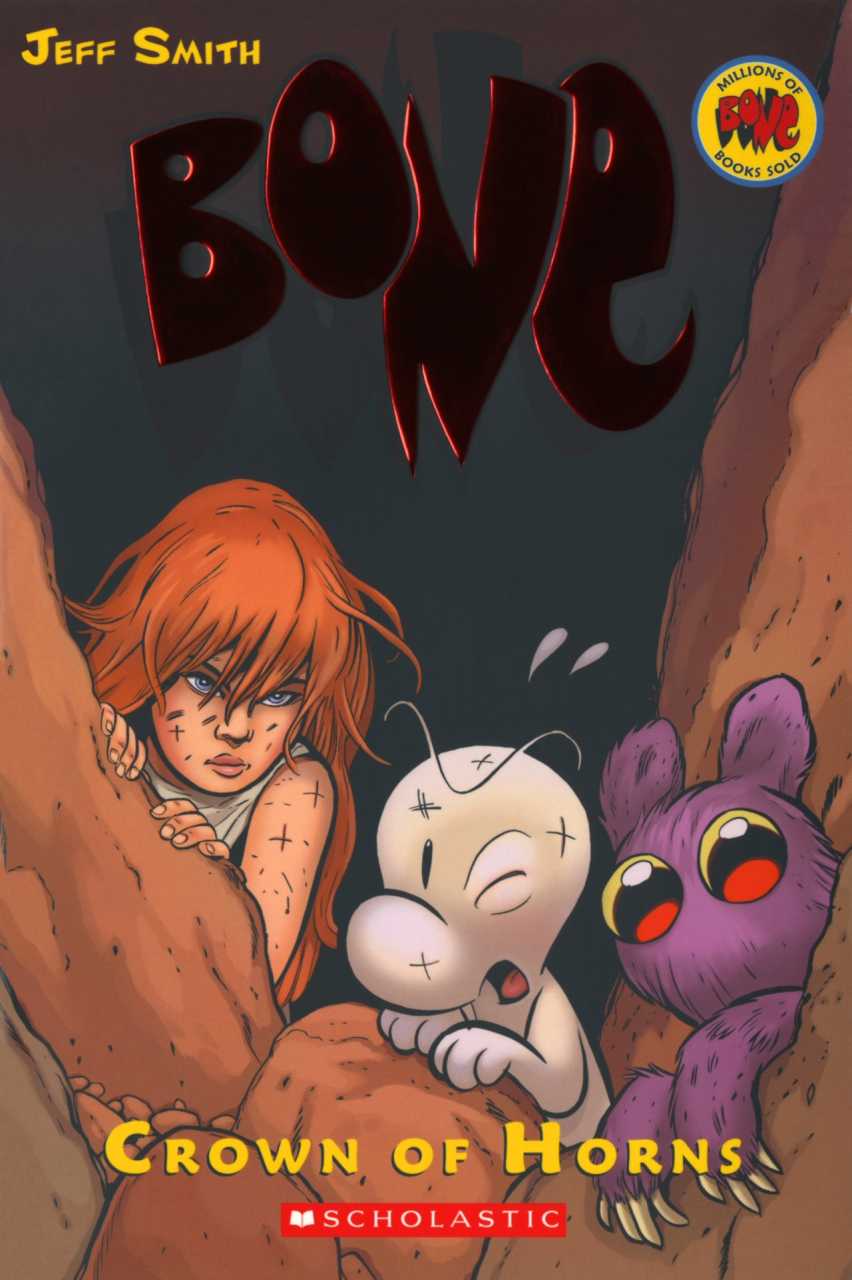 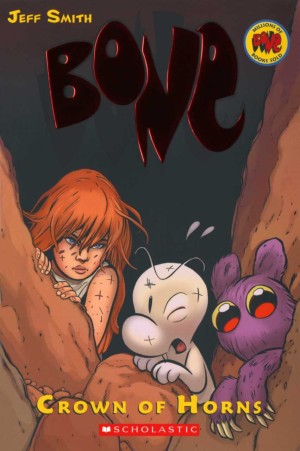 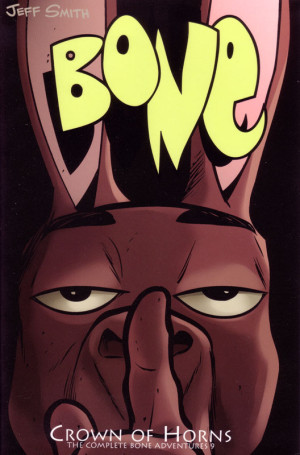 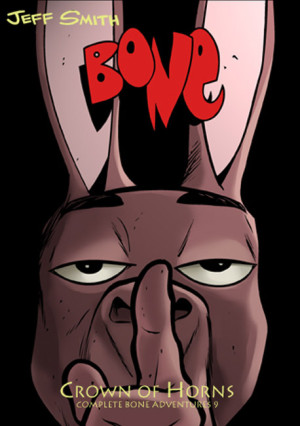 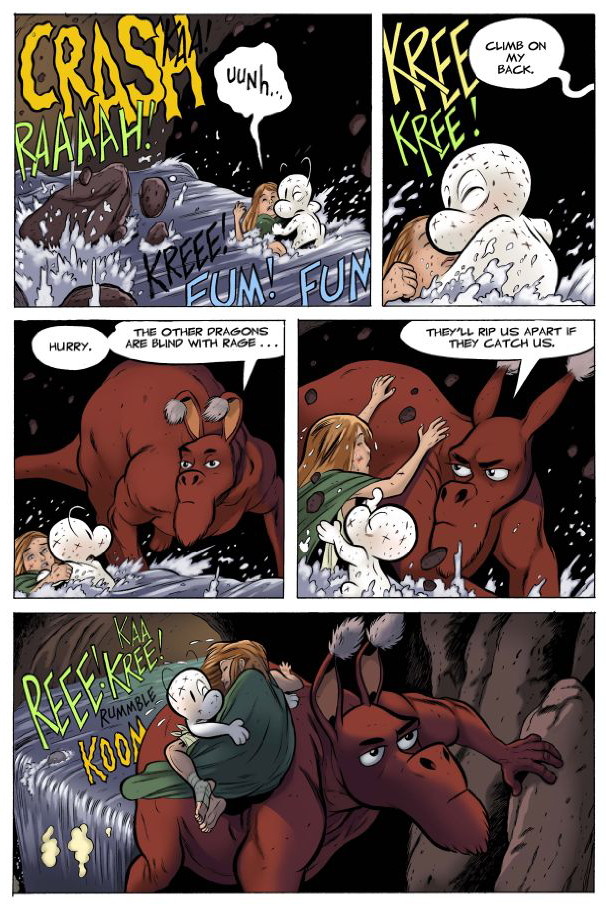 And so we reach the end of Bone, with Atheia under siege and everything looking rather grim for those representing good in the world. The previous book, Treasure Hunters, concluded with the capture of Fone Bone and Thorn, but it appears they do have allies despite the city’s protectors having been usurped.

This is a splendid conclusion, and anyone who’s enjoyed the series since the fantasy elements came to predominate is hardly likely to be disappointed. There’s action, danger, miraculous escapes, narrative sleight of hand and plenty more to keep the pages turning until the end. Among it the crown of horns giving the book its title.

Between all that Jeff Smith still has the time for the humorous interludes at which he’s so adept. A whimsical joke repeated throughout is one of the rat creature’s fondness for quiche, and that has its final and best airing here in a slapstick sequence displaying Smith’s mastery of comic pacing.

The final chapter of the main story concludes the action relatively early in a manner that may seem all too convenient in isolation, but which has been set up previously via myth and prediction. While not without its sadder moments, it’s generally uplifting, and followed by two short codas in which a few loose ends are tied up, not least whether or not the Bones intend to remain where they are or return to Boneville. With the threat concluded, these crank up the humour and charm prioritised in the opening books.

It took Smith over a decade to complete what can justifiably be described as a fantasy epic like no other. It’s a magnificent achievement, thoroughly readable throughout for both adults and their children, and has already stood the test of time.

All Bone volumes are available in both black and white, and in colour. It’s debatable whether the colour is at all necessary overall, but one aspect where it emphatically does add to the mix is with the rat creatures and their distinctive large red eyes at night. This book has a great opening sequence of them sweeping throughout the countryside that is improved by colour. It was added by Scholastic Books as considered to have greater appeal for the general market, and Smith took the opportunity to modify the story slightly for the colour publication, altering some dialogue, and occasionally removing or adding material. Those who’d prefer the entire series in a One Volume edition also have the option of colour or black and white.

Much as many might have wished it, Smith has made no sustained return to the Bone characters in comic format. Rose takes a look back into the past weaving a tale around much of what was revealed throughout the series, but his next project was the altogether different Rasl. Smith has, however, combined with Tom Sniegoski on a trilogy of novels set in the Bone universe. 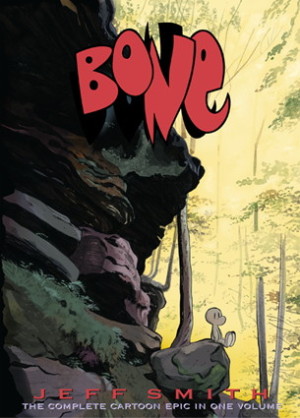 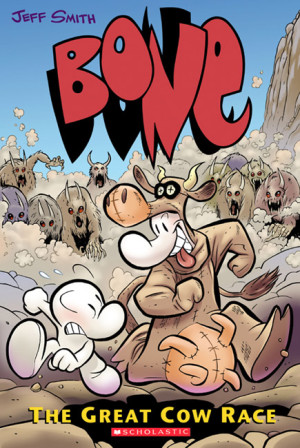 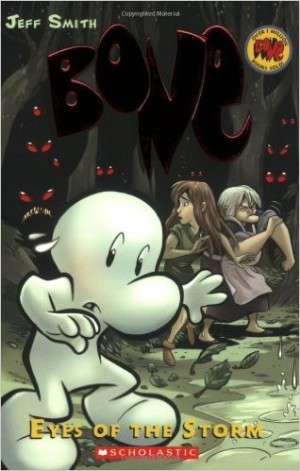