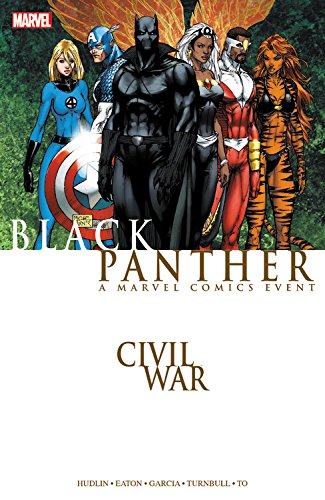 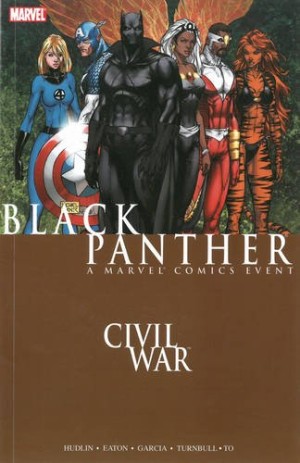 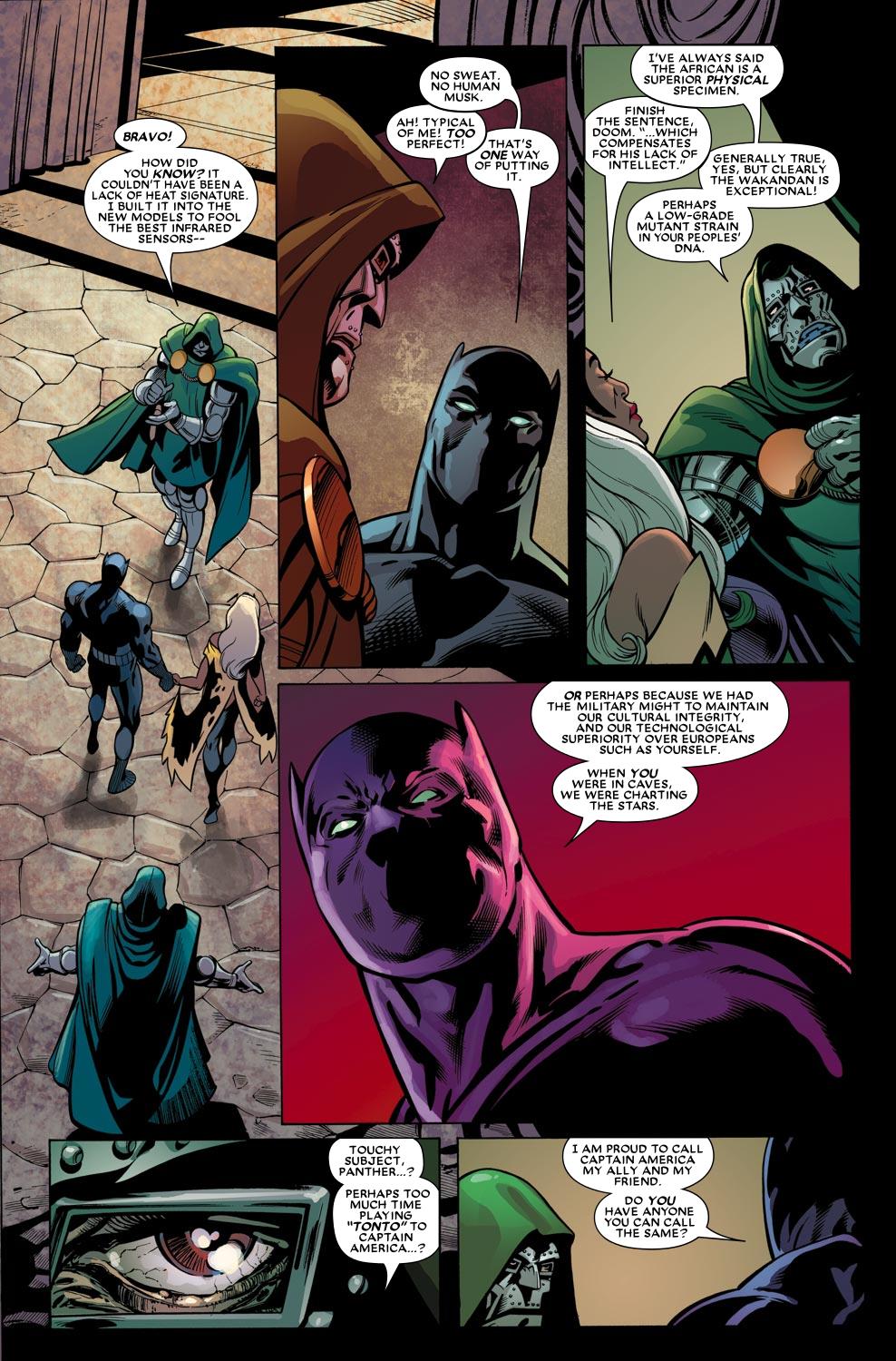 It has been pointed out to T’Challa, the Black Panther, by Doctor Doom surprisingly, that people fear an incredibly wealthy ruler of a technologically advanced state. He and his new wife Storm decide the solution is a goodwill tour of the world’s influential rulers.

They start by dropping in on Doom, and follow that with visits to Black Bolt on the moon, Namor in Atlantis… and the credibility drops through the floor even before he hits the USA. In each case the Panther ends up in conflict, Hudlin possibly intending to convey just how powerful he is, but the plots are recklessly contrived. Protagonists act out of character to provoke conflict, not always physical, and that’s poor. Testing the Panther against Captain America has an obvious symbolic appeal, but even the rationale setting this up is hollow.

Having managed to minimise the intrusion of the Civil War crossover material in The Bride, Hudlin here embraces it wholeheartedly. He has the Panther conclude that the government registration of superheroes in the USA is wrong, too many of his friends are involved, and this supersedes sovereign neutrality. Into this is sifted a plot about US government concerns regarding the Panther, in essence much the same as those Doom has brought up. It’s played out in very broad strokes, and intended as commentary on US foreign policy at the time the book was written. Hudlin has a point to make, and it may be correct, but what was handled relatively well in Who is the Black Panther? is extremely heavy-handed here.

Added to this, Hudlin has a very verbose storytelling style. Differences of opinion and discussions between characters are verbalised, excessively so, and not always in the most convincing fashion. All too often the dialogue reads as such, rather than anything people would naturally say.

Various artists contribute, the best of them being Manuel Garcia, who has a naturalistic touch rendering both action and emotional scenes credible. On the other end of the scale is Koi Turnbull who commits crimes against anatomy in the name of dynamism, depicting the supposedly lithe Panther as a steroid-infused hulk. Marcus To and Scot Eaton (featured art) are both solid.

Some sequences are effective. Storm facing off against Thor has a cinematic escalation, and the Panther taking on Iron Man centres on a plot device earlier foreshadowed and well worked in. Namor’s provocation is in character, but mixed in with a mundane Invaders episode, and Hudlin’s establishment of friendships that disagreement doesn’t sever is very welcome.

The ending is somewhat abrupt, and Four the Hard Way moves into the Civil War aftermath.