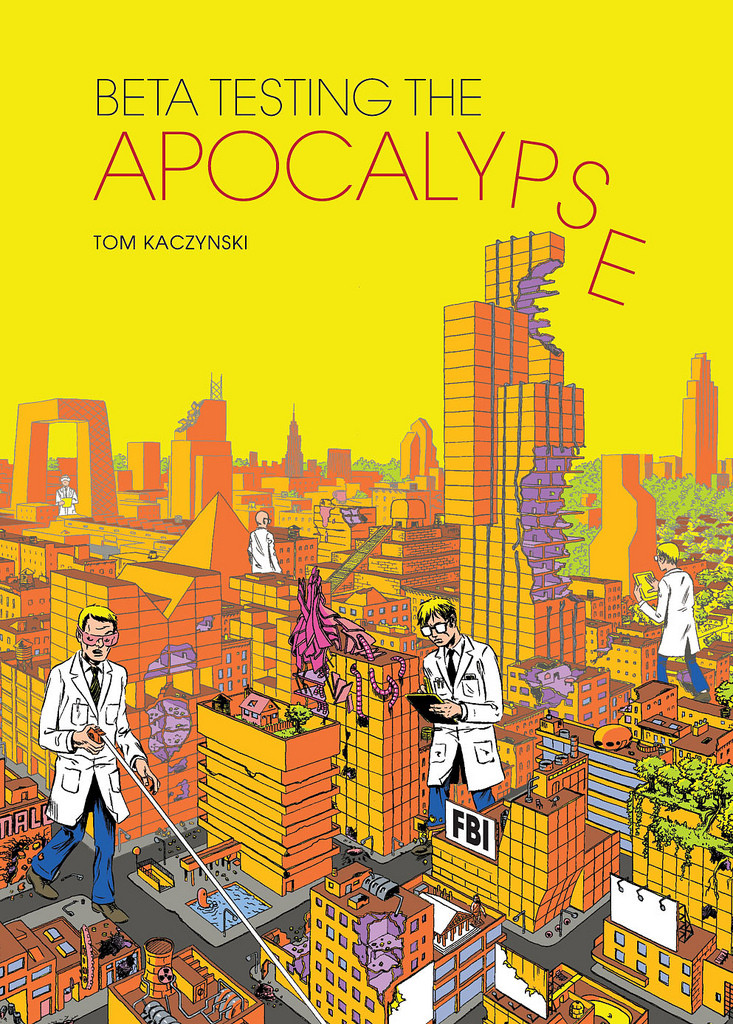 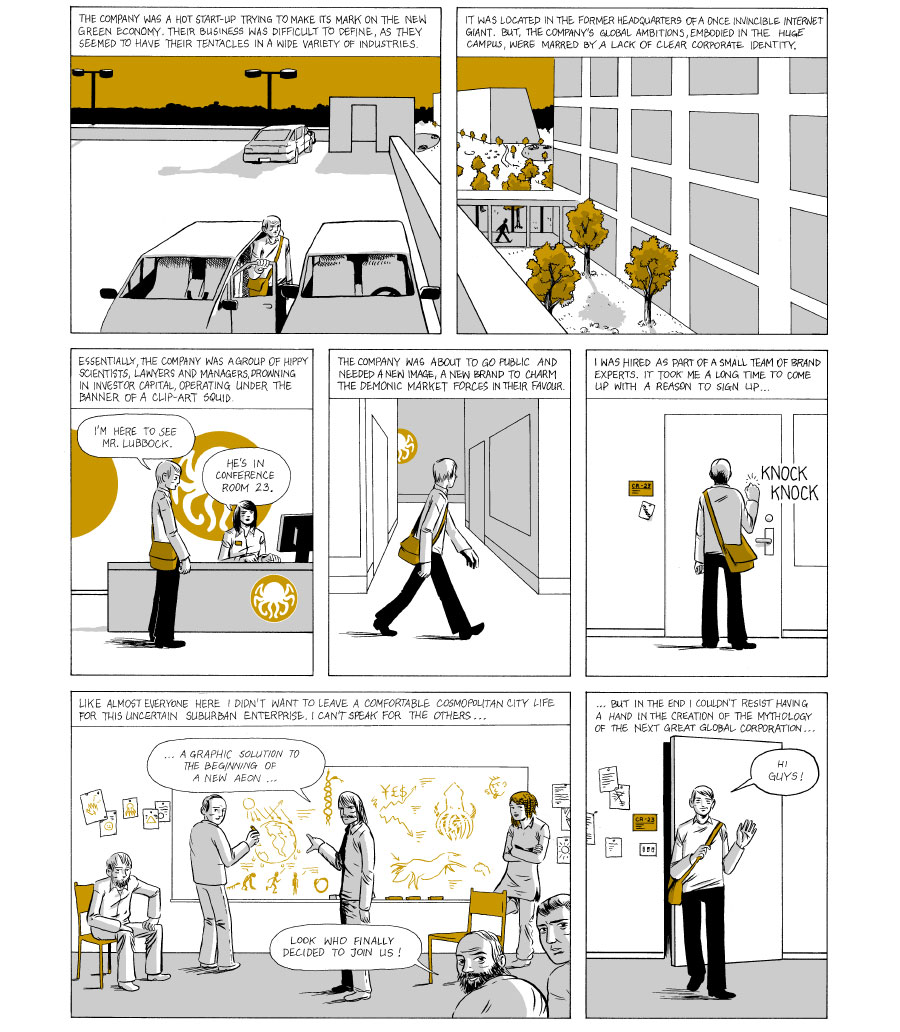 If these stories are science fiction, it’s not the space opera of Star Wars, but the more sociological SF of J.G.Ballard, recently popularised with the film of his novel High Rise. Kaczynski similarly observes the present, points to the future, then escalates this to its ultimate conclusions. The ‘Apocalypse’ here is no sudden attack from external enemies, it’s in the processes around us. He flips the positive labelling of ‘development’, and presents progress, for all its benefits, as somehow alienating us from our primordial, deeply remembered roots.

These pieces are part story, part illustrated essays on urban living: a little Sex & the City, but more ‘Psyches & the City’. The cover blurb refers to it as a ‘treatise’, which is more in depth than an essay, “and more concerned with investigating or exposing the principles of the subject”. That rings true, but don’t be put off. Apart from a few single page ‘proclamations’, these ideas are embodied in human struggles. Kaczynski’s avatar(s) face their individual apocalypses, as they recognise the depth of their alienation (‘10,000 Years’); suffer endless commutes (‘100,000 Miles’); or live in the metaphorical and literal shadow of gentrification (‘976 Sq. Feet’). In the latter, he’s less a protagonist, than an observer and reporter, as those around him succumb to a malaise apparently linked to construction work.

‘Phase Transition’ starts with a man bemoaning the inadequacy of technology to protect us from our environment, triggering, in a piece of lateral thinking, a search for his more primitive self. The second ink colour is nicely used to signal his progressive change of ‘phase’. There are similar themes in ‘Million Year Boom’ when ‘Tom’ goes to work in the corporate tech campus incongruously named Wilderness Estates. His job is branding: but for what exactly? He experiences both the futuristic and the primal, and the ending is elegant, as he captures them both in a symbol.

The stories are collated here in chronological order. It makes sense, as we see Kaczynzki developing recurring themes. There’s humans controlling their environment: from Neanderthals choosing caves, to vast architectural and city-planning projects; literal or imagined journeys from the heights of helicopters and tower blocks to under-water, and underground tombs. Initially stories are drawn in a deliberately, dry, sterile style, with technical pens and mechanical dots perfectly evoking new concrete, and fluorescent lighting. When he moves to a looser brush style, it’s appropriately on the back to roots experiment of ‘Music for Neanderthals’.

‘The New’ is just that – previously unpublished. Freed from anthology page allocations, Kaczynski seems to relish the greater space, stretching out from the crammed little boxes redolent of city apartments and work cubicles, with two page spreads, creative layouts, significant scale changes and blank spaces. Continuing the themes, it’s set in Uruk, the pioneering ancient city. We find out about its historic past, while seeing it as a present/future megalopolis. The myth of the city’s creation is told and re-told, wittily using the same panels, with a different interpretation. The geometric towers reach into the sky, while on the ground and below, the mysteries of the past brew. Into this ‘Tom’ is summoned to “restore the city’s stature”.

Some of these ideas may seem familiar, yet are pursued with smart, only slightly ironic, wit. They intrigued in Mome, but together accrue a cumulative power. It’s probably not for everyone, but if the blueprint appeals, you should be satisfied with the finished edifice.