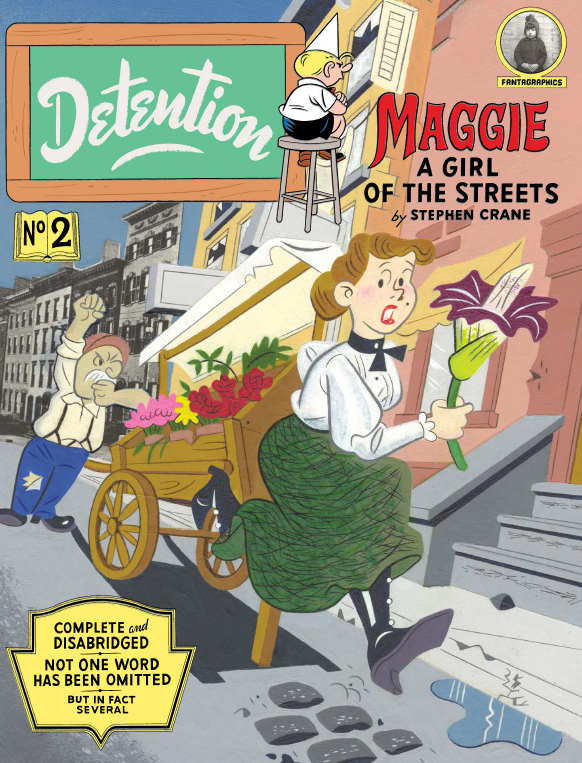 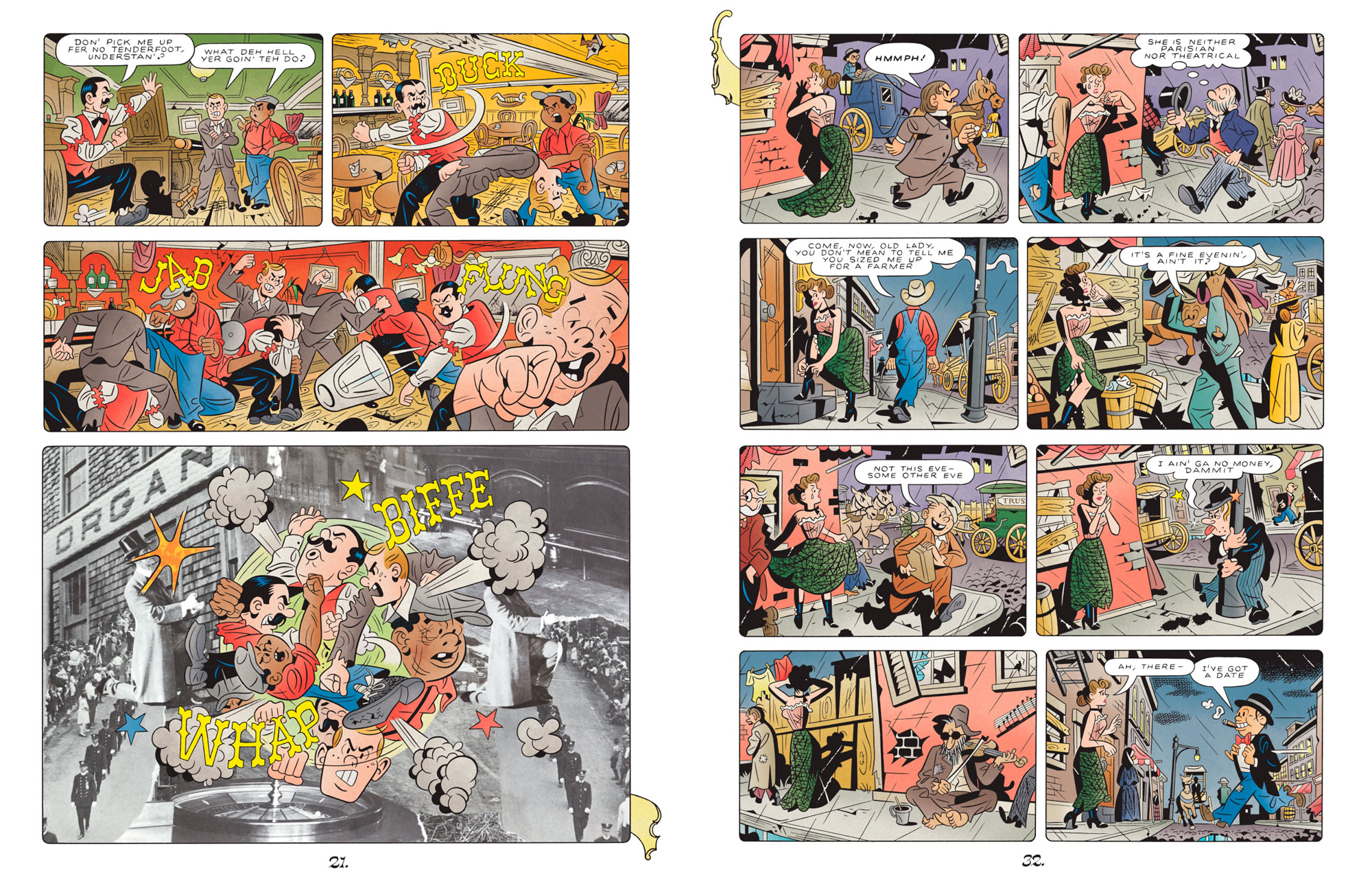 Detention #2 is a large-format (32cm x 25cm), colour book at exactly the same dimensions as Tim Hensley’s previous Sir Alfred No. 3. If you have seen that, the number in the title should clue you in that Hensley is in similar territory to Sir Alfred with this new work which parodies the approach of Classics Illustrated, a publisher who produced comic adaptations of literary classics (“the world’s most beloved stories”) to encourage young readers to engage with “the world’s greatest authors”. Each book was condensed, or “abridged” as they put it, into a simplified form of highlights to fit 64 pages of comics. The titles varied from heavyweights Crime and Punishment, The Iliad and A Tale of Two Cities to The Three Musketeers, The Count of Monte Cristo, and The Time Machine, but were pretty much all the kinds of wholesome family viewing you could expect to see in Hollywoodised Technicolor films on your television on a Saturday afternoon.

So the first joke of many is that Maggie: A Girl of the Streets could never have been chosen for adaptation. It was the first book by Stephen Crane who became a literary sensation with The Red Badge of Courage, a landmark title of American literature that has never gone out of print. But Maggie is the grim story of a young woman who grows up in a slum, tries and fails to escape the brutal poverty of her surroundings, is finally driven to prostitution and then dies violently and prematurely. It’s perfect material for Hensley’s pretend Detention publisher whose mission is to scare juvenile delinquents back onto the right path with cautionary tales.

Hensley’s crisp drawing, meticulous lettering and muted colour has a 1950s aesthetic although the Archie/Hi and Lois-esque look would have been too cartoony for such a tragically ‘serious’ book. He uses that inappropriate fit between style and subject to create a bizarrely alienating presentation where the oddness of his jolly pictures is more disturbing than conventionally naturalistic illustration. Crane’s dialogue is famously all colloquially spelled to try and evoke the Bowery streets, without explaining any of it (“Dat Johnson goil is a puty good looker” says a man watching Maggie walk past. “Mag, yeh’ve edder got teh go on d’toif or go teh work,” her brother advises her). By reproducing it Hensley hugely increases the sense of dislocation.

To further play with your expectations of what a ‘faithful’ adaptation should do, he uses recognisable 1950s comics characters as members of his cast. Young Maggie and her brother Jimmie are modelled on Dolly and Billy from newspaper cartoon Family Circus, her baby brother Tommie is ‘played’ by Swee’Pea from Popeye, and other characters come straight from the pages of Don Martin, Milt Gross and even a Tezuka-styled manga princess whose big eyes mark her out as ’The Woman of Brilliance and Audacity’. There is much more to decode and unravel in this exercise in meta commentary that includes several more short strips (and a guest appearance from Jack Kirby) but you will know by now whether Detention #2 is on your wavelength.

If it is, the print run is limited to 2000 copies so don’t wait too long to pick this up, and as it’s not listed on Amazon your best bet is direct from publisher Fantagraphics. 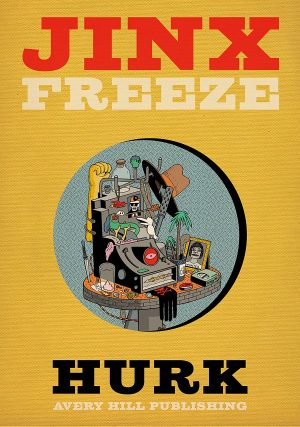 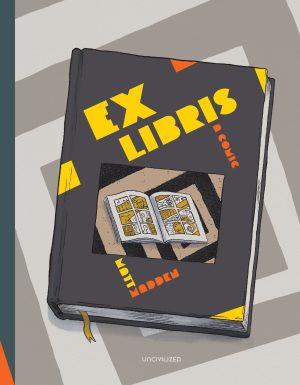 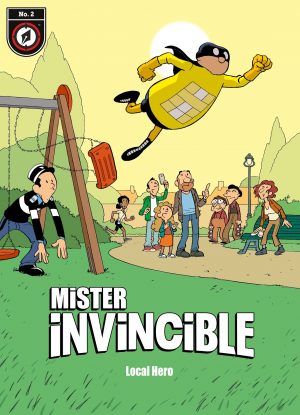 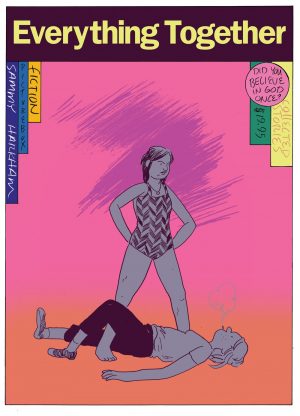