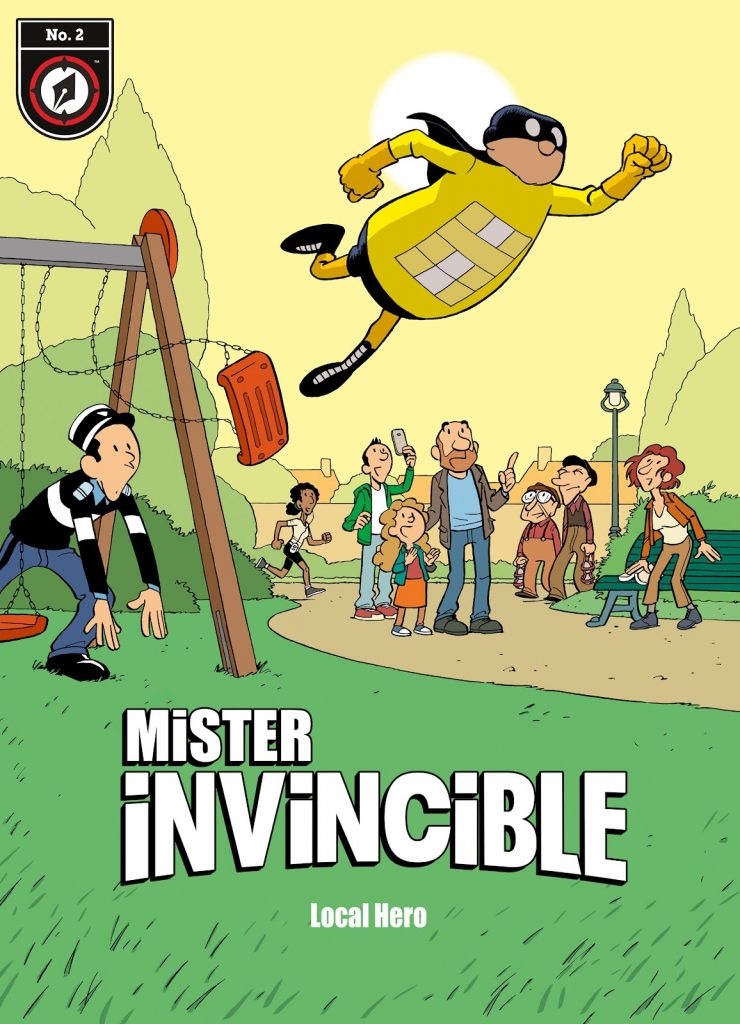 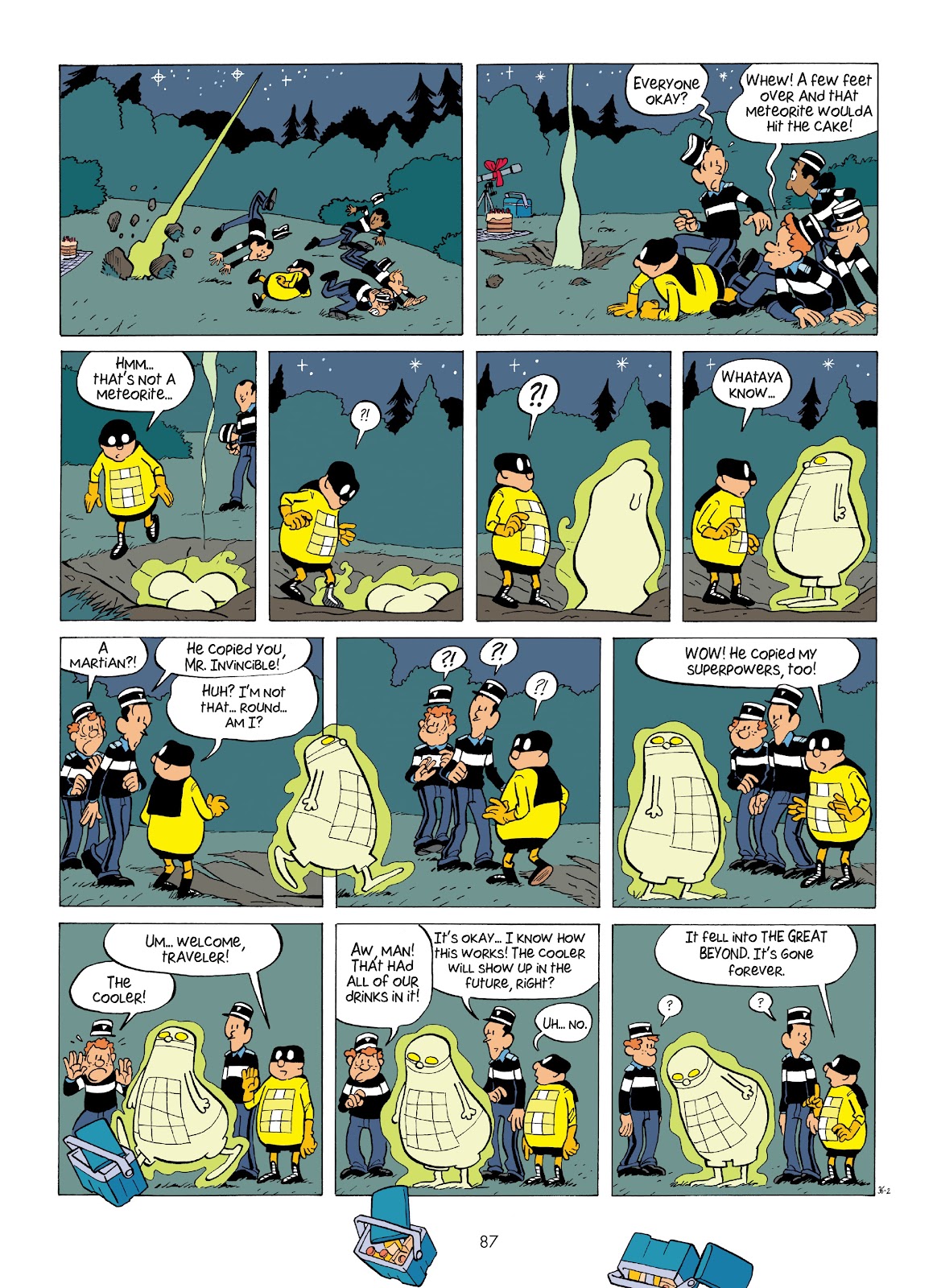 It’s a truth to say there’s never been a superhero like Mister Invincible. He might not look like much, and is often seen carrying his bags of shopping around, but Pascal Jousselin’s imaginative toying with the form of comics ensures he’s unique. He doesn’t just defeat villains by beating them up, his methods involve co-operation from himself on a later panel, perhaps throwing something up or across. The people he meets similarly exploit the surreal possibilities of comics, this time including a woman living her life backwards and the regular mad scientist constructing an alternate reality machine.

Mister Invincible 2 differs from the first volume by virtue of single page strips being the rarity. While some of the longer strips are clever, others just don’t have the same impact, as the set-up takes too long. Transporting Mister Invincible and his eccentric allies to the USA might seem like a novel idea, but it occupies around a third of the book and too many of the pages just have them wandering around with no strange super powers involved. When Jousselin gets to the point there are clever moments and he again uses a different method of toying with the possibilities of comics, featuring someone able to mess around with colour, but less would have been more. The second longest story about an alien arriving on Earth (sample art) is more fun, and introduces the concept of the Great Beyond, over which even Mister Invincible’s special abilities hold no sway.