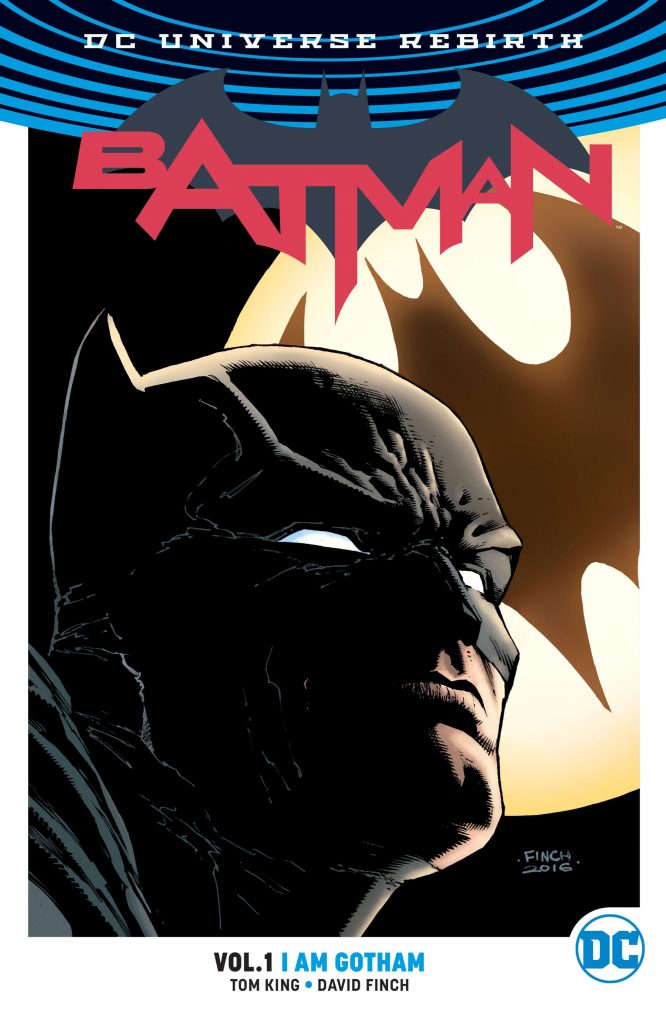 With all the Batman stories that have seen print since his introduction in 1939, it might be assumed that there’s nothing new that can be done with the character, that all that remains is variations on some degree of the familiar. Well, it’s one almighty statement of intent by Tom King that the first episode he writes alone in this collection punts that theory out of the window via rocket ejector. There’s a plane coming down in the middle of Gotham. The high level heroes who might be expected to prevent that sort of tragedy are off planet. Can Batman stop it? It’s a thrilling ride, with David Finch’s imaginative layouts and refined figures showing the way.

The volume title is clever. The obvious connection is that it refers to Batman, which it does to some degree, but there are a couple of new heroes in town with Superman-level powers. To this King adds a fair smattering of Batman’s other foes, some of them surely dredged up from his childhood, and sends someone else to Gotham, someone Batman already distrusts and whose methods he despises. It’s a heady brew, with plenty of reasons to drag anyone from chapter to chapter.

Foremost among them, though, is Finch. How good is Finch at Batman’s world? He’s already impressed on previous Batman projects, but these pages are even better. There’s a solid synthesis with King’s script that produces some amazing results. Early on there’s a scene where a reluctant Bruce Wayne has to attend a charity function. Finch supplies his visit in the beautifully composed page on the right of the sample art. It’s curt and clear, telling us everything we need to know. Ivan Reis, a very solid superhero artist contributes the final chapter, but even he’s not as good as Finch. Mikel Janín is more design-oriented for the opening chapter, breaking down spreads to have a bat emblem outline, and other effects. It’s ornate and impressive work, which is just as well, as most of the following I Am Suicide is drawn by him.

Because it happens so frequently now, in all but the young and extremely enthusiastic a relaunch generates a feeling of ennui, as much a dropping off point as a leaping on point, but King and Finch ensure I Am Gotham is a fantastic looking graphic novel and one where the pages turn. An alternative purchase is the combination of this with I Am Suicide in hardback as the first Batman Rebirth Deluxe Edition. 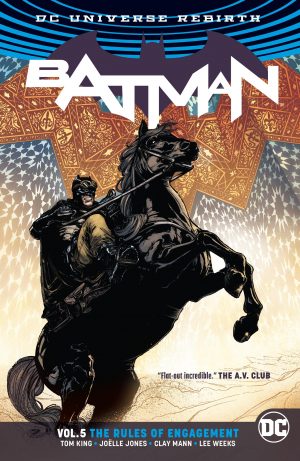