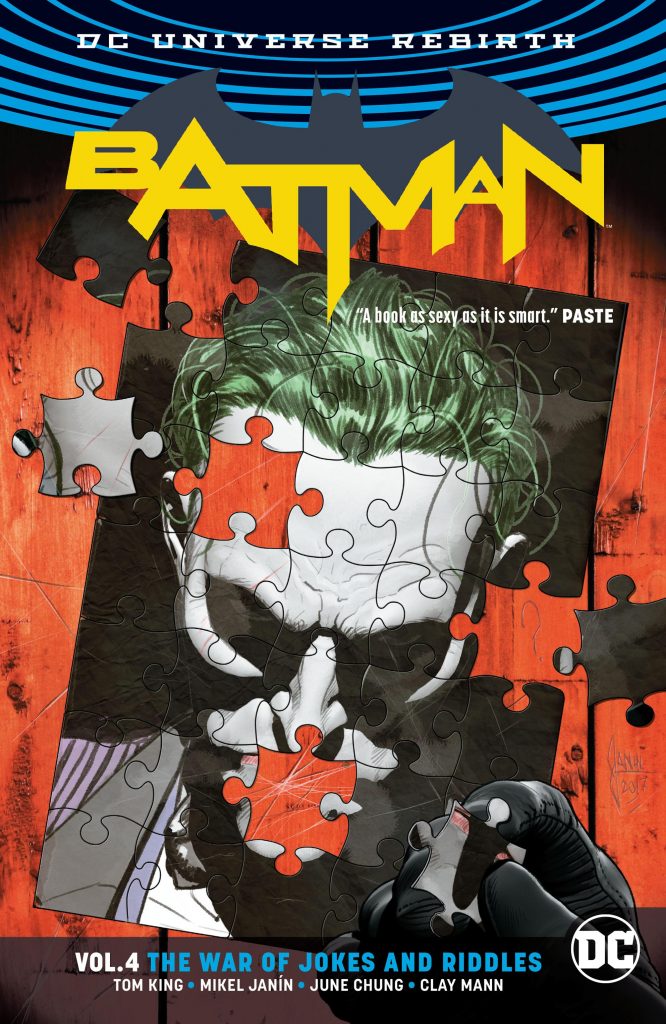 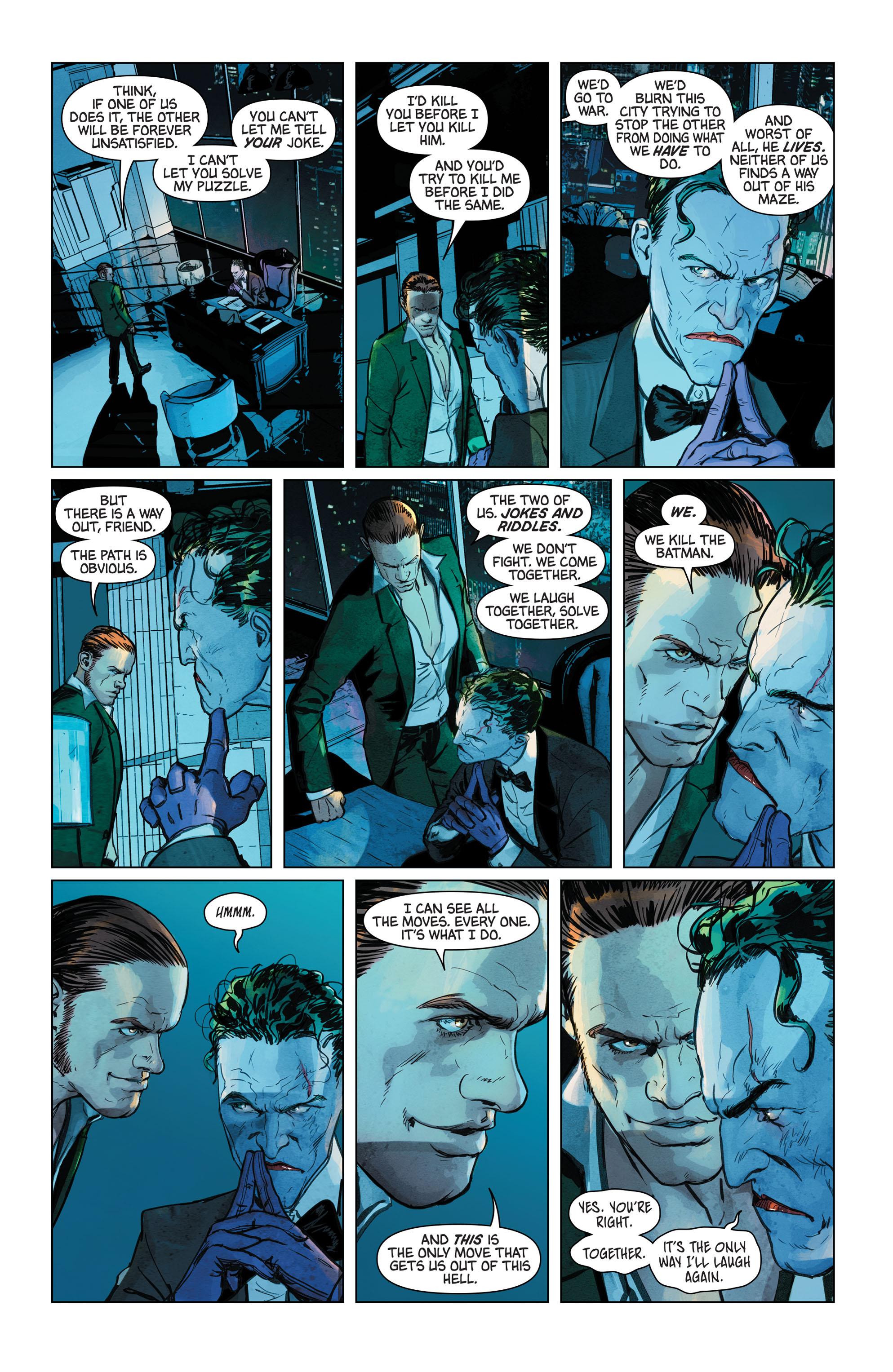 On a few occasions in his earlier Batman work Tom King has dropped mention of an event in the past referred to as ‘The War of Jokes and Riddles’ and now reveals all. There’s an utterly chilling opening showing stand-up comedians performing their act for the Joker. If he doesn’t like it, he kills them. There’s a large pile of bodies in front of the stage. That’s just the beginning of an absorbing opening chapter explaining why the Joker and the Riddler are at war, overlaid with Batman’s tortured narrative captions, flaying himself for not nipping it in the bud.

From that opening point, Tom King never lets the tension slide, as the Riddler and the Joker have at each other with no concern for the ordinary Gotham resident, each collecting other criminals to their sides, but remaining out of Batman’s reach. The narrative is Batman relating the story to Selina Kyle. It’s established as early in his career, and he underlines the horror by relentlessly naming the innocent civilian casualties and providing brief backgrounds, as if those people are indelibly imprinted on his mind. King consistently pre-empts some obvious questions, one being why Batman can’t end things easily, another being why the wider authorities aren’t involved, and each chapter has a different mood to it, such as all out war between snipers being followed by dinner with Bruce Wayne. Because of the way the Riddler operates and what the Joker is searching for King peppers the story with riddles and jokes, and what he produces is far more sophisticated than the usual fare, even when it’s deliberately poor. That’s key to the entire story, which comes down to what a joke is and what a riddle is.

There have been Batman stories where the plotting is first rate, but let down by substandard art, so no-one remembers them today. Mikel Janín ensures that won’t be the case with The War of Jokes and Riddles, producing something striking on almost every page, whether it’s an imaginative layout, a nice piece of symbolism, a spectacular spread, or sometimes just a brilliantly appropriate expression on someone’s face. King’s obviously noted a talent for this, as throughout the book there are several remarkable pages of a character just thinking or speaking, the expression on their face changing as they do so.

Janín isn’t the only artist. In passing over the previous three books King has used third rate villain Kite Man as the punchline to a joke. In a book where jokes are important he turns that around by presenting Kite Man as a figure of pathos rather than fun, but also one with resources, and Clay Mann illustrates a couple of interludes, integral to the main story, with Kite Man as the focus. Mann also has a way with a spread, and while his overall layouts don’t match Janín, he’s no second rate pinch hitter.

Clever, captivating and complex, The War of Jokes and Riddles is a stunning piece of work with great emotional depth. If King’s Rebirth run on Batman until now hasn’t been quite as good as some people will tell you, this is a story that ranks among the best Batman has to offer. It’s also found in hardback as part of the seond Batman Rebirth Deluxe Edition. Rules of Engagement continues his material.