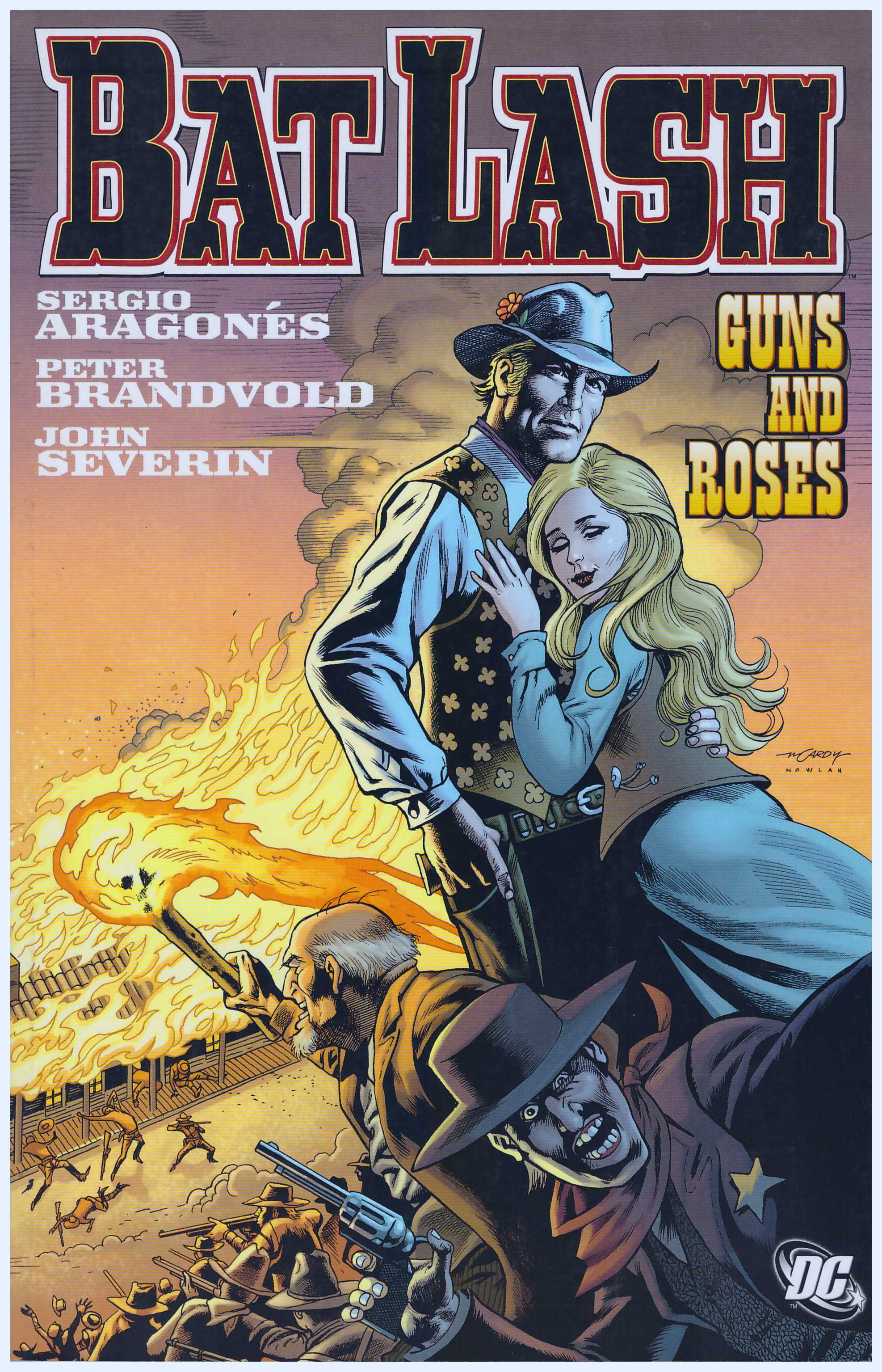 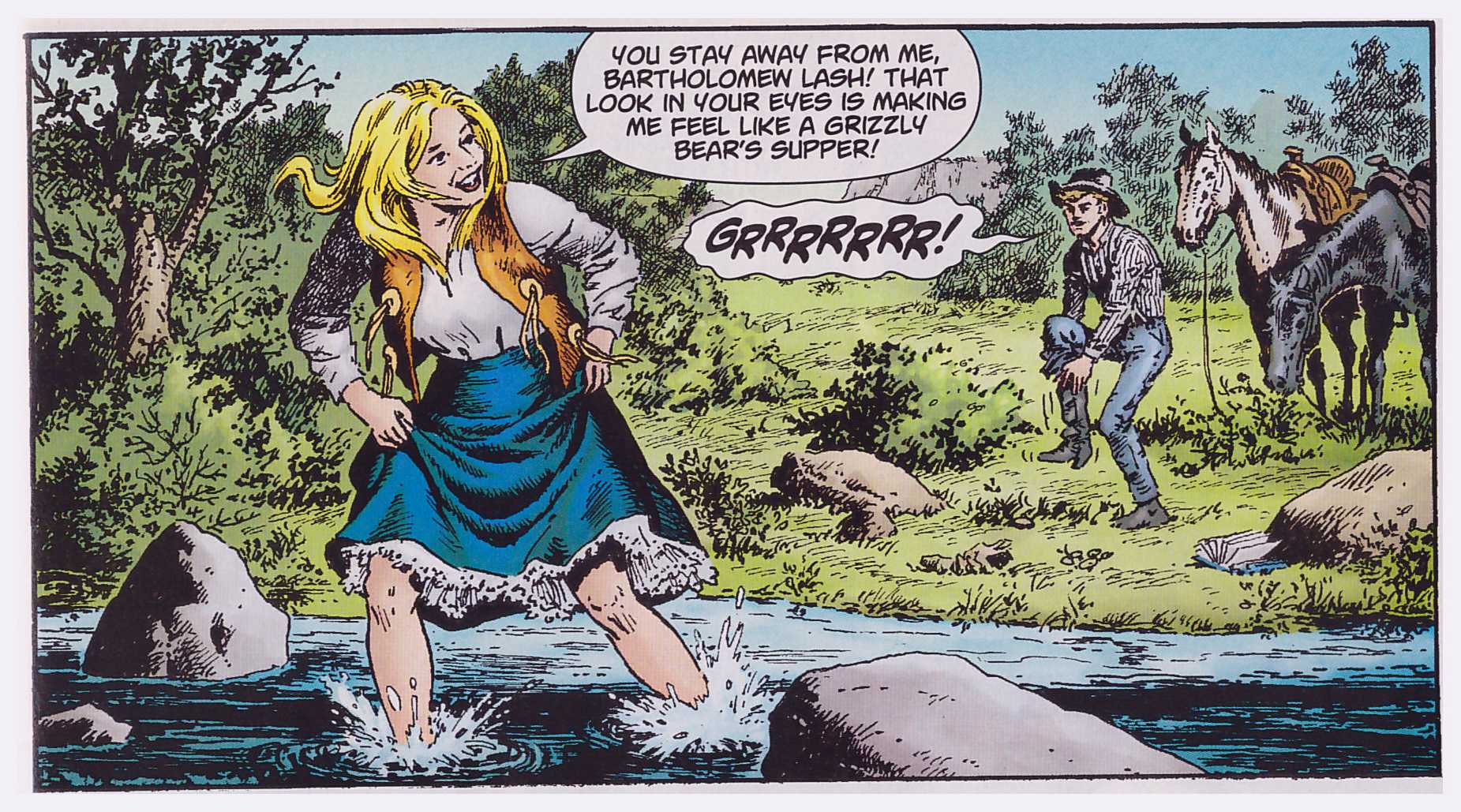 The 1960s Bat Lash series, reprinted in Showcase Presents: Bat Lash, dedicated one issue to the circumstances that led to Lash becoming an itinerant gambler and womaniser in the old West. It was a story that tugged at the heartstrings, and one that Peter Brandvold and Sergio Aragonés considerably revise here, weaving a compelling tale around a different set of tragic circumstances.

Lash is the almost adult son of a family with a small Texas ranch, and is becoming far too close to Dominique Wilder for the liking of corrupt Sheriff Brubaker. Wilder’s family are Texas royalty, and she’s been ordered to stay away from Lash, her life further complicated by Brubaker’s belief that he’s to marry her. As would be the case so often as he wandered from town to town, women are the source of Lash’s downfall, but at this age he’s not yet developed the love them and leave them mentality that characterised his later life.

Brandvold brings an element of grittiness over from his novels and while all western life is here it’s never presented in a clichéd manner. Aragonés has a chance to rectify an element he objected to in the original series forty years previously. An issue written by artist Nick Cardy portrayed Native Americans in the menacing Hollywood style of the movies Cardy grew up with. The Commanche here are altogether more dignified and delivered with an understanding of their way of life.

When he started to draw this book John Severin was 85, but there’s not a hint of deteriorating skills and he brings a lifetime of exemplary draughtsmanship and craft to the story. His people are natural and well characterised, there’s never any confusion as to what’s happening, and he never skimps on the period trimmings or the background detail. Here’s a master at work maintaining the standards he hadn’t let slip in over 50 years.

Enjoyment of this book overall depends on the enjoyment any reader derives from the genre. Some won’t go near westerns, and in this case that’s their loss. 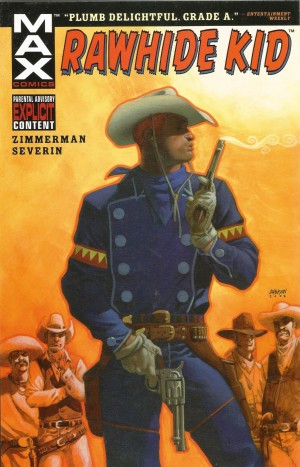 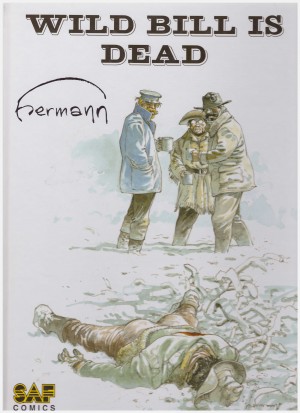